Major of the week – Environmental Studies 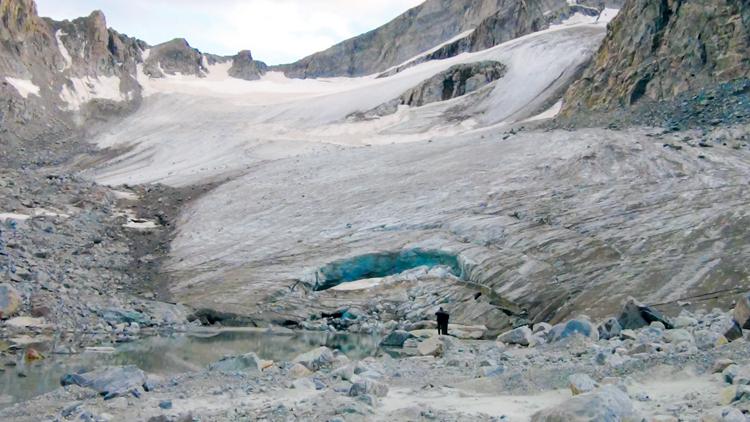 Students in the Environmental Studies program at UND study the processes of managing natural resources, understanding the environmental impact of humanity as well as preserving ecosystems such as the Knife Point Glacier (pictured).

Next fall, UND will begin recognizing a brand new major. Under the guidance of the geography department, students will have the option of earning a Bachelor of the Arts or a Bachelor of Science in Environmental Studies.

According to the proposed catalog language for the two programs, environmental studies will “provide the necessary interdisciplinary training to prepare graduates to analyze environmental problems and develop solutions.”

The B.A. degree has more of a liberal arts structure and is designed to suit the individual interests of the student. Much of the curriculum is focused on studying and developing environmental studies.

The B.S. degree dives deeper into environmental science, rather than policy.

Dr. Gregory Vandeberg is the Chair of UND’s Geography Department and has been an active part in the environmental studies program since last fall.

“It has a more rigorous core science in biology, mathematics, chemistry, and then from there it really opens up,” Vandeberg said.

This relates to the program’s original structure of suiting individual interests. Students who are interested in biology are able to take corresponding courses. Students concerned about pollution’s effects on the environment can take courses in toxicology.

As the program develops, more components may be added.

“We still are looking at a social science aspect and a humanities aspect to gain a more rounded education associated with environmental studies,” Vandeberg said.

Environmental studies requires 45 core credits that connect to the various fields and specialties for students to dive into. The broad structure and manageable number of credits allows this degree to be a fitting compliment to other majors a student may be pursuing.

The environmental studies programs will be officially open for registration this fall, but students are able to begin collecting credits as early as this spring.

The program’s origins can be traced back to when former UND President Charles Kupchella recommended the founding of an Environmental Studies program.

Approval for the programs go back to 2010 under former President Robert Kelly. Development was unable to be completed due to a lack of necessary resources for a new program to begin.

“Many people thought about that, they put together the original curriculum, but it just didn’t transition into a straight forward program,” Vandeberg said.

It wasn’t until last fall, years after original approval, the program regained traction. Vandeberg, fellow UND professor Dr. Paul Todhunter and others were tasked with housing this program in the geography department.

This involved countless meetings with the heads of various departments, the state higher board of education, Provost DiLorenzo and many more. The wide range of fields these programs cover also required a lot of cooperation from other departments.

“They were, for the most part, pretty happy to be a part of this, because they see it as a way to help out and have students participate,” Vandeberg said.

This team, for the better part of a year, have been writing original curriculum and ensuring all of the needed pieces were in order.

A critical element to a new program, and any program for that matter, is the ability to establish credibility for itself. Over the past year, the founders did not take this element lightly.

“One of the things that we try to do is to make sure that our curriculum was rigorous and secondly that it’s similar to what other departments are offering in other states,” Vandeberg said.

He went on to explain there are established programs in the country that are similar to the UND model in curriculum and requirements.

“The key thing for us is that there isn’t anything else like it at UND or really NDSU,” Vandeberg said.

One thing that was worth pointing out during the interview with Vandeberg is that a major called “environmental studies” sounds like a program that should have already existed. Not only did he agree with the claim, but he connected that to the recruitment for the programs.

“I have already met with a lot of the admission folk on campus here,” Vandeberg said. “Environmental issues are still very much at the fore-front, especially in North Dakota with all the oil development and such, and so that’s one of the ways we’re getting things out.”

Based on early estimates, there’s an expectation of roughly 10 students to join the programs each year. Although, based on students’ requests to the administration and possible future environmental issues, there is a possibility for the program to explode in popularity.

More information regarding the courses will be posted on the geography department’s websites and in the catalog at a later time.