Major of the week: Communication sciences and disorders 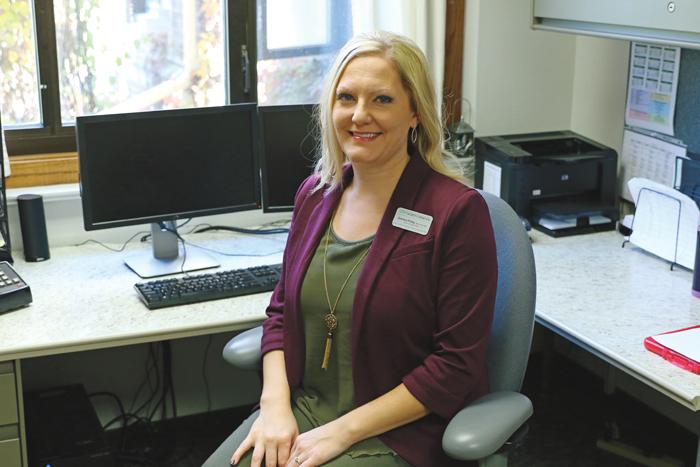 Jessica Foley is a clinical instructor in the Clinical Sciences and Disorders program at UND.

There are students who are passionate about their majors. Then, there are Communication Sciences and Disorders students.

Students in this major are trained to assist those having troubles with speech and/or listening.

For a field that is so broad and so valuable to the community, the CSD program is aggressively competitive. So competitive, the pressure begins years before graduation.

UND senior CSD major Megan Gowan says there’s pressure to be the best in the field. This leads many students and friends to compete against each other within the program.

“We’re told, a lot, by our advisors that ‘B’s aren’t acceptable’ and things like that,” Gowan said. “So, it’s like constantly trying to get A’s and trying to do more.”

The dedication of study time has become an inside joke for some of these students.

“We usually get four hours of sleep and we call it the ‘REM Sleep’ for one cycle of REM,” CSD senior Erica Staton said. “Literally, we get one REM after a night of studying for a test.”

The conversation mostly focused around the weight on these students’ shoulders to do well.

In this field, a bachelor’s degree is almost worthless. Most of the jobs these students are aspiring for require a graduate degree.

When asked what happens if there a student isn’t accepted into a graduate program, Gowan and Staton looked at each other and shrugged their shoulders.

“You start over,” Staton said. “You can either retake classes and try again next year or go for your SOPA, which is a speech language pathologist assistant, but you’re not doing the treatment.”

The process is of applying for grad school only adds to the pressure of daily life for CSD students.

Staton is applying to eight graduate schools. For her, that’s eight applications, eight personal statements and eight essays. In March, both Staton and Gowan will find out whether or not they are accepted into a grad program.

UND’s grad program only takes about 20 first-year grad students out of over 100 applicants every year.

“It is pretty competitive only because there are only a few masters-level speech language pathology programs in the region,” said UND Clinical Instructor Jessica Foley.

Once a student has their graduate degree in hand, they are welcomed to a field filled with job openings. In UND’s Montgomery Hall, there is a bulletin board covered in job openings in various states across the country. UND has even had openings for long stretches of time due to a lack of applicants.

“Everybody finds a job and the jobs are typically either in a school setting or a medical placement,” Foley said. “So, all of our grad students go through the same training than they do in their senior year.”

Gowan noticed the contrast between the available number of seats in a program and the demand for students with her aspirations.

“I think it’s frustrating for us as undergraduates seeing how hard it is to get into grad school and then how many openings there are,” Gowan said. “It should almost be easier to get in since there are so many openings.”

Despite the stress and competition, these students are still driven to succeed and to make a difference in their community. But for some students, they are entering the field to give back.

Staton had been in speech classes for much of her younger life.

“It was just really interesting to me, because it made my speech better and so I just want to make other peoples’ speech better,” Staton said.

The CSD program has roughly 30 seniors right now. There is currently momentum for the program to move into a new building with two other programs in the near future.

This new building would be an “integrated clinic” shared with psychology and counseling.