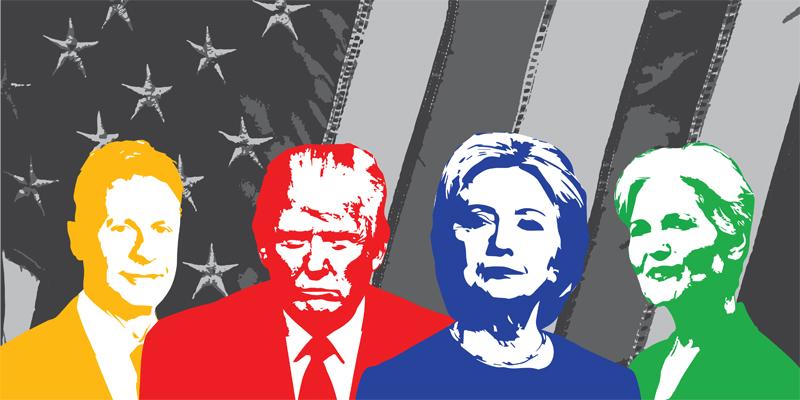 The election season of 2016 finally comes to an end today, as voters exercise their rights and elect the people they see fit to lead our communities.  The candidates have had a long, hard fight to the finish line, and now America will decide who our next Commander-in-Chief will be.

Trump aims to provide a national goal of providing school choice — a federal investment of $20 billion.

He intends to work with Congress to ensure universities are attempting to reduce the cost of college debt in exchange for tax breaks and tax dollars.

Trump intends on building a booming economy that will create ’25 million new jobs’ in the course of the next decade.  He aims to reform policies with what he refers to as a ‘pro-growth tax plan’. He describes it as a “a new modern regulatory framework, an America-First trade policy, an unleashed American Energy plan, and the ‘penny plan.’

Trump wants to repeal and replace Obamacare with Health Savings Accounts (HSAs). He intends to work with states to create high-risk pools to ensure access to coverage for people who haven’t maintained continuous coverage, and he wants to work with congress to create a healthcare system that’s patient-centered and promotes choice and quality while simultaneously being affordable.

Clinton insists on rebuilding America’s schools. She considers the schools that are falling apart in cities and rural communities ‘unacceptable and it has to change.’

Clinton pledges that costs to college won’t be a barrier under her presidency. She believes that every student should be able to graduate without taking on debt, and all community colleges would offer free tuition.

Clinton says she’ll ensure companies share profits with employees and also ensure they ship fewer jobs overseas by ‘rewriting the rules’. She emphasizes how she will ensure those who hold the majority of American’s wealth pay their fair share.

Clinton’s healthcare plan would be to build on the progress already made with the Affordable Care Act.  She wants to decreases costs for families and ‘ease burdens’ for small businesses. She promises consumers will be able to make choices, and she pledges to address the rising costs of prescription drugs.

Johnson believes in an economic environment that ‘incentivizes’ fairness. He doesn’t believe in the government manipulating the economy through regulation.

Johnson doesn’t specifically address his healthcare plan on his website, but he does address his stance on abortion. He says his approach to governing is based on a belief that people should be able to make their own choices — and abortion is a very personal choice.

Johnson believes in a strong military, similar to his opponents. However, Johnson doesn’t believe in the U.S. policing the rest of the world. He believes when we do so, we create new enemies and perpetual war. He aims to repair relationships with allies while he quickly moves to cut off funding that the violent extremists depend on.

Stein intends to abolish student debt to “free a generation of Americans from debt servitude.” Stein guarantees quality of public education to be “world-class” from pre-school until college.

Stein wants to set a $15/hour federal minimum wage as a starting point for what she calls a ‘just’ economy. She intends on rejecting gentrification as a model of economic development. She also intends on creating public banks and utilities.

Stein wants to create an improved “Medicare for All” single-payer public health insurance program to provide healthcare to everyone one with huge savings.

Stein wants to cut military spending by at least 50 percent and close the 700+ foreign military bases. She wants to replace the reduced amount of military job with jobs in “renewable energy, transportation, and green infrastructure development.” She wants to restore the National Guard as the centerpiece of defense.