Dakota Access Pipeline; the good, the bad and the ugly 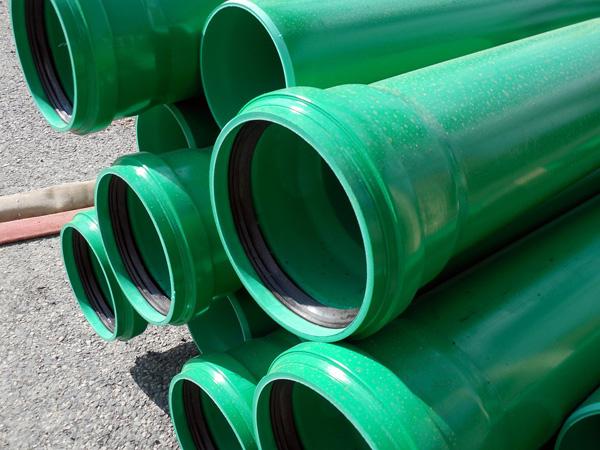 People have gathered to stop the construction of the Dakota Access Pipeline. Photo courtesy of Pixabay.com

The Dakota Access Pipeline is a massive pipeline project that will run from western North Dakota down to Patoka, Illinois. That is over a 1,000 mile stretch for this 30-inch pipe to cross over. The pipeline will be transporting the light sweet crude oil that is being produced in the Bakken site and the Three Forks site, both in the Williston Basin area. According to the Dakota Pipeline Facts website, the pipeline will transport around 470,000 barrels every day, each barrel holding 42 gallons.

The Good: This pipeline is supposed to lessen the amount of imported oil America brings in to satisfy our energy needs in a day. On the website of The U.S. Energy Information Administration (EIA), it is said that America uses on average 19.4 million barrels of oil per day, but we import 9.4 million barrels from 82 different countries each day. This means that about 48 percent of the oil America expends each day is foreign oil. By using more pipelines, the process of transporting and refining oil becomes more efficient, which means we are importing and using less foreign oil.

Pipelines are also one of the safest ways to transport oil products. Without this pipeline, rail cars and trucks would be transporting the oil to Illinois, which is an extensive disaster waiting to happen. Derailed rail cars and crashed trucks can become extremely explosive and dangerous to everyone involved.

The Bad: With oil production and oil transportation, come many downsides. The Dakota Access Pipeline will inevitably cause different types of pollution along its pathway. From noise pollution due to the heavy machinery, to air pollution and haze, to the methane emissions that are said to have a major impact on global warming, there is no doubt that pipelines are not the best for the ecosystem, along with any other action dealing with the production or transportation of oil.

Another downside to the pipeline construction is the disturbance of land and the organisms who have made that specific land their home. The land is restored after trenching and filling over the pipeline, but for the time being the animals do lose their homes and are forced to find somewhere away from the noise and construction.

Oil spills and leaks are also always a dangerous possibility when it comes to dealing with petroleum. There are specific measures that can be taken to stop oil spills such as double-walling the pipeline, so that if there is a crack in the initial pipeline, the second wall will catch it before it reaches the ground or water, but it is not said if the Dakota Access Pipeline will have double walls.

The Ugly: With the production plan of this pipeline, a massive protest against it has emerged. The Standing Rock Sioux tribe is giving it everything they’ve got to try and stop the Dakota Access Pipeline from being constructed. The pipeline would not cross onto their reservation land, but it would go directly under the Missouri River just a mile north of the reservation. The tribe is protesting because the Missouri River is their main water source, and if an event such as an oil leak in the pipeline was to occur, their main water supply would be contaminated with crude oil. They are also against it because the path of the pipeline would cross over burial grounds of their ancestors on land that used to be, but is no longer part of their reservation. The protest started back in April of 2016, and nearly 40 people have been arrested in relation to the protest since then. The protest has included thousands of people creating protest sites and camping on and around the construction site for months. There have been instances where protesters have chained themselves onto the construction equipment and refused to move off of the site, therefore delaying construction significantly. The first act of violence during said protests occurred on Sept. 3. It is unknown who provoked the violence, but guards used pepper spray and unleashed guard dogs on the protesters. Multiple people and dogs were injured in the process. On Sept. 9, a federal judge decided that the construction of the Dakota Access Pipeline would not be stopped due to the Standing Rock tribe’s protest.

I can understand where both sides are coming from, but with this issue, I side with the pipeline. I believe it should be built because of the convenience and efficiency it will bring in transporting oil out of our state.

In the long run, using more renewable energy sources like wind and solar would be ideal, but until we can perfect that and get it to where it is reliable and everyone can use it, this is our best option. There is already a pipeline called the Northern Border Pipeline that crosses the protested areas, and it hasn’t created a problem as of yet, so I think if the Dakota Access Pipeline follows the same route, it should not be much of an issue. I think the best option to negotiate would be to double-wall the pipeline, so it lessens the chance of it damaging the reservation’s water supply or any other ecosystem.

As Dr. Chester L. Karrass, the creator of the most successful negotiation seminar to help business people, engineers, leaders, and many others in the U.S, once said, “In business as in life, you don’t get what you deserve, you get what you negotiate.” It might not be fair to the tribe, but looking at the map of the pipelines across America, it seems that if their water supply would be put in danger, so would everyone else’s in the country. It’s really a difficult situation to analyze, and anyway you look at it, someone is going to end up losing out.

Emily Gibbens is a staff writer for The Dakota Student. She can be reached at [email protected]