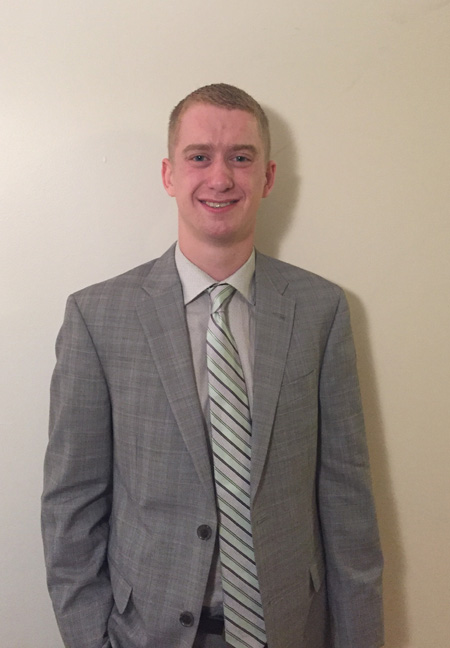 At 21 years old, most college students are typically in a scramble, usually feeling lost, planning for life after college and trying to construct successful plans for the future.

However, UND student Mitchell Boogren seems to already have it all figured out.

Indemnity Tax Services is as a new, high-tech tax firm that has modernized tax preparation services with its introduction of Home-Bound Tax Preparation. This idea focuses on minimizing travel and hassle during tax season.

Boogren is one of two co-founders of Indemnity Tax Services, Inc., and he currently operates as the Chairman and Co-CEO of the corporation.

Boogren developed the idea for the company after observing the way the average person in the United States undergoes filing their taxes.

“I noticed that there are many people in the United States who lack internet in their home as well as reliable transportation,” Boogren said. “Despite this, everyone living in the United States, with very few exceptions, is required to submit a tax return to the IRS.”

Rather than requiring clients to travel to their local branch office for tax preparation needs, Indemnity Tax Services uses recently developed technology including 4G wireless modems, giving the company the capability to access its private servers and produce its own secure WiFi connection on-the-go just about anywhere in the United States.

This feature is especially useful in North Dakota, as it allows tax preparers and accountants to come to the client and conduct any tax preparation or tax consultancy needs from the comfort of their own home or office.

This will hopefully alleviate the burden of travel during the harsh winter months that inhabit tax season.

“Indemnity Tax Services method of providing these convenient services has become much more sought-after, as it makes the fear of forgetting these documents in one’s home or office a lack of concern, and a thing of the past,” Boogren said.

While the launch of his business has been successful, Boogren also mentions that he has personally benefited from this experience as well.

“Prior to starting this company, I had very little knowledge on website design. I learned about website development, formatting, HTML integration, and actually created the company’s entire website on my own,” Boogren said.

“I was also able to obtain knowledge and skills on my own in the area of graphic design, and I was able to design the company logo on my own without help from any outside agencies,” Boogren said.

“Indemnity Tax is proud to give you peace of mind with our 100 percent guarantee that you will receive the exact return you are entitled to, regardless of numerical deficiency,” Boogren says.

While he remains optimistic about his company’s future outlook, Boogren strives to keep a humble perspective about building a foundation for his company and maintaining relationships with clients.

“My favorite quote comes from Warren Buffet and I hold it closely to me as it is applicable to business and life in so many ways,” Boogren says.“It takes 20 years to build a reputation and five minutes to ruin it. If you think about that, you’ll do things differently.”

Amanda Hefner is a features writer for The Dakota Student. She can be reached at [email protected]