How the Big Forkin’ Festival should be run 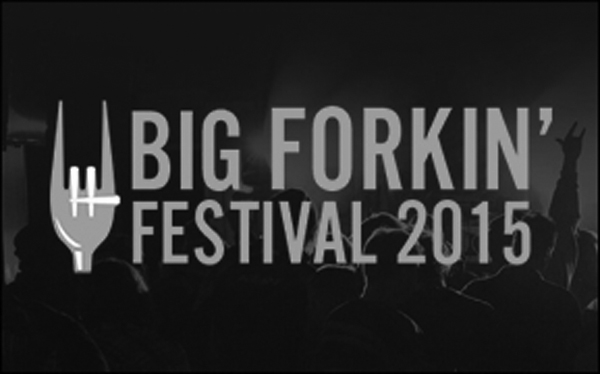 The Big Forkin’ Festival’s logo for 2015. Photo courtesy of 975bigfm.com

This weekend was supposed to be a special weekend in Grand Forks. The Big Forkin’ Festival showcased local musical talents in an effort to get new students out into the community. As a result, the festival had good intentions but failed spectacularly at its goals, at least on Saturday. I personally believe this is a result of mismanagement, and would like to suggest how to properly advertise the festival in the future.

The first key to any successful festival is advertisement. In order for people to attend the festival, they must first know of its existence. The outreach was successful with communicating to local papers, but failed to reach the general population as a whole and the student body. Student Government was a sponsor of the event, but no ads were on campus. Compare this to the buildup of the opening of the Boden, or The Grove, where in for weeks there were paid representatives on campus talking to people, distributing information so that everyone knew they were a new option. In the future, it is not sufficient enough to focus on booking quality acts: You must also build an audience for these acts to play to.

The second key to a successful festival is timing and knowing the target audience. The festival should be looking to attract two general groups: Students and Grand Forks locals.

In this instance, we need to think about when the group is available and what the people would like to see at a festival. In the case of both target audiences, you want to contract food stands and have alcohol available at the locations of the acts. For special alcohol permits, one needs only look at the success of the now defunct Spring Fest. Food and alcohol need to be provided near the performances, and individuals should be allowed to bring in their own food.

Lastly we need to look at good times to book the performances of the bands and how they match up with the community. For example, starting the festival on Thursday, when students have classes and members of the community have work is a bad idea. Starting performances at 10 a.m on Saturday when people are starting their weekend is also not the smartest. The parking garage and town square area should have started around 10 p.m to 2 a.m.

I will however give the festival praise on the one area where they were successful, the performers. It was good to see performers from about a 100 mile area drawn to the festival. With many groups, each performer engaged the crowd by being generally passionate. As a result of this, we have a solid foundation for a future festival.

In the next few years, I believe that we will have a festival that can rival the former glory of Spring Fest, and will provide a comparable experience, but we aren’t there yet. In the future, I hope we continue to focus on the quality of the performers, but we must also learn that if the populace isn’t informed of the event it doesn’t matter how great your festival is, it will suffer financial losses and be generally ignored.

Dave Owen is a opinion writer for the Dakota Student. He can be reached at [email protected]