Drones are coming to arrest me 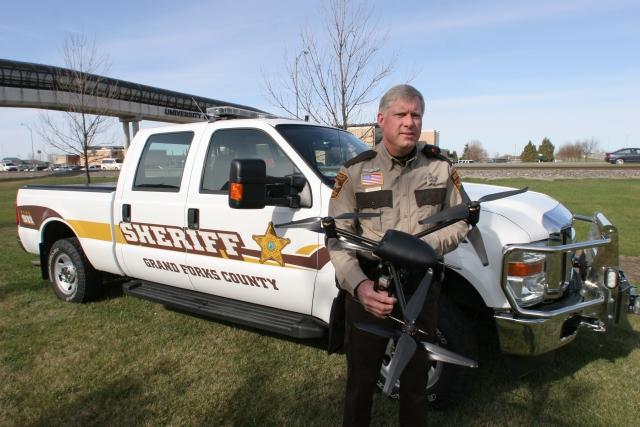 For those unaware, North Dakota has instated a law that should terrify most of you and sets a dangerous precedent for future states. The law allows riot prevention weapons to be put on drones.

As with most dangerous military industrial complex laws, it did not come from the will of the people, nor from a desire to be more safe or secure but instead from a lobbying team dedicated to expanding drone use.

First, there is little risk in using a drone as a conduit of lethal force, they are relatively cheap for the state and mass produced.

In a conventional arrest, most officers logically attempt to control the engagement in a peaceful manner and use force as a last resort due to the inherent risk it puts themselves in.

Humans are much more responsive to this interaction than they are to what is essentially a robotic loudspeaker telling them to stand down.

From the perspective of the officer, this no longer seems to be real, and our minds have the incredible ability not to question the morality of our actions.

When we are in a military simulation, we begin to think of the objects in Counter Strike, one of the most popular PC first-person shooters. As John Bain, a famous PC Gaming Critic, once said as “pixels for points” rather than people.

While there is no certainty on how much this mindset will kick in, it will most assuredly have an impact on the rationality and judgement of the drone user.

Now, we will go into the problems that will be faced by civilians.

Dealing with a drone would be like dealing with overseas tech support.

Voice recognition software, and communicating with it, are a nightmare for the casual person and tend to drive people to extreme anger.

I have seen people furiously yelling into the phone at automatic voice recognition software and become extremely agitated, to where they wanted to break the damn computer just so they can speak to a human being.

Furthermore, we live in a generational divide currently in this country. One where many people who cannot remember a time without computers, in addition to people that cannot remember ever working with them in a daily environment.

Imagine the reaction of these people when a small robot is flying down from the sky onto their property. They are going to shoot it, not understanding what it is and quite frankly not really caring. It will be perceived more as an invasion of their properties by law enforcement rather than a traditional arrest.

Are the above people irrational?

But the fact of the matter is their perspective won’t matter in court. Instead of discussing the probably minor reason for arrest, the conversation will turn to the illegal discharge of a firearm, and increase their jail time by a disproportionate amount due to what amounts to a misunderstanding. One side will see it as routine procedure, the other as an invasion.

As I finish my thoughts in regards to this issue, I am reminded of a series of scenes in “Game of Thrones,” the first book in an incredibly popular series wherein one of the characters, Ned Stark, is teaching his sons about justice and how to properly dispense of it.

After the verdict, Ned himself feels obligated to carry out the sentence using the simple logic “The Man who passes the sentence should swing the sword.” Shouldn’t this apply to officers using force at a crime scene?

Dave Owen is a opinion writer for The Dakota Student. He can be reached at [email protected]