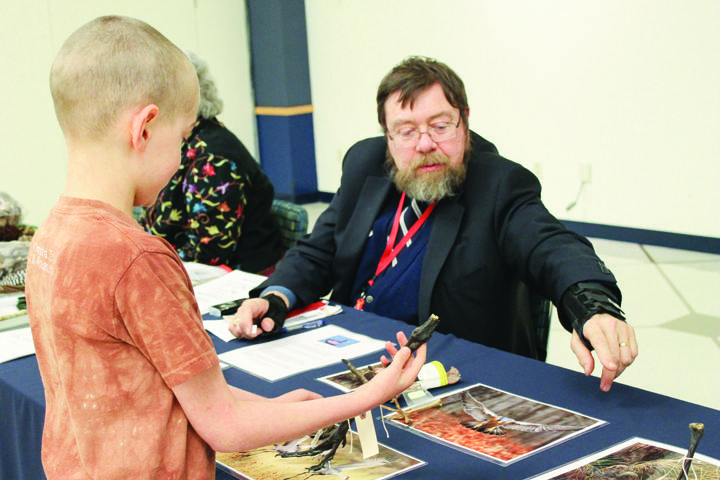 The UND Indian Association hosted the 45th Annual Time Out Week this week.

The theme this year was “Telling Our Stories,” and Native Americans from all over the country came to do just that, though student and administrative turnout is still lacking.

The kickoff for the week-long educational series was Monday at the Memorial Union, after which a little more than 100 people showed interest in the AISES Family Science Night, which was focused toward children and families.

But not every event saw so many faces in the audience. Recruiter at American Indian Services BJ Rainbow spoke to a small group of around 20 people Tuesday, and said the turnout hasn’t changed from previous years.

“It’s kind of the same as it’s always been — not overwhelming crowds,” he said. “We could easily say we aren’t going to do the events anymore, because nobody is coming. There were no administrators here — there was nobody here, besides a few students.”

Rainbow, who attended the week’s events, said although he thinks the week is great, there should be conversation daily.

“I think every week should be Time Out Week,” he said. “A lot of people in the region get kind of antsy, like in November and February when it’s a certain diverse month, and it seems like that’s the only time they talk about diversity, no matter what the ethnicity is.

“To me, diversity should be a normal conversation, and that will lead to less incidences, less stereotyping, less discrimination.”

Other speakers throughout the week included Frank Sage, Frank Waln and Winona LaDuke, who was the last speaker to present Friday before the beginning of the Wacipi, which goes through Sunday afternoon.

According to UNDIA’s website, the Wacipi brings together as many as 25 drum groups, and 400 dancers, who travel from throughout the U.S. and Canada.

Admission is free for UND students and either $12 for the weekend of $7 per day for others.