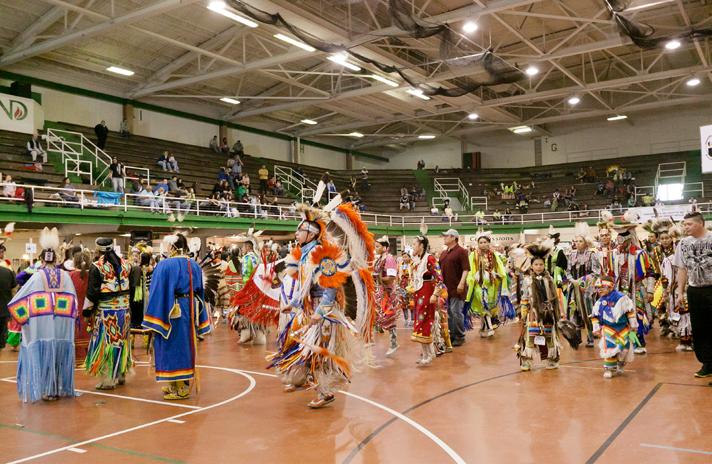 The Wacipi Powwow, an annual tradition held in the Hyslop. File photo.

The first meeting back from spring break for the Student Senate saw one bill approved to fund the buffalo feed at the annual Wacipi Powwow. The event, which is sponsored by the UND Indian Association, takes place at the end of Time Out Week during the month of April.

“We are requesting funding for the food itself,” Vice President of UNDIA RJ Morin said. “When we invite visitors to our house, in our culture, the first thing we do is feed them.”

The powwow, which takes place at the Hyslop Sports Center, is free to all UND students with a student ID. The bill requested $4,000 from senate. There was some discussion over the amount of money UNDIA has in its account, which is more than what the event will cost in total.

“Having a little cushion in there is a nice thing,” Morin said. “We sponsor different programming events throughout the year.”

An increase in the student technology fee, which was brought forward to senate before spring break was looked at by the Student Fee Advisory Committee.

The SFAC approved an increase of the technology fee to $6, which would keep the increase of student fees to under one percent for the upcoming year.

To help offset some of the costs for technology upgrades, $1 million also was allocated to the technology funds.