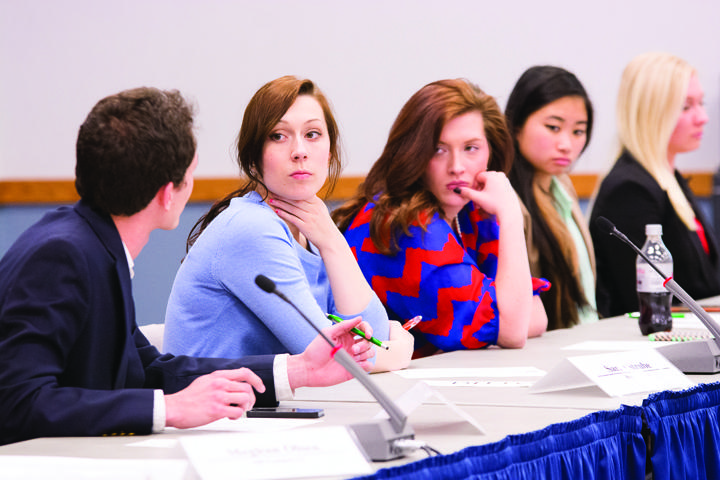 In the last meeting before spring break, Student Senate passed a resolution supporting the increase of the student technology fee. The resolution had been tabled from the previous week after questions arose over the large increase in student fee dollars.

The resolution supports an increase in the student technology fee from $4.17, the level which it has been for 20 years, to $9.80 per credit per semester. The increase would generate about $3 million, compared to the $1.27 million it generates now.

Although initial reports stated that the increase to $9.80 would not go above a one percent increase in student fees, Vice Provost Josh Riedy said there was a miscalculation and that it would increase over one percent. In order to stay at the

one percent mark, the fee could only be increased to $6.43.

Riedy said if the $9.80 mark is not approved, the university can’t move forward with plans to redesign 100 rooms in the next five years. That number would be cut to about 10 to 12 per year.

Although there aren’t solid plans in place for the redesigning at this point, Riedy said once plans are created, he plans on returning to senate with those ideas.

Senator Matt Kopp proposed an amendment that stated the senate wouldn’t support an increase of student fees beyond the limit established by the North Dakota Century Code.

“If we support the increase of the student technology fee to $9.80, they would have to make cuts in other areas,” Kopp said.

Discussion was limited, but Senator John Mitzel said he supported this increase after spending a week thinking about it.

“Students don’t really care if their money is coming from one pot or another,” Mitzel said. “They care what they’re getting out of it. Students aren’t getting what they want for their money. They can find cuts elsewhere, where student demand isn’t as high. This is what students’ priority is.”

Vice President for Student Affairs Lori Reesor also was at the meeting to provide updates on the alcohol ordinances being looked at by the Grand Forks City Council and new tuition models.