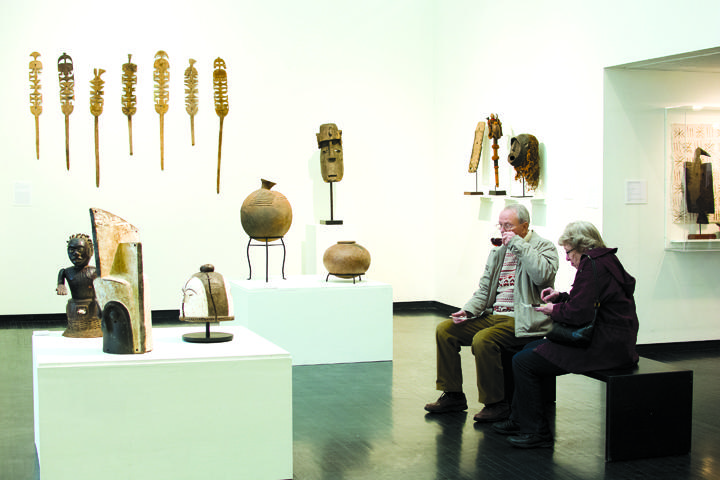 A recent donation to the North Dakota Museum of Art has expanded upon the museum’s current collection of African art pieces.

McNemar is a collector of African art and was introduced to the museum through Barton Benes. Benes’ collection of art came the the museum after his death and is on permanent display.

“He willed his apartment to the museum,” Associate Museum Director Matt Wallace said. “It is on exhibit on our top floor.”

McNemar previously donated 30 ceramic vessels in 2012 and approximately 100 masks and other pieces in 2013 to the museum.

The hundreds of pieces that McNemar has donated are now part of the museum’s permanent collection.

“It’s a new focus or new realm for the people in the state and the region,” Wallace said.

Interest to see the new exhibit has been strong in the first couple of days since the opening.

“There’s been a strong showing so far,” Wallace said. “There’s been lots of classes coming in to see it. We’ve gotten lots of calls from the general public as well asking about it.”

The exhibit will run until April 12.

All exhibits at the museum are free and open to the public.