Ebola is the boogeyman of disease 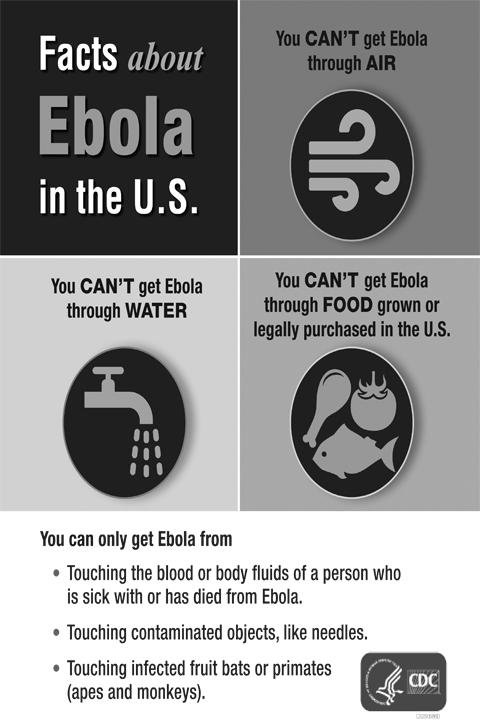 Department of Health and Human Services

I have a joke about Ebola, but you probably won’t get it.

Seriously though, everyone and their dog is freaking out about Ebola reaching the U.S.

Thing is, you won’t catch it. I won’t catch it. According to NPR, Ebola isn’t contagious until after symptoms are present. On top of that, it is only spread through bodily fluids like blood, vomit and other things that your average person off the American street avoids touching. In a place where healthcare is pretty on top of things (relatively speaking) and the water is clean, it’s a pretty easy virus to contain. The easiest way to avoid Ebola here in the US is just to wash your hands.

I am not trying to minimize the thousands of deaths this virus has caused in Sierra Leone, Liberia and Guinea. However, the ease of catching Ebola is much higher when in areas where the general population does not have access to clean water or decent health care. It is a story I’m sure you already know. The true outbreak is occurring in countries where poverty is high and the resources and the money to enact good infection control are hard to find.

But back to my original point — here in America, there is no reason to panic. And yet every time you turn on a television, another news caster is spreading fear about Ebola on American soil.

Nothing gives a TV show more views than a good old fashioned panic. On top of that, it gives the media an allowance to avoid the actually scary stuff.

Some of you may see where I’m going with this already. Why aren’t we hearing more about the fact that previously-eradicated diseases like measles are on the rise again? Speaking of measles specifically, it is at a 20 year high in the US, according to the CDC. Why? Because people aren’t vaccinating.

The same goes for other illnesses like influenza. According to the CDC, the flu claimed up to 49,000 lives in America during the 2006-2007 flu season alone. Another source estimates 36,000 people in America will die from the flu or complications from the flu each flu season. And yet we don’t hear the media freaking out about that. In a way, it’s even more terrifying when the answer to avoiding the flu is as simple as a yearly vaccine.

Granted, there is no vaccine for Ebola, but Ebola isn’t spread through the air like these other illnesses. We’re avoiding the big topics.

I think it all boils down to how much we, as consumers of media, want to be scared. Like I said, a panic creates ratings. It’s the same reason scary movies are popular. It’s the same reason I’m going to a haunted corn maze in a couple days and paying to get scared out of my pants. We like controlled fear.

If we treated the new outbreak of measles and the yearly outbreaks of influenza the same way we’re treating the American Ebola “crisis,” we’d cross the line from controlled panic to actual, real-life terror. Not only are they far more likely to kill us, they are around because of our own stupidity. Vaccines do not cause autism, but the incorrect belief that they do has brought back measles. Each year, we see a new vaccine to help with the flu, but people don’t get it because “it’s just the flu.” We skip out on washing our hands, forget to cover our mouths when we sneeze and don’t stay home from school or work when we’re sick. It’s our own fault. It’s our Frankenstein’s Monster in a way – the fact that we created the problem makes it all the more terrifying.

We can hear about Ebola and panic safely. We know that we’re probably not going to catch it. But the flu? That’s much more likely. For us Americans, Ebola is the horror movie we go see with our friends; the flu is the serial killer waiting for us in our apartment.

Kjerstine Trooien is a staff writer for The Dakota Student. She can be reached at [email protected]