Sweeto Burrito not so sweet 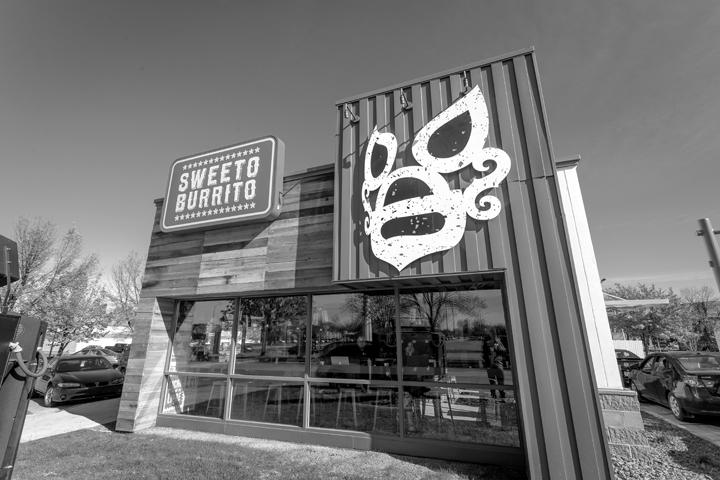 The curiosity got the better of me, and I had to know what all the buzz was about with its burritos.

I went through the drive -thru the evening of the grand opening with my husband to give the new business a try. I ordered the light weight White Chick Burrito and also an order of Tator Bots.

The Tater Bots were fresh and hot, but there was nothing special about them. They were just normal tater tots. You don’t even get nacho cheese or ketchup with them.

The White Chick Burrito was a half-pound burrito stuffed with marinated chicken, pepper jack cheese, white rice, lime, black beans, sour cream and cilantro ranch. This burrito is known as “the first lady of flavor,” which is what it is — packed full of flavor.

There was too much going on in the burrito to even tell if I liked it the first couple of bites. I decided I didn’t like it because the main flavor I tasted was sweet. When I am eating a Mexican-style food, I don’t want to taste sweet unless its in my margarita.

I couldn’t even finish the burrito because it was too sweet. The fancy names gave the burritos too much credit. I was not pleased with the quality of the food, but I couldn’t complain about the price and amount of food you get.

On my first visit, I would have given the business a one star rating, but I was encouraged to give it another try, so I went again for breakfast.

This time I ordered the Gravy Train — a breakfast burrito stuffed with eggs, cheese and gravy. I did finish this burrito, but I still wasn’t impressed. It was just all right. I was stuffed and received a cheaper breakfast, but I don’t plan to eat there regularly.

After giving Sweeto Burrito a second try, I would give it three out of five stars due to the taste and quality of the burrito. I am raising it to a three because of the amount you get for the price.