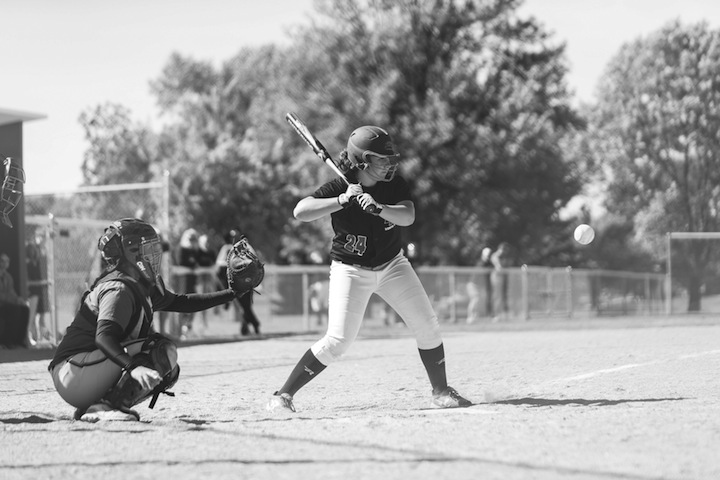 UND sophomore Megan Keegan Prepares to hit the ball against University of Mary in September at Apollo Field in Grand Forks. File photo.

The UND softball team will kick off a long homestand this coming weekend against conference opponent Northern Colorado starting with a doubleheader Friday.

The first game will start at 2 p.m. with the second following at 4 p.m. The team will finish up the series on Saturday with a game at 1 p.m.

UND has struggled as of late between the losses and cancellations of games due to weather and field conditions. The team’s last win came on April 8 against Illinois-Chicago when UND pulled out an 11-10 victory.

The games against Northern Colorado will look to be a new start for UND as the team takes to the home field for the first time all year and will be playing in familiar territory. The team was supposed to have a home series earlier in the month, but those games were cancelled. UND will now be at home for the rest of the season until the conference championship in the middle of May.

The home crowd will be relied on to help UND get past Northern Colorado, a team just above UND in the conference standings and will be coming off of a loss to Idaho State. This will be Northern Colorado’s final series on the road for the season. UND will have to make sure not to let a home advantage become a distraction, and needs to make sure to keep focused on posting a winning weekend.

Mariah Holland is  staff writer for The Dakota Student. She can be reached at [email protected]