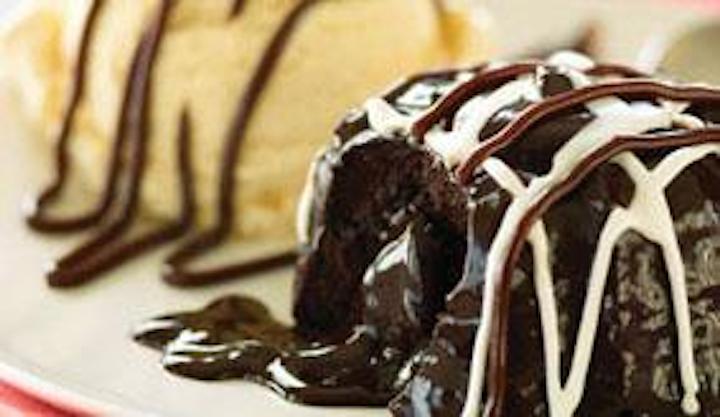 With more staff than customers in the building Saturday night, the atmosphere during Applebee’s happy hour was a little less than happy, but the food and service were great.

Perhaps my girlfriend Amy and I missed the rush, but at 10:30 p.m., the restaurant was inhabited by a few loners at the bar, a large group of 10 or more college students and 15 or so servers and bartenders frantically cleaning tables. With so few customers around, the private conversations between staff members became public and were quite entertaining.

Amy and I were helped by a short, female bartender who was direct, helpful and polite. She explained the happy hour specials, which were half-off appetizers, domestic beers and Long Island Iced Teas, and she remained patient as we perused the menu.

As we contemplated our options, a pair of servers walked behind us, and one said, “Please, let me call you ‘Shazelle.’” Meanwhile, another wandered through his sections whistling loud enough for the entire restaurant to hear. Luckily, he was quite talented.

We ordered the Brew Pub Pretzels & Beer Cheese Dip and the Grilled Chicken Wanton Tacos. Minutes later, our food came out hot, delicious and half-priced. The Wanton Tacos, in their crispy shells, were a nice blend of salty and sweet and were plated beautifully.

The Brew Pub Pretzels were simple, but just as appetizing as the tacos. Four large, soft pretzel sticks were accompanied by a dish of cheese sauce and a cup of honey mustard. For the happy hour price of $3.50, I couldn’t have asked for much more.

Amy and I easily finished the two appetizers and ordered the Triple Chocolate Meltdown for dessert. Again, the dish came out quickly and was delicious. I was confused, at first, when the server only gave us spoons to eat our chocolate cake with, but after slicing off a bite, I realized the cake was warm and moist enough to eat with a spoon.

While the dessert was the most expensive item on our tab, it was well worth it. The cake was served with a scoop of vanilla ice cream, and garnished with swirls of chocolate syrup. It took determination to finish it, but I’m glad we did.

Overall, my experience at Applebee’s was outstanding. The food and drinks were served quickly, and our bartender made sure we were enjoying our stay.

With that said, I would like to offer the Applebee’s staff a pat on the back. I worked at restaurants as both a cook and server for more than five years, and I know how easy it is to get lulled into laziness while business is slow, but the staff on Saturday night remained sharp during our visit.

I give Applebee’s happy hour five out of five stars. Our three drinks, two appetizers and a dessert added up to less than $25, which is more than fair for the amount of food we received. Aside from the dessert, we only ordered happy hour specials, and this might be an entirely different review if we had not, but I would recommend this experience to anyone looking for a relaxing, cheap evening out.