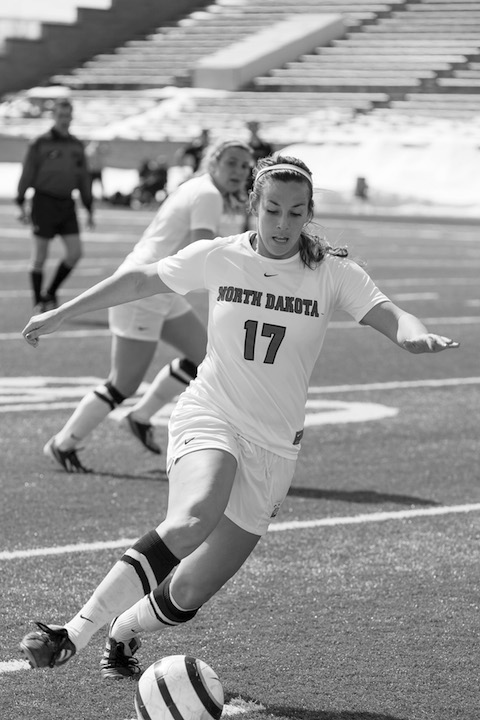 The UND women’s soccer team’s three game weekend turned into a Sunday doubleheader after the team’s Friday game at NDSU was canceled.

On Sunday afternoon, UND played two games at Memorial Stadium after the games were moved from Bronson field, due to  poor field conditions, where the team walked away with a 1-0 victory over Minnesota State Moorhead and a 1-1 tie with Minnesota-Crookston.

The first game started at 1 p.m. with the sun shining brightly on the snow packs around the field, causing some puddles for the players and fans on the sidelines to deal with. UND held on to the advantage and claimed the 1-0 victory.

North Dakota then took on Crookson, watching its opponent get the first goal of the game to take the lead, but UND scored to secure a 1-1 tie to end it. With the spring season, no overtime took place.

The games marked UND’s last homestand of the spring season, and it will now head on the road to St. Cloud, Minn. next Sunday for another doubleheader to face Augustana College and St. Cloud State.

Then the team will finish up its season in Aberdeen, S.D. to take on Northern State on April 26.