Vacancy rates on the rise 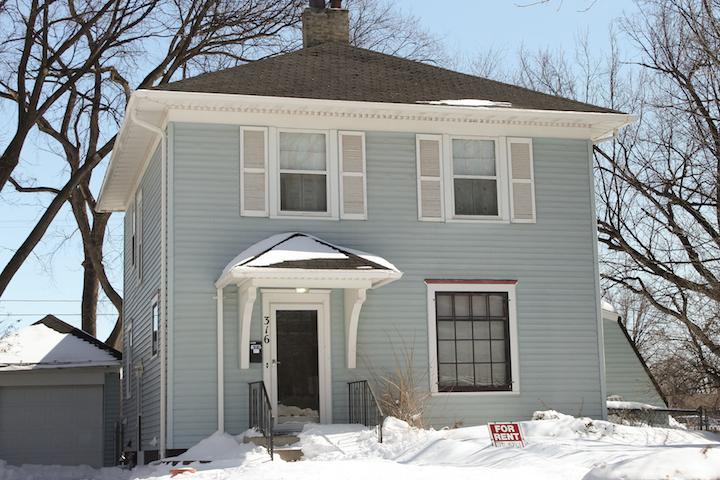 A house near campus available for rent. Photo by Jennifer Friese/ The Dakota Student.

In the last year, Grand Forks’ vacancy rate for private rental housing units has doubled — a good sign for tenants.

“Typically, UND has a large impact on that number,” executive officer for the Greater Grand Forks Apartment Association John Colter said. “We do the survey in February and July, because UND is in session in February and out of session in July.”

The survey done by the apartment association usually gets about a 50 percent response from landlords across the area. The Grand Forks Air Force Base and UND dorms are not included in the survey. Apartment-type residences on campus are included though.

“UND has a few more vacancies this year than normal,” Colter said. “That could be because they are doing some renovations.”

Colter said there is no magic number for the percentage to be, but around five percent is usually where the association likes to see it. Landlords like to see the number as low as possible, but when it is higher tenants have more choices.

The low percentage has been a trend for the past couple of years, after being at 9.1 percent in February 2011.

“That is extremely high and more abnormal than the low numbers,” Colter said. “It dropped down to 3.02 percent in February 2012.”

Colter said another trend is the rate being about the same in February and July in the past couple years. Last July’s rate was 2.84 percent, compared to 2.29  last February.

“I don’t know what the reason for that trend is,” Colter said. “The student population could be dropping, or more students are sticking around during the summer.”

Part of the low vacancy rate could be due to the strong North Dakota economy and the effects of the Bakken oil boom, Colter said.

The higher percentage this year means there is a chance that prices on rentals in Grand Forks could drop if the rate continues to climb upward because more properties will be available for renters. However, students looking now said prices haven’t dropped yet but believe more property openings will be available soon, which could trigger a drop.

“Houses for rent are starting to open up, and there will be quite a few more in the summer than there are now,” UND junior Chris Colby said. “But for the most part, they are very overpriced right now.”