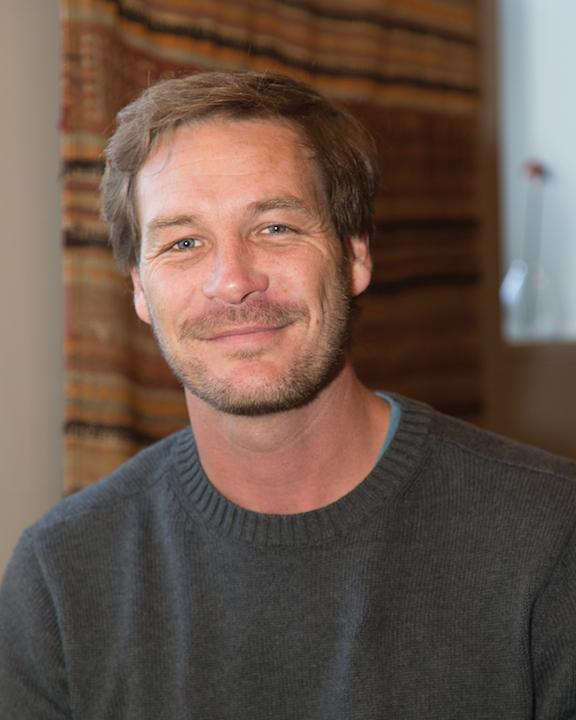 Maxwell had returned to the city to attend the 45th annual UND Writers Conference for a sixth time, but this conference will be different than the previous ones.

This will be Maxwell’s debut as a featured author, a position that has him in disbelief.

“As far as being on the ‘other side of the panel,’ I think it will feel very surreal,” he said. “In fact, my plan is to defer to my colleagues as much as possible. I’m a small fish here in a pond of very accomplished writers and artists, and essentially, I’m just happy to be here.”

During the conference, Maxwell will be in the prestigious company of Robert Pinsky, Jessica Lott, Sarah Leavitt, Colson Whitehead — named “The coolest writer in America” by Esquire magazine — and Geoffrey Dyer. Although Maxwell’s journey from Florida seems long, it is dwarfed by Dyer’s trek from London.

“The conferences always have a great mixture of scholarship and fun,” Maxwell said. “I’ll stick to the fun side because there’s already some very scholarly people up there. I’m more of a fiction writer so I’m really excited for Colson Whitehead. He’s a smart guy, interesting writer — he seems like a cool guy.”

As a UND graduate student from 2006 to 2011, Maxwell contributed to the Writers Conferences by driving the authors around, writing introduction bios for the various attendees, teaching community workshops in fiction and poetry and promoting the conference on the radio.

“Back in 2006, just to get involved I would drive the writers around,” he said. “I was lucky enough to drive Charles Baxter, the fiction writer, and I was a big fan of him. I drove him around in my crappy ‘86 Chevy Cavalier.”

After finishing up his graduate studies in 2011, Maxwell road-tripped back to his hometown in Florida in the aforementioned Cavalier. “Thanks to UND, I was lucky enough to get a teaching job in my hometown,” he said.

Maxwell is now a professor at Eastern Florida State College and is working on a series of short stories about the Melbourne area in Florida notorious in the 1980s for drug trafficking and criminal activity.

“I’m focusing on the part of Florida that isn’t exactly Disney World, even though Disney World is only an hour and a half away,” he said.

While UND helped Maxwell return to his home state and warmer climate, the return to Grand Forks is a special one.

“I miss the kinds of opportunities that the Writers Conference presented,” he said. “Fellowship, great discussions, raucous dinner engagements — and the general sense of panic and awe that each conference seemed to bring.

“There’s a beautiful intimacy to this conference — the writers are always very available and very present during the various events. They say amazing things, so I guess I always enjoyed learning in that manner. Unless you live in NYC (or somewhere similar), you don’t get these types of opportunities. At least I never did as a Floridian.”

While Maxwell has been honored with the John Little Prize in Fiction, the Thomas McGrath Prize for Poetry and nominated for Best New American Voices series, he says his biggest achievement came quite recently.

“This might be too convenient, but it’s still true; being invited back to the UND Writers Conference is by far my greatest achievement, as far as these things go,” he said. “I was happy as a clam to hand out fliers for the conference back in 2006, but to actually be asked to share my work and ideas on writing here in 2014 is something that I’m still trying to come to terms with. It’s an absolute honor.”