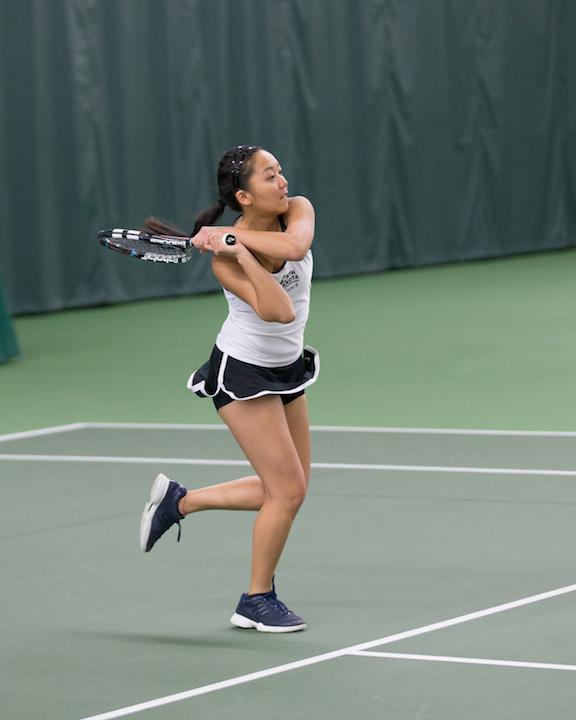 The men’s and women’s tennis teams were both at home this past weekend, posting mixed results.

The men’s team took on St. Cloud State on Friday, resulting in a 4-3 loss and moved on to face Portland State on Saturday, which ended in a 4-2 loss.

The women’s team found success when it took on St. Cloud State on Friday, winning by a score of 7-0 and faced Sacramento State on Sunday.

The UND men’s team hung in there with St. Cloud as it took the lead with the doubles point, but SCSU was able to make a comeback and tie it.

One singles match was how the day was decided and it went to SCSU’s, Soudiane Moudfir to give St. Cloud the point and the win.

Portland State got things started early Saturday when it took the doubles point from UND and the lead. Portland State continued with the lead by adding three more points from the singles competition to give the team the 4-2 win.

This loss put UND at 2-5 in the Big Sky Conference and 3-12 in overall competition.

The men’s team will be at home on Tuesday to face South Dakota State at Choice Health and Fitness starting at 1 p.m. before hosting Sacramento State on April 4.

The women’s team also faced St. Cloud on Friday and came out with a 7-0 shutout victory.

North Dakota got the first point of the day by sweeping the doubles matches, and went on to take the singles. This was UND’s third shutout of the season and also ended its losing streak.

UND will face Northern Colorado on Friday in Greeley, Colo., at 2 p.m. as the team starts its last leg of the season on the road.