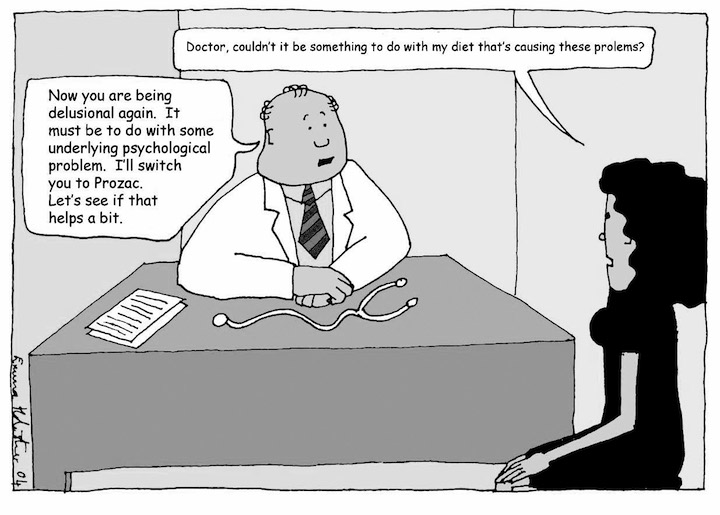 The standard in prescribing medication to treating symptoms has led to the over-medication of America’s youth and young adults.

This lends cause to some major arguments I have against the  current system.

I believe the majority of cases of ADHD are the result of medications such as Adderall, Ritalin and Vyvanse.

Much of the blame can be placed on the parents of those who display said symptoms.

Let’s say Johnny’s parents think he is having trouble in school because he isn’t concentrating well enough.

Instead of sitting down with Johnny and getting him a tutor or behavioral therapy, they take him to the doctor who prescribes a small dosage of one of the aforementioned medications.

The medication doesn’t end up having the desired effect, so the doctor prescribes more of the same, at a higher dosage.

This type of medical treatment can begin as early as age 3.

She found that in the state of Virginia, 84% of elementary school students who were diagnosed with ADHD were on at least one type of medication to try to combat the “disease,” and only the students who were uninsured had not taken part in taking the medication.

The patients in this study turned to medication if it was available, instead of choosing therapy which may have been the only thing needed. Prescribing and taking medication is easier than getting to the root of the problems and exerting a lot of time and effort in combatting them.

The one note from her report I found the most shocking was that 28% of these students were on two or more behavioaral medications at the same time.

Diller said that while he has “no doubt that Ritalin works, certainly in the short term,” no one talks about a moral equivalent: better parenting and more appropriate schooling for children.

So when top members of the medical profession and some members of the APA are saying there is an increasing problem with the overmedication of students, I totally agree.

Diller made a great point in his statement that, yes, the drugs work. However, is it ethical or moral to the use medication to  evade the necessity of better parenting?

A similar approach to this thought is the development of the “no child left behind” act. We seem to feel that all kids should get the same education, but in order to do so we should dumb it down so that everyone can graduate high school. Even with the watering-down of education here in the U.S., there are insanely high levels of people dropping out.

We are trying to mold our youth to be a certain way, but we are going about it with all the wrong methods.

Prescribing medication won’t fix things that can’t be treated by medication, and dumbing down course-work won’t make our children any smarter.

This is not to say that ADHD doesn’t exist, and that medication is never needed. I do believe there are many cases in which students need medication to function, but it should be a last resort, not handed out like free toothbrushes at the dentist’s office.

When behavioral therapy and proper parenting have both failed, then the need for medication is viable.

Micah Dewey is a staff writer for The Dakota Student. He can be reached at [email protected]