CVIC Side effects of the government shutdown may hit Grand Forks. 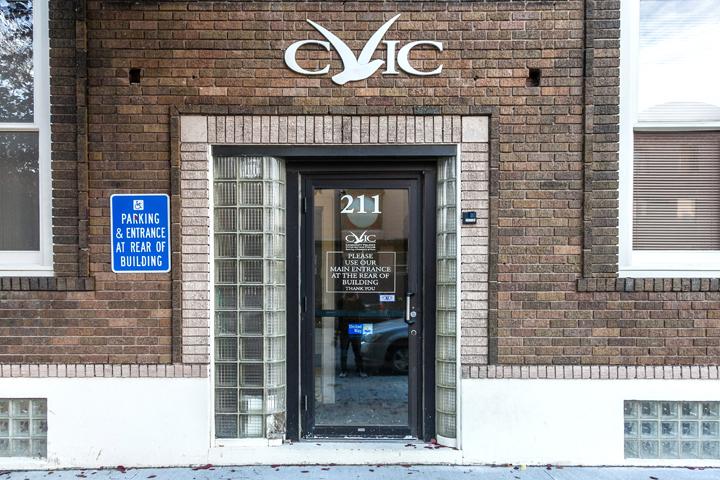 The Community Violence Intervention Center, which is facing funding cuts as a result of the federal government shutdown. Photo by Keisuke Yoshimura/ The Dakota Student.

The federal government shutdown ended Wednesday night, but its entering its continuation could’ve had a negative effect on Grand Forks programs.

One such organization is Grand Forks’ Community Violence Intervention Center.

CVIC has been present in the Grand Forks community for 33 years. Its goal is to build a violence-free community by prevention and support services for residents. help those affected by violence.

Although CVIC has not been one of the hardest hit programs, it had contingency plans  in place in case the shutdown continued longer than a few weeks.

“We make sure that people who have the need are safe and provide basic safety to people who have been affected by violence,” Executive Director Kristi Hall-Jiran said. “We help people heal and get back on their feet after a crisis. We also work on prevention of violence in the community.”

The main funding for the CVIC is the federal government, and, as of last week’s shutdown, it hasn’t been able to access its funds. Hall-Jiran said the center has money from a federal reimbursement they received before the shutdown, allowing it to make payroll for this week. If the shutdown had lasted until its next payroll, it would have had to dip into its reserves and built up credit.

“If the shutdown lasts longer than a month, we will have to start putting employees on leave,” Hall-Jiran said. “We will have to stop crisis-related services. That includes legal services, public education, things like that. Anything that isn’t a life-or-death situation.”

One of those life-and-death type services is the crisis hotline that is open 24 hours a day, seven days a week.

This year also is the 10th anniversary of the abduction and murder of Dru Sjodin, a former UND student. Sjodin’s mother, Linda Walker was a keynote speaker at the Take Back the Night Rally last week — something CVIC has also participated in previously.

In addition to these events, the center works closely with the university through the Women’s Center and University Police Department to train and educate UND students.

“We go into the med school, nursing classes, criminal justice classes,” Hall-Jiran said. “We are training future professionals to screen for domestic violence. We do talks with the sororities and fraternities about anti-bullying and healthy relationships — something that is very important for college students.”

Like everyone else, Hall-Jiran wasn’t sure how long the government shutdown would last, but she hoped it wouldn’t last long enough for the center to have to use its contingency plans.