The Controversies of the Wizarding World 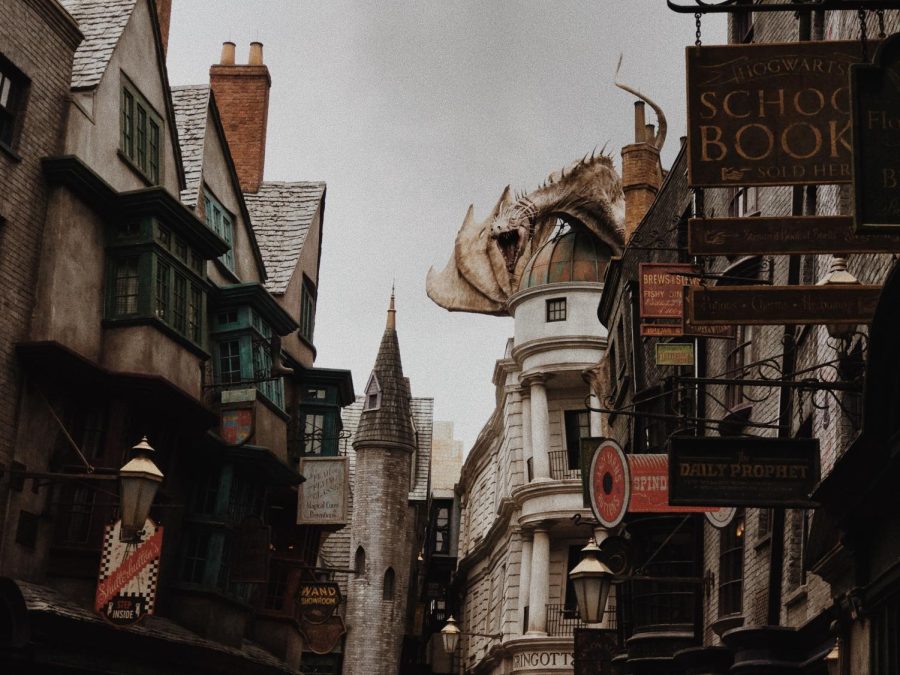 The Wizarding World of Harry Potter is a vast franchise continuing its legacy with the Fantastic Beasts series. The books -written by the problematic J.K Rowling- and the movies create another world for Potterhead’s to enjoy. However, with the third film released last month, Fantastic Beasts: The Secrets of Dumbledore, directed by the renowned David Yates, critics are already roasting this movie. While some viewers call this movie a repeat of the first, others are just not satisfied with the secret revealed. And with the film coming out in the midst of the Johnny Depp vs. Amber Heard trial, it hasn’t been on many people’s radar. Although alluring and entertaining, the Wizarding World has had some problematic issues that even magic can’t cover-up.

First, the tweets from J.K. Rowling herself. Her transphobic tweets first graced the internet in June 2020. With her tweeting, “‘People who menstruate.’ I’m sure there used to be a word for those people. Someone help me out. Wumben? Wimpund? Woomud?” A response to an inclusive article titled, “Opinion: Creating a more equal post-COVID-19 world for people who menstruate.”  Not only did she tweet such things, but she also wrote an entire post on her website that can be summed up as “Five Reasons to be Worried about the New Trans Activism.” With fans immediately taking to Twitter to express their disagreement, celebrities took a stand against her. Hermione Granger herself (AKA Emma Watson) came out and said, “I want my trans followers to know that I, and so many other people around the world, see you, respect you, and love you for who you are.” This is ongoing, with Rowling still having access to a Twitter account, but the controversy of the wizarding world continues.

Later on, in 2020, Johnny Depp, playing Grindelwald in the Fantastic Beasts franchise, was asked to resign from his role following allegations of domestic violence from his ex-wife Amber Heard. In a public statement, Depp said, “I wish to let you know that I have been asked to resign by Warner Bros. from my role as Grindelwald in Fantastic Beasts, and I have respected that and agreed to that request.” As a result, not only was Depp dropped by Warner Bros but he was also released from his iconic role of Jack Sparrow in the Pirates of the Caribbean movies. Presently, Depp and Heard are in court, with Depp suing Heard for her allegations and the domestic violence he experienced in their relationship.

Amber Heard isn’t the only DC actor in court. Ezra Miller, known as Credence in Fantastic Beasts and the new Flash in the DC franchise, was arrested this past month. Miller was arrested in Hawaii for second-degree assault after he reportedly threw a chair at a woman after being asked to leave an establishment. This is the second time they have been arrested in Hawaii. This incident followed another arrest for disorderly conduct and harassment at a local bar in Hilo. Miller also went on a social media rampage in 2020 where they threatened to kill members of the Ku Klux Klan and posted a video of them choking a woman. While Miller was still in The Secrets of Dumbledore, their arrests have caused DC to hold a meeting on the timeline of the rest of their movies. Miller was supposed to star in The Flash, but it is still up in the air if that is still happening after the incidents mentioned earlier.

Although the Wizarding World has shaped the childhood of many, the real world infiltrates more than we would like. The magic we wish is real isn’t enough to obliviate all the problems in today’s society. Fantastic Beasts: The Secrets of Dumbledore was a great film that brought excitement to our lives. But remember that not everything about this franchise is fantastic.