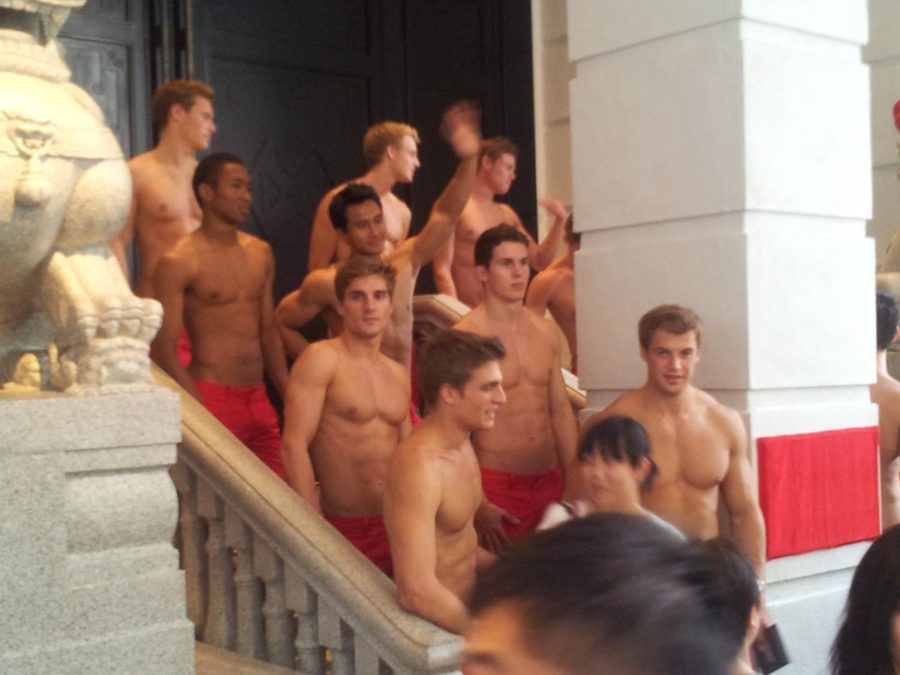 Netflix has again released more documentaries that have caused me to fall behind on school work. One in was White Hot: The Rise and Fall of Abercrombie & Fitch. An in-depth analysis of Abercrombie’s popularity, exclusivity, and ultimate downfall. Growing up in the early 2000s, Abercrombie & Fitch was a store that everyone knew about and everyone shopped at and wore. The store quickly grew to fame, but as fast as they rose the steeper the downfall.

The retelling opens with former Abercrombie & Fitch recruiters talking about the look they were told to find. While the 90s music plays, the speakers in the documentary recount how Abercrombie was portrayed. The word that was emphasized the most was “aspirational.” And after a quick google search, I learned that it means “to desire a high level of achievement”, living up to the stigma that not everyone can wear their clothes. Abercrombie & Fitch’s half-naked storefront and marketing made everyone want to be them. But this brand was not designed for everyone. In particular, Dr. Treva Lindsey, a professor of history at Ohio State University, called the store “so thin and white.”

Mike Jefferies, the company’s founder, had a clear vision of who his products were made for. In an article titled “The Man Behind Abercrombie & Fitch,” released in 2006 by journalist Benoit Denizet-Lewis, Jefferies notes, “Candidly, we go after the cool kids. We go after the attractive all-American kid with a great attitude and a lot of friends.” His managers immediately pulled the article from being published with its original news source, but the writer published it on Salon. The article had little buzz when it was first published, but as A&F got more publicly exclusive and problematic, the article proved the kind of “look” they were looking for.

A&F was discriminatory towards minorities. They were discriminatory towards their employees, and even in the clothes, they made. Graphic Tees, the trend of the 2000s, would have racial stereotypes and would be sold in stores worldwide. When protesters and lawsuits called them out, they had no repercussions and were given a slap on the wrist. A&F also discriminated against its employees. From saying that dreadlocks are not acceptable and employees must have a “clean-cut” hairstyle to turning away a woman wearing a hijab. These are only two of the examples in the documentary – there were A LOT more – but eventually, individuals who experienced this maltreatment came together and created a lawsuit against them that reached the Supreme Court. The court ruled in favor of the individuals, and A&F was forced to make changes. Whether that followed up on those changes was debated in the documentary. After body positivity took charge in this skinny America, the company’s popularity eventually fizzled out. Mike Jefferies finally stepped down from his CEO position in 2014, and A&F, under the new CEO Fran Horowitz, started to rebrand.

A&F can still be found in malls today. Not as many malls as it used to be, but enough that you could shop there if you wanted to. A powerful statement from a former employee that sums up the whole documentary by calling A&Fs exclusivity “the worst parts of American history.” Even with the new sizes and their diversity increasing and being a prevalent part of their brand, is it enough to forget the past? Is the perfume scent too strong, and is their history too tainted? That’s up to you.