Remembering the Flood of 1997 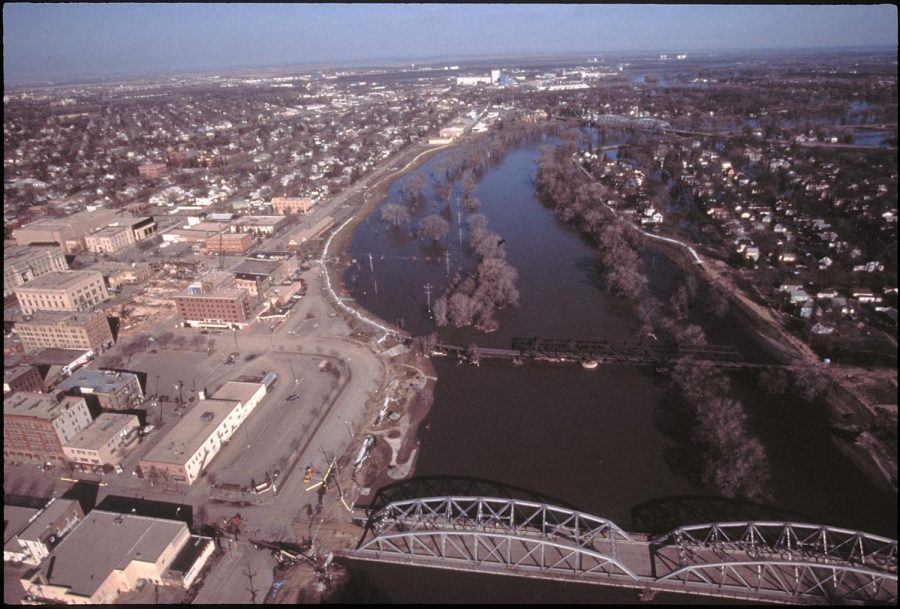 This year, we reflect and remember as it has been twenty-five years since the “Great Flood of ‘97” occurred. In 1997, the Red River of the North flooded the Greater Grand Forks area. Most of the area was underwater, while the beloved downtown area caught fire and burned. This disaster occurred after a harsh winter with a historic 101 inches of snow.

This disaster was the most severe flood the Red River had seen since 1826, and at the time, it was the largest natural disaster that the state of North Dakota had ever seen. The flood was one of the largest disasters within the United States; over 60,000 residents from Grand Forks and East Grand Forks were displaced and/or evacuated. At the time, this was the largest evacuation within the United States since the Civil War. On top of the displacement of many East Grand and Grand Forks residents, UND closed and sent students home with finals not completed and grades given based on current standing.

Many tried to prepare for the impacts of the flood. Air Force personnel from the Grand Forks Air Force Base as well as UND students, faculty, and staff built sandbag dikes to prepare. Based on the National Weather Service and the estimate of the flooding, the dikes were made to stand at 49-feet. However, the river crested (reached its highest point) on April 19th, 1997, at 54.33 feet, which was close to twice the flood stage of 28 feet.

Within the Red River region, the total damage was near $3.5 billion. Although this disaster happened 25 years ago, the Greater Grand Forks area is still recovering from the damage that occurred.

Although there were billions of dollars in damage accrued within the Greater Grand Forks community, the majority of the University of North Dakota’s campus was saved by the demanding work of a select few people who stayed despite the devastation the flood brought. Then UND President Ken and First Lady Toby Baker, along with other faculty and staff, slept on floors of the Facilities Building to protect the university from much of the flood damage. They did this by “powering down” buildings, sending elevators to the top floors, taking control of pumps, and anything else they could think to do.

Because of the protective measures maintained, UND (specifically Facilities and Skalicky Hall) became the “home base” for many of the different operations that played a role in managing the damage of the flood. This included organizations and individuals from the Grand Forks Emergency Operations Center, Police, the National Guard, the Red Cross, the Salvation Army, the U.S. Coast Guard, the U.S. Army Corps of Engineers, FEMA, city government, and the Grand Forks Herald.

The University ended up having 72 flooded buildings and $75 million in damage. However, housing, operating spaces for displaced businesses, accommodations for thousands of volunteers from across the country, and many other services were provided by the University. When the water finally receded, many Grand Forks residents were without inhabitable homes, there was no safe drinking water, and no working toilets. UND took it upon themselves to house members of the town within the residence halls, providing a “phone bank” to assist students, faculty, and staff to reach family members by phone. 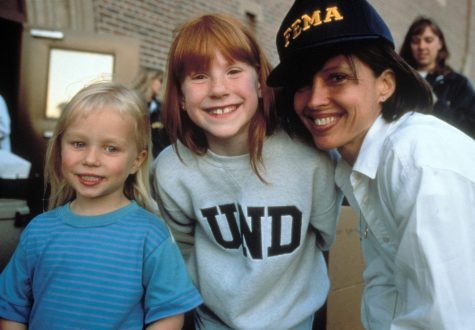 As we remember the devastation that occurred 25 years ago, the city of Grand Forks and the UND community continue their rebuilding efforts to make a stronger community. A small part of the effort can be seen in an emergency manual that documented UND’s actions during the effort. The Return to Lake Agassiz was created to not only document the actions that were taken by the University, but also as a resource for the future in case another situation like the Flood of ’97 occurs again. The book includes photos and personal accounts of 32 individuals on the impacts this disaster had on not only the UND community but also the Greater Grand Forks as a whole.