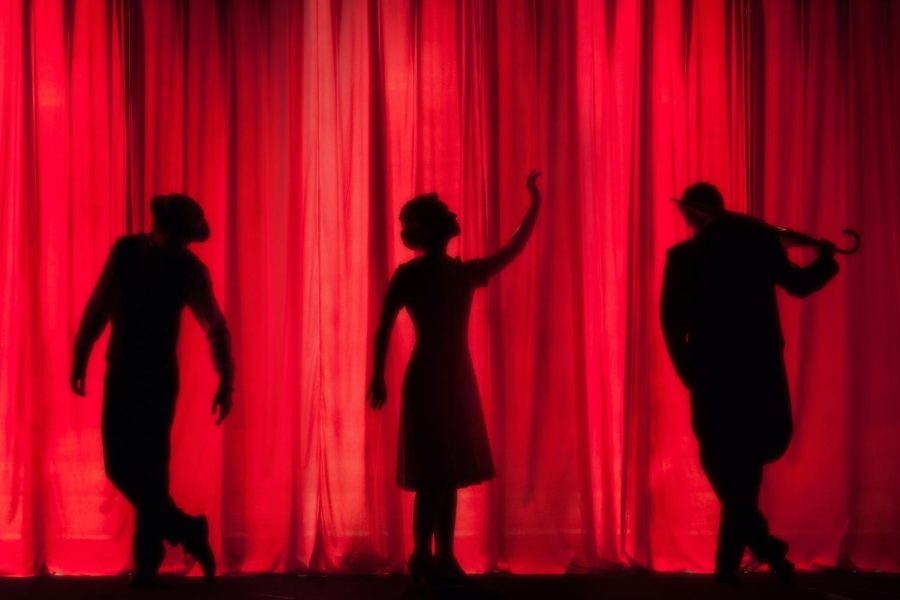 UND’s Theater Department finished up their last play of the semester with Unrehearsed Shakespeare. The quirky production involved actors having no prior knowledge of how the play would go. Their cues involved only four syllables that they hadn’t rehearsed until they had gotten on stage. The event’s website says, “We won’t have a traditional rehearsal process, so the weeks that would usually be devoted to that will be preparation and training in the Unrehearsed technique. After some training workshops, actors will be cast in their roles and will work on them, in solo sessions with me [the director] and on their own, until we perform.” As a result, the audience was allowed to react however they wanted. They could boo the evil characters, cheer on the good ones, and even interact with the actors from time to time. They put on three shows over the course of this past weekend consisting of Shakespeare All’s Well That Ends Well, Romeo and Juliet, and A Comedy of Errors. As some students only went to get a fine-arts credit -sometimes leaving mid-performance- the show turned out to be hilarious and relatable.

The Thursday performance of All’s Well That Ends Wel, is a story that surrounds an icon named Helen who wishes to marry Bertram, a soldier that plays a fratty prince charming. Bertram doesn’t want to marry Helen, but Helen saves the King’s life and, as a reward, gets to marry whoever she wants. Bertram is strongly opposed to this marriage  – gaining boos from the crowd – and writes to Helen, telling her that he will only consider her his wife if she wears his ring on her finger and has his baby. He immediately runs off to fight in Italy, thinking there is no way that she can fulfill his requirements. While in Italy, he falls for a girl named Diana and wishes to take her to bed. Little does he know that Helen, Diana, and Diana’s mother have been conspiring to play a switch-a-roo on Bertram in the bedroom. When Bertram returns to the king, everyone thinks Helen is dead since no one has seen her for some time. After some arguing between Diana, the King, Diana’s mom, Bertram, and basically the whole kingdom, Helen steps out of the shadows. She is pregnant and is wearing Bertram’s ring. He ultimately accepts her, and the play ends as the title states, “Alls Well that Ends Well.”

The performance was phenomenal. It felt natural, with the screw-ups and multiple sexual references that Shakespeare is known for. The unrehearsed factor of the show is a representation of how Shakespeare put on plays when he first wrote them. With little practice and just the words he wrote. The spontaneity from the actors on stage and the audience members’ seats made the atmosphere fun and exciting, something most would not associate with Shakespeare. The show was a fantastic way to close out the semester, and I am excited for the following shows to come.