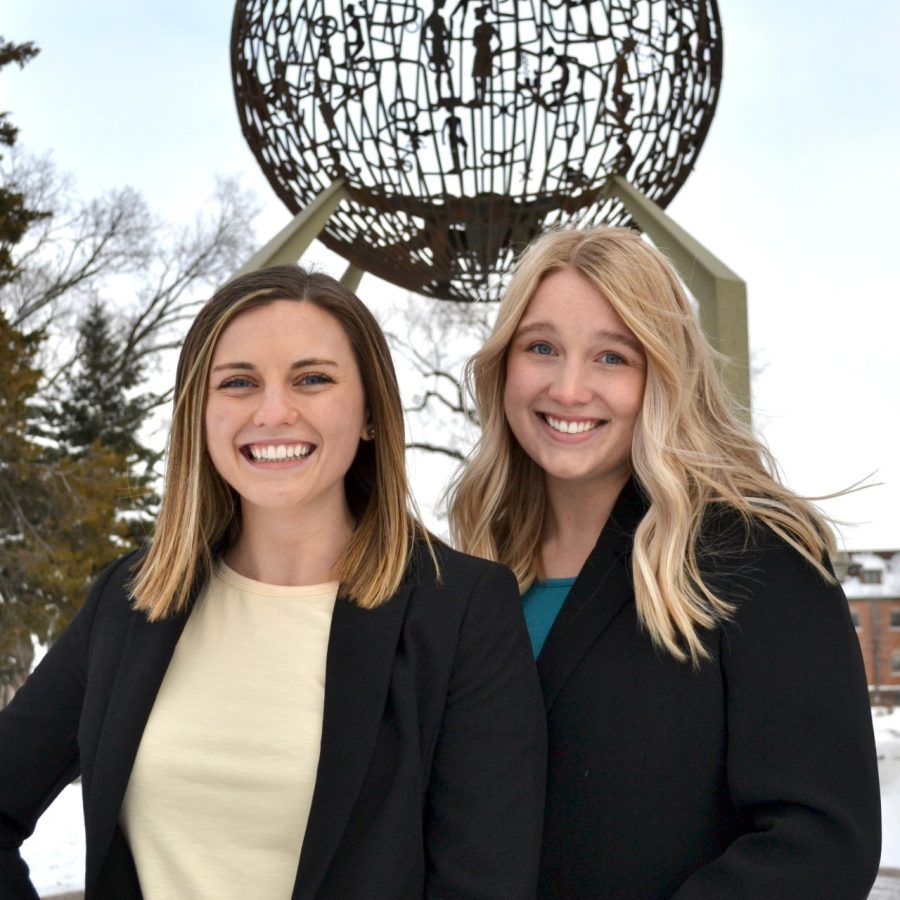 The student government elections concluded on April 20th, 2022, a week behind the intended end date due to unforeseen weather conditions. Wahl & Mastrud won their bid for Student Body President and Vice President. When the polls closed on Wednesday night, the Wahl & Mastrud team had received 1,928 votes out of the 2,836 that were cast.

The Dakota Student received a statement from the Wahl & Mastrud team on what this win means to them; the gratitude that they feel for the UND student population, the hard work that they plan to put in, and the work they plan to begin.

The team had to say:

“We are honored the UND Student Body has put their trust in us to serve as UND’s next student Body President and Vice President. This could not have been possible without the help and support of our amazing volunteers and team. We want to thank UND students for engaging with the election and learning more about Student Government. Election Day was just the beginning of our team engaging with all corners of campus. Thank you for sharing your values, perspectives, and feedback with us throughout our campaign. We will continue to listen, engage with students, and build upon conversations to serve all of you. We are so excited for the future and can’t wait to get to work!”

For the last few weeks, Wahl & Mastrud have received a plethora of endorsements on social media from students across UND’s campus. Notable endorsements included the current and previous two Student Body President’s and Vice President’s. The countless endorsements translated to votes on April 20th, which ultimately led to the team’s win.

As for the following individuals who ran for Student Senate seats, the results are as follows:

To learn more about what Wahl & Mastrud plan to accomplish in their upcoming year, read their article located on the Dakota Student here.

Dominique Menard is Dakota Student News Editor. She can be reached at [email protected]