The Good, the Bad, and the Madness: Everything the NCAA Tournament Provided this Year 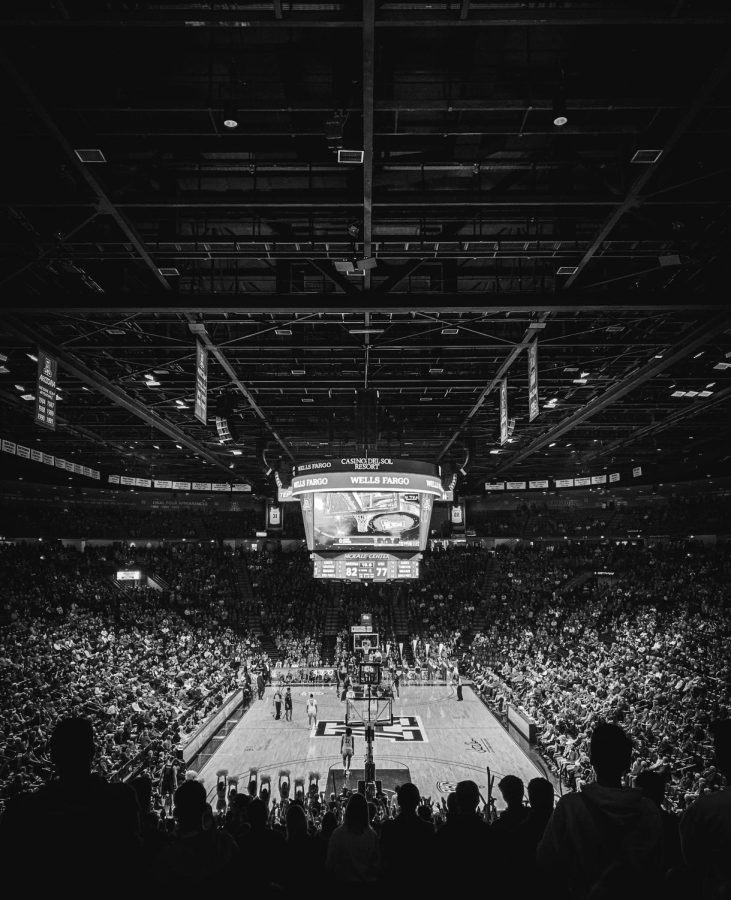 Last Monday night wrapped up another unpredictable chapter in the March Madness saga with Kansas winning its sixth national title while also mounting the largest comeback in the history of the national championship game. With the tournament completed, here are the highlights and lowlights of what this year’s edition had to offer.

Atmosphere: The fans were back in attendance, and the change in environment was noticeable as soon as the First Four started. Viewers, coaches, and players were excited to get the fans back in the arenas, and seeing it come to fruition as the tournament began was a great feeling. Even without fans last season, the NCAA Tournament still provided excitement and action, but there is nothing like watching an arena filled with out-of-town fans rooting for St. Peter’s to pull another improbable upset. Fan attendance provided a boost that was not available last season for the underdog teams, and it showed given the upset victories not only in the first round but also deeper in the tournament.
Competition: Many of the games were highly competitive in the first round. There will always be blowouts and games that are not worth watching after the first half, and many of these games involve No. 16 seeds going up against No. 1 seeds. Outside of North Carolina vs. Marquette and St. Mary’s vs. Indiana, the games that fans and analysts anticipated to be competitive were high level games that went down to the end. Murray State vs. San Francisco and USC vs. Miami (FL) were two examples of this.

Gonzaga learned a lesson: Sorry Gonzaga fans, but it is time to join a conference. The era of playing Santa Clara on the same night as Kansas plays at West Virginia, Duke plays Florida State, Arizona plays Oregon, and Kentucky plays Alabama (February 19) is over. Everyone plays smaller teams in nonconference, that is how the game works. However, when conference play is at its height and teams are playing for conference and national seeding implications, it is unreasonable to put Gonzaga on the pedestal that they are without playing anyone better than St. Mary’s for the better part of two months. (No offense Gael fans.)

The West Coast Conference: This season’s West Coast Conference was more competitive than most seasons, yet the conference still received only three tournament bids and sent just one team beyond the first weekend. Gonzaga will always be the face of the WCC and the results have not been there. Gonzaga can schedule whoever they want in the non-conference schedule, but the UCLA and Duke teams they play against in November are not the same versions that enter the tournament in March. Hitting the snooze button for every opponent except St. Mary’s from the beginning of January to the end of February is not beneficial for the program. It is also part of the reason they seem to be caught off guard when playing a team like Arkansas from the SEC or Memphis from the American Conference. Arizona and UCLA were both top 10 programs at points during the season and USC had a late run into the top 25. The PAC-12 may not be the Big 12, but at least it is a start. Also, as a student, having Arizona or UCLA in town as the highlight of the conference schedule would personally be more enjoyable than getting fired up for Loyola Marymount. Gonzaga, join a conference.
Iowa: Coming into the Round of 64, the Hawkeyes had every reason to believe they could make a run. No team was better offensively than Iowa. They rolled through the Big Ten tournament and were the hottest team in college basketball. Once the brackets were revealed with Iowa drawing Richmond in the first round, there was reason for concern. Scoring just 63 points against Richmond is not how Hawkeye fans envisioned the end of their season. Richmond caught fire in the A-10 tournament and stole a bid to the tournament. Richmond was a threat to anyone – catching fire in the A-10 tournament and stealing a bid to the tournament. Iowa’s Jordan Bohannon, Keegan Murray, and the McCaffery brothers had all been playing fantastic up to the start of the tournament, but against the Spiders, Murray had 21 points, Patrick McCaffery had 18 points, and no other Iowa player scored more than six points. Outside of St. Peter’s beating Kentucky, there might not have been a more surprising upset in the Round of 64.
Illinois: This should have been a revenge tour season for Illinois, and for a while, it seemed like their Final Four aspirations could be justified. Then they lost to Indiana in the Big Ten Tournament and did not look the same after that. The Illini need to figure out their postseason troubles. Illinois needed a last second miss from Chattanooga to beat the Mocs by one point in the first round. They were then crushed by Houston in a non-competitive game. Scoring 54 points against Chattanooga then losing by 15 points to Houston is not how Illinois wanted to end their season. This comes the season after being a No. 1 seed and losing in the Round of 32 to Loyola Chicago.
The Big Ten: Savvy college basketball fans are already noticing a common theme with the bad of this year’s tournament. Last year, the Big Ten sent nine teams to the tournament and had two No. 1 seeds. Only one team advanced beyond the first weekend of the tournament. This year, the conference received nine tournament bids again, sent only two teams to the Sweet 16, and lost both. The last Big Ten team to win a national championship was Michigan State in 2000. The Big Ten will always produce quality teams, but it’s time to question how good this conference truly is.

St. Peter’s: This could not have been more obvious. No team caused more mayhem in brackets than the St. Peter’s Peacocks. They are the first No. 15 seed to make it to the Elite Eight, beating Kentucky, 30-win Murray State, and Purdue on their way to the history books. It all came to a screeching halt against the Tar Heels, but it was a historic run nonetheless. To put it into perspective, The Betty has a higher maximum seating capacity (3,300) than St. Peter’s has total students (3,197 including graduate students). There was no bigger surprise and no better underdog to root for than St. Peter’s. This run eclipses what Florida Gulf Coast did in 2013 and will be remembered for a long time.
Coach K’s Finale: Opinions on Coach K are irrelevant for the purpose of this discussion. The way Coach K’s career ended is madness. Beating UNC by 20 points in his final game on the road at Chapel Hill was a success, but Duke went on to lose the next two matchups against the Tar Heels – his last home game and in the Final Four. Having Duke and UNC meet for the first time in the tournament as Coach K’s last season as head coach of the Blue Devils is almost too good to be true. His archrival then ended his career in the Final Four in their first ever postseason meeting. The greatest college basketball coach of all time lost twice in a row to his archrival in his last season which must leave a bitter taste in Coach K’s mouth.
North Carolina: While North Carolina is a household name in the world of college basketball, they were a No. 8 seed this year and were under a lot of pressure following the departure of Roy Williams. Hubert Davis came to Chapel Hill hoping to re-establish North Carolina as a relevant and consistent championship contender. Needless to say, he succeeded. After a blowout loss to Virginia Tech in the ACC semifinals, there was reasonable doubt surrounding their NCAA Tournament ceiling. The Tar Heels beat Duke in Coach K’s last game at Cameron Indoor, so the ability to beat good teams was proven to be there. North Carolina started the tournament with a statement by burying Marquette in a 32-point hole and nearly dropping 100 points on the Golden Eagles. The No. 8 seed in the East region then went on to lead top-seeded Baylor by 25 points in the second half. Baylor made an improbable comeback to force overtime following a Brady Manek ejection, but the Tar Heels put together a strong five minutes of overtime on their way to an upset victory. Next up was the UCLA Bruins and North Carolina handled business in a 73-66 victory where Caleb Love scored 30 points. The Tar Heels then played the villain and sent St. Peter’s back to Jersey City, ending the Peacocks’ magical run in a 69-49 victory.
History: Once the Tar Heels ended one bit of tournament history, another chapter began. UNC got the ultimate chance. On college basketball’s biggest stage, the Tar Heels had the opportunity to end the career of the most hated man in Chapel Hill, North Carolina; and they did. In one of the most historic college basketball games of all time, UNC beat Duke 81-77, sending Coach K into retirement. The script was written perfectly for a top 5 sports rivalry in the world. After that historic game, the eighth seeded Tar Heels were one win away from a national championship, but UNC fell victim to the largest national championship comeback of all time in a 72-69 loss to the Jayhawks. With UNC up 15 points at halftime, Kansas played a masterful second half and scored 47 second half points to complete their historic comeback and capture their fourth NCAA title.

The NCAA Tournament always finds a way to bring out the best of college basketball. This season was no different and next season will be the same. The only question is: how crazy will it be?