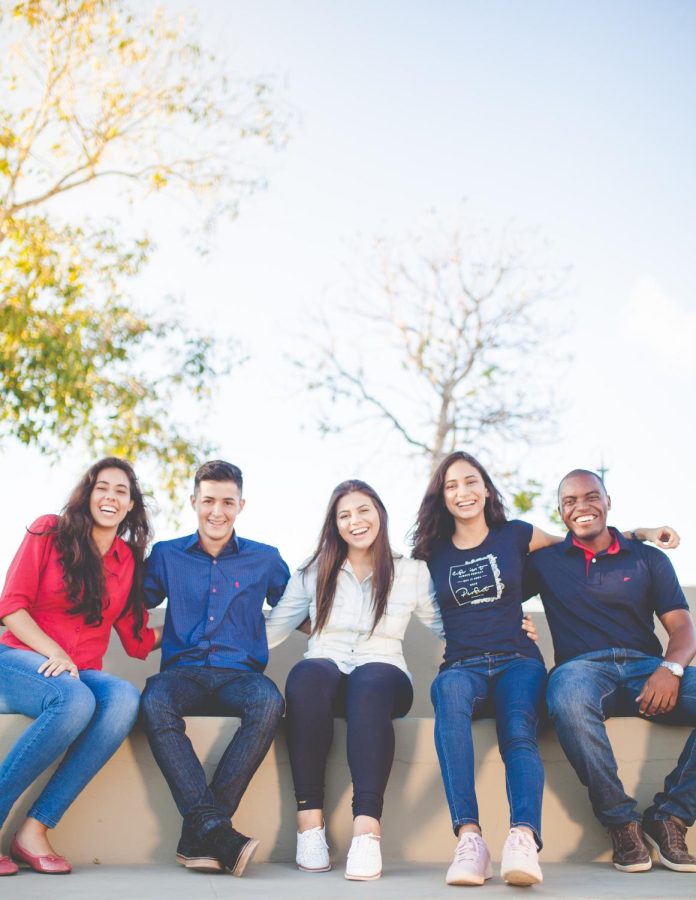 One aspect of Greek life that is often overlooked is their commitment to giving back to the community. Every sorority and fraternity is tied to a philanthropy – a charitable organization that the house supports through a combination of fundraising and volunteer work. As college students, busy schedules are the norm, and being part of the local community often falls by the wayside, but Hellenic groups have been able to prioritize philanthropy.

Philanthropies are chosen nationally by each chapter, but a fraternity or sorority finds ways to support at the local level. Common fundraising events include formals, selling clothing items such as sweatshirts or hats, and pay-to-play games. During COVID, many in-person events were limited for the health of members and the invited community, but as the world has opened up, more and more philanthropic events are occurring on-campus.

You don’t need to be a member of the Greek community to get involved. Participating in a philanthropy event is a simple way to give back while connecting with other students on campus. The spring semester is chock-full of philanthropy events, and several are coming up this week – including Gamma Phi Beta and Sigma Phi Epsilon.

Mackenna Satrom, the Philanthropic Chair for Gamma Phi Beta, is planning her sorority’s  upcoming event called Pie a Gamma Phi Beta that supports Girls on the Run. Satrom enjoys philanthropies and what they add to Greek life. “I like being involved on campus. When you go to an event, you can interact with people within the Greek community. You make connections and meet new friends because it’s interactive.”

Gamma Phi Beta’s philanthropy – Girls on the Run- is an organization that emphasizes building a community of strong, confident girls through “fun, experience-based curriculum that creatively integrates running.” Their April 7th event will run from 5-8pm at the Gamma Phi Beta House. To raise money, the event will allow attendees to purchase whipped cream “pies” for five dollars to pie a member of the sorority. All proceeds will go to Girls on the Run.

Sigma Phi Epsilon is hosting the band Silver Warehouse and catering Red Pepper for their event RedPep SigEp. The 10 dollar entry fee will support the ND School for the Blind whose mission seeks to “provides individualized services and resources to infants, children and adults with visual impairment to empower them in achieving their goals.” RedPep SigEp will take place this Saturday, April 9th at the Sigma Phi Epsilon house from 9pm to midnight.

Claire Weltz  is the Arts & Community Editor at the Dakota Student. She can be reached at [email protected] 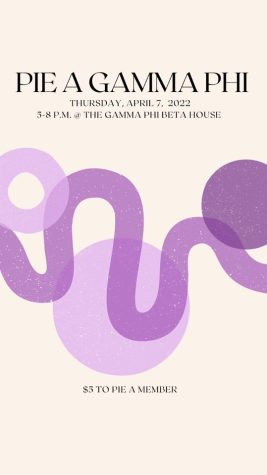 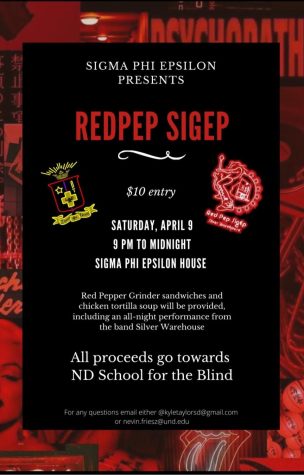