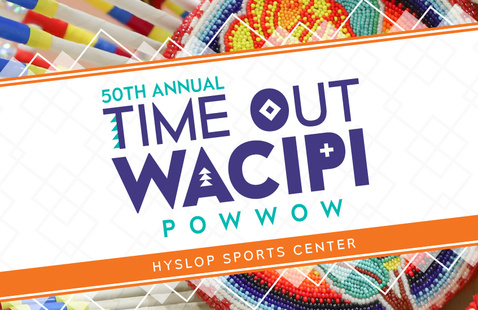 A celebration of life where people can sing and dance while making new friends and seeing old ones. This is a Powwow, native to Indigenous peoples and culture, and Wacipi is specific to the Northern Plains region.

According to the University of North Dakota, Time Out week and the Wacipi Powwow is a celebration of Indigenous people and culture. On April 8th and 9th, there will be all sorts of traditions and celebrations for anyone and everyone to gather for.

“Spectators can participate in the Powwow by dancing to intertribal songs and visiting vendors and concessions,” the University of North Dakota said.

The event will have free admission and free parking after 4 pm on Friday, April 8th with food concessions sponsored by Native American Law Student Association and UND Indian Association. The food concession options will include frybread tacos, chili, taco in a bag, snacks, and more with proceeds supporting the Indigenous Student Groups.

To celebrate the 50th anniversary, a big celebration consisting of demonstrations, performances, art, music, dance, dress, presentations, and more will be held for students, staff, and the public. There will even be specials for women and men to compete in several competitions for first, second, and third prizes ranging from $100 to $3,000.

Sponsoring the Wacipi Powwow will be UND’s very own Student Diversity and Inclusion, Alumni Foundation, and Indian Association along with some other sponsors being several Tribal Council Representatives and the Greater Grand Forks Visitors Bureau.

A few things of note when attending such a Powwow is to ask permission before photographing or touching performers and their outfits, do not touch the drums for they are considered sacred, and stand during prayer, Grand Entry, honor songs, and posting of the colors which will be signaled by the Powwow committee.

Kelsie Hildebrand is a Dakota Student General Reporter. She can be reached at [email protected]