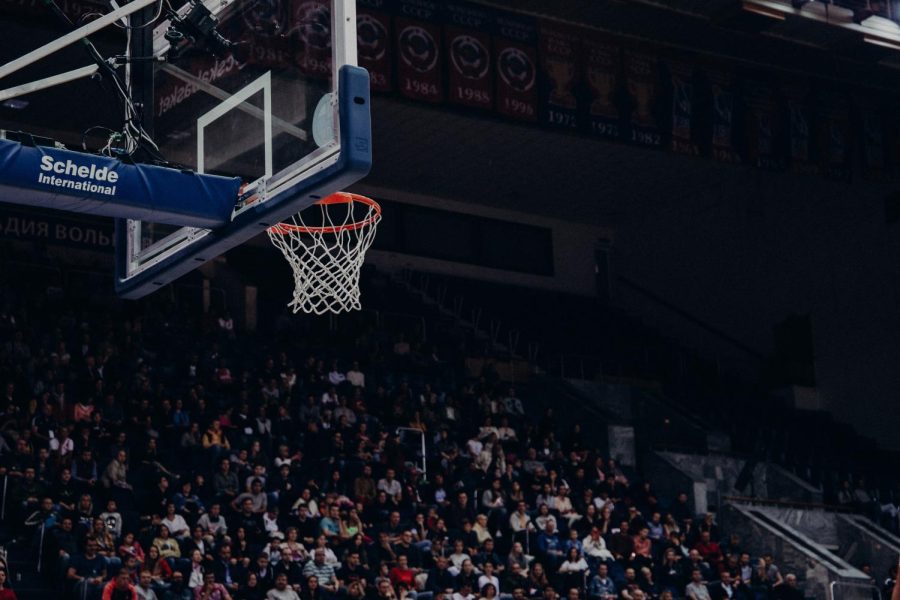 GRAND FORKS, N.D. — The St. Peter’s Peacocks emerged as this season’s true Cinderella after beating No. 2 seed Kentucky in overtime as well as No. 7 seed Murray State in the Round of 32 to become the third No. 15 seed in NCAA Tournament history to reach the second weekend of the tournament. While St. Peter’s did not have the “lob city” mentality of the 2013 underdog Florida Gulf Coast, the Peacocks showed that they could match up with anyone on the court with their speed and physicality.

St. Peter’s continued to write another chapter in their Cinderella story when they beat No. 3 seed Purdue. With no player taller than 6’8” playing productive minutes on their roster, the Peacocks had no obvious answer to Purdue’s 7’4” Zach Edey, 6’10” All-American Trevion Williams, and NBA lottery pick Jaden Ivey – all with a week to prepare. St. Peter’s appeared outmatched and outsized, but they were not outworked. After getting in the way of passing lanes, playing physical defense, and moving the ball quickly on offense, St. Peter’s shocked the Boilermakers and became the first No. 15 seed to make the Elite Eight in tournament history.

The Peacocks were one win away from an improbable Final Four berth, and the North Carolina Tar Heels, a historic blue blood program with a basketball history longer than most college textbooks, stood in their way. However, Tar Heels were undergoing change in the program’s first season under Hubert Davis after the end of Roy Williams’ illustrious coaching career. Unlike years past, the Tar Heels entered the tournament as a No. 8 seed and were not considered a national championship contender, but as the college basketball world has witnessed time and time again, UNC turned it up late in the season and played their best basketball down the stretch.

Going into the Elite Eight, North Carolina was the lowest seeded team that St. Peter’s had faced all tournament. The question remained: how long could St. Peters continue to pull off jaw-dropping upsets? From the start, St. Peter’s was outmatched against the Tar Heels in both speed and strength. North Carolina scored the first nine points of the game and never looked back on their way to a 20-point victory over the greatest Cinderella of all time. For the first time in the tournament, St. Peter’s looked like a No. 15 seed in the game, shooting only 30 percent from the field and lacking the energy of previous games. Their body language didn’t match the group that shocked the country in three straight tournament victories.

How can it end this way? After everything the Peacocks went through and the teams they beat, how can they get thrashed like that? The simple answer is that the basketball world is sometimes unexplainable. In the past month and a half, a head coach in his first season took a team from Ames, Iowa with two wins last season and turned them into a 20-win team playing in the Sweet 16. A different head coach openly slapped another coach on the opposing team’s staff on the head during a handshake line and was then allowed to coach in the post-season. When Baylor was down 25 points in the second half versus North Carolina, UNC star Brady Manek was ejected which allowed Baylor to make an impossible comeback and force overtime.

The greatest Cinderella story of all time ended with a pummeling by the lowest seeded team they faced all tournament and their coach finalizing a deal with another university only a short time after the game. St Peter’s lost their energy, their tournament run, their hope, and their head coach in the span of about five hours. It should not have ended this way, but it did. Hopefully, St. Peter’s can return and become a tournament regular in the coming years, but history dictates that might not be so. With that said, St. Peter’s seems to have a knack for ignoring history as they became the first No. 15 seed in the Elite Eight.

Everyone is rooting for them, including now former head coach Shaheen Holloway. It is great to see the opportunities that this run provided for Coach Holloway along with his players who will undoubtedly enter the transfer portal and seek opportunities from larger schools, perhaps Holloway’s Seton Hall. It’s impossible not to think about what this team could do next season if everyone committed to staying at St. Peter’s and reaped the benefits of their Elite Eight run. This tournament performance will grow the university and its pull in the college basketball recruiting world. If everyone were to return and the talent continued to increase, the Elite Eight might not be the ceiling for St. Peter’s. Unfortunately, we will never know.