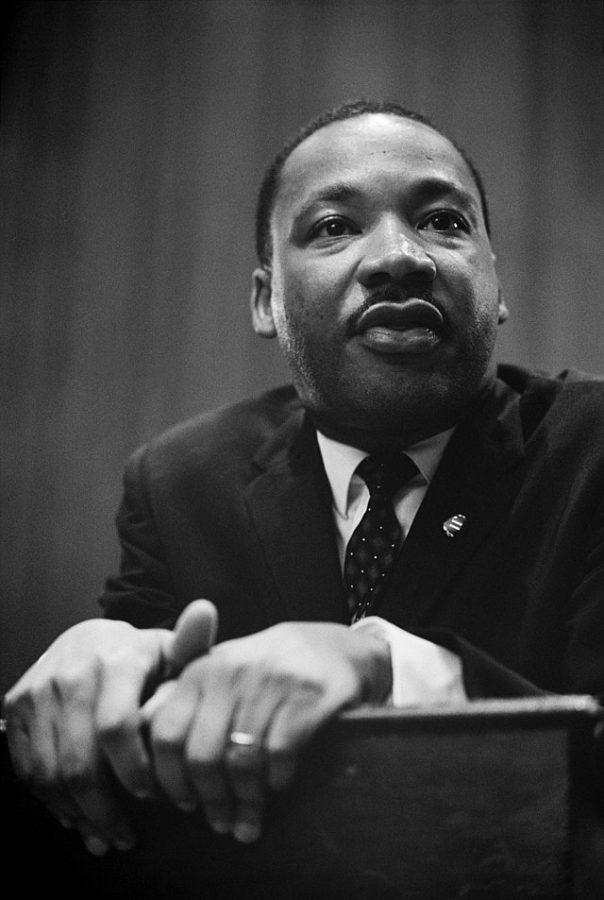 Martin Luther King Jr. is widely known for his role in the Civil Rights Movement in the late 1950’s and early 60’s where he spoke out and led the people to a peaceful tomorrow. His most famous works are the “I Have a Dream” speech in Washington DC and the “Letter from a Birmingham Jail.” MLK Jr. was awarded five honorary degrees, was named man of the year in Times Magazine, and was awarded the Nobel Peace Prize, which he turned down and gave the money to the cause he fought so fearlessly for.

On April 4, 1968, MLK Jr. was assassinated while standing on his motel room balcony in Memphis, Tennessee the day after his last speech at the Mason Temple called “I’ve Been to the Mountaintop.” MLK Jr. played an outstanding role in passing the Civil Rights Act of 1964 and the Voting Rights Act of 1965 and for that, he is celebrated across the United States to this day.

UND has cancelled all classes and closed all university offices on Monday, January 17th in observance of Martin Luther King Jr. Day to honor his work in making this country a more equal country. UND has also brought in a keynote speaker, the return of Civil Rights Activist Rosalyn Pelles, to give a speech at UND’s Martin Luther King Jr. Day brunch from 10:00 to 11:30 am on Monday, January 17th in the Small Ballroom of the Memorial Union.

“We are excited to welcome back Rosalyn Pelles,” said Stacey Stacey Borboa Peterson, UND director of student diversity & inclusion. “We look forward to recognizing individuals who are actively engaged in social change and those who are making a significant impact in our community. There is no better day for that than Dr. Martin Luther King Jr. Day.”

Individuals who have actively demonstrated a commitment to social justice in the UND community and strive for social change, advocate for diverse students, faculty, and staff, and have made a significant impact will also be recognized for receiving the Martin Luther King Jr. Social Justice Award and the MLK Day brunch next week.

“Where do we go from here?” being the theme, which comes from Dr. King’s speech on August 16th, 1967, is not a stray from the university’s path to diversity, equity, and inclusion work for a better future. This event will also be livestreamed on Monday, January 17th from 10:00 to 11:30 am.

Kelsie Hildebrand is a Dakota Student General Reporter. She can be reached at [email protected]