The Pineapple on Pizza Debate 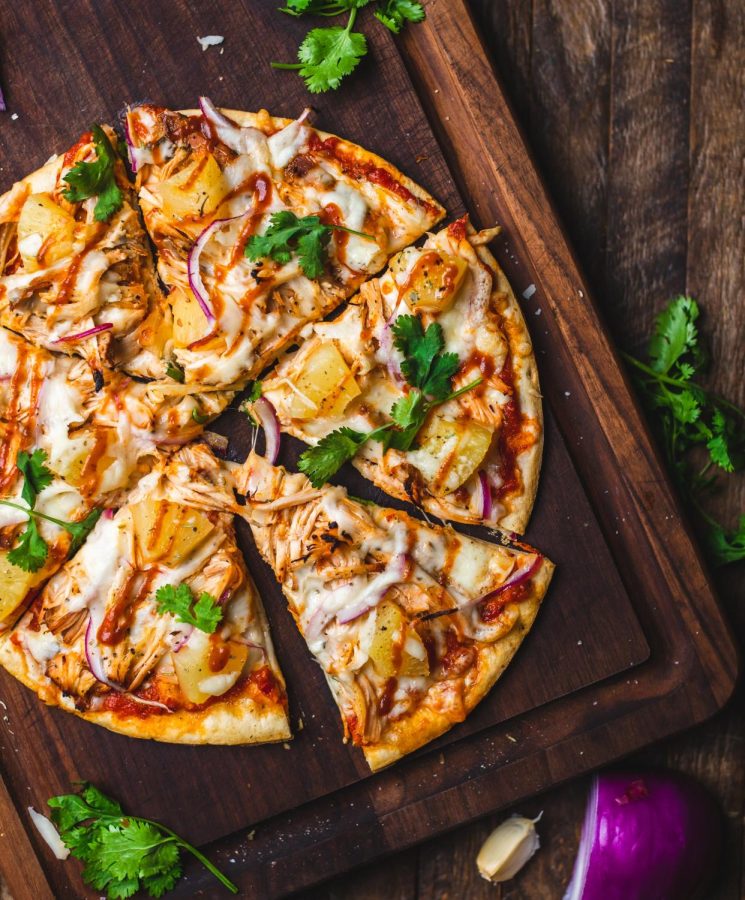 Pineapple on pizza has been heavily criticised. In Italy it is actually illegal to put pineapple on pizza, but there are many who defend it to the grave. Why is this such a heated topic? People can be very passionate when it comes to food. Hawaiian pizza originated in Canada in 1962 by creator Sam Panopoulos at Satellite Restaurant. In 2017, the topic became especially heated among pro-pineapple lovers and anti-pineapple haters, as celebrities and even politicians began weighing in. This is such a fiery debate that many relationships crumble before they even begin, and all with one question. Does pineapple belong on pizza?

I honestly do not understand what all the fuss is about. People should be able to enjoy whatever pizza that they want, without judgement. Pizza is pizza after all, and what’s not to love? However, it is a fact that pineapple adds a whole new flavor profile to pizza by creating a sweet and savory dish. The tricky part is creating a balance, not adding too much pineapple but just the right amount. Pineapple can go on just about any kind of pizza too, not just hawaiian. I do however think there are many exceptions with the whole fruit on pizza debate. Obviously it depends on the pizza, if it is a dessert pizza I do not see many issues. It also depends on the type of fruit you are using. For example, a fruit like bananas or kiwi on a regular pizza? Pineapple might be the only fruit that really pairs well with pizza but I can’t imagine anything else packing quite the same punch.

Contrary to popular belief a lot of people actually like pineapple on pizza. I have not met anyone in my family who is truly against it, or at least no one so passionate in their hate. In Australia, Hawaiian pizza is one of the top sellers next to margarita pizza. Many pizza brands such as Dominos and Pizza Hut have chimed in on the debate, arguing that there are many reasons as to why pineapple belongs on pizza. Though obviously they would also argue that all pizzas are created equal.

Demetria Slyt is a Dakota Student Opinion Editor. She can be reached at [email protected]