Why we need to raise the minimum wage 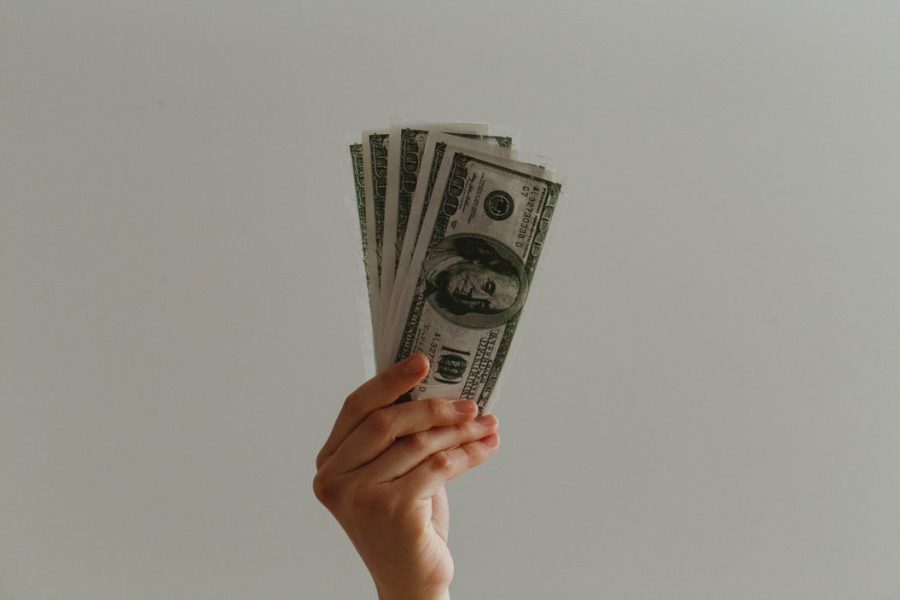 I would like to raise concern about the minimum wagecrisis in America, as well as whythe minimum wage should be raised. College studentsand other individuals, barely hanging overthe poverty line, across the United States struggleto get by on minimum wage alone. With thecurrent state of the economy and inflation, the costof living is higher than ever. The federalminimum wage is and has been restricted to around$7.25 for over a decade. However, Indifferent states there are minimum wage laws and theyare meant to protect the workforce fromexploitation. In many other countries minimum wagegoes up steadily every year and isdetermined by inflation, unlike the US. There area number of questions that we could ask here,such as: Why should the minimum wage be raised? Howcan we raise the minimum wage? Whatare the trends in the past surrounding this topic?How do other countries determine theirminimum wage laws? What are the pros and Cons? Howwill this benefit the everyday person?This is an increasingly urgent matter as the everydaylower classes try to get by. There aremany different debates surrounding the minimum wagecrisis in America. For example, someindividuals debate that just because the majorityof minimum wage positions are held bydependents, AKA adolescents living with their parentsor college students, that the minimumwage does not need to change. In 2019 there was astudy by the Bureau of Labor Statisticswhich estimated that nearly 41.3% of minimum wageworkers were between the ages of 16 to 24years old. This is assuming that these dependentsdo not provide for themselves completely, asdependents generally do not pay rent, do not pay bills,do not buy groceries and do not providefor other people or other dependents in the household.This is very counterproductive to theeconomic well-being of the American people. Overall,generalization is a very negative practiceand incredibly demoralizing. 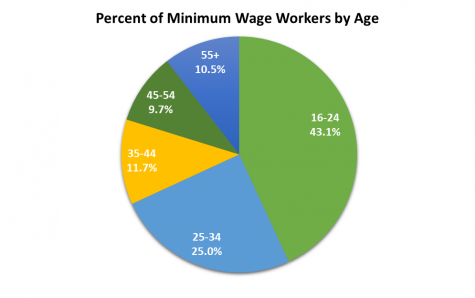 How much has the minimum wage actually changed inthe last century? For starters,minimum wage was established to protect workers frombeing exploited by their employers inaccordance with the FLSA (Fair Labor Standards Act).Before1938, employers could pay theiremployees as little as they wanted to without losingprospective profit. The original minimumwage in the United States in1938was set somewherearound $0.25 – $1.00 an hour. Whereastoday, in2021, the minimum wage has been set at $7.25since2009around the end of the greatrecession. If the US followed inflation and productivitytrends from the beginning, the currentminimum wage would sit around $20 to $24 an hour,says the Center for Economic and PolicyResearch. If we look at the following graph we cansee the exact history of the national minimumwage. 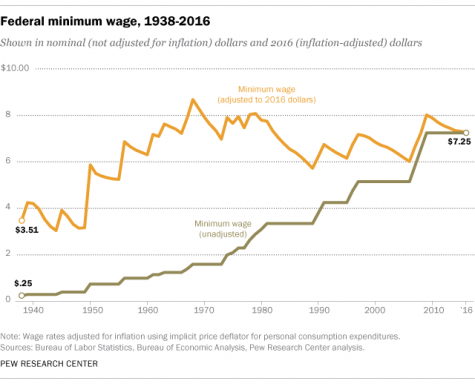 The standard of minimum wages in other countries aredetermined by economic experts,labor unions and employers. The federal minimum wagein the United States is dictated by ourgovernment, specifically, political representatives.There are no other countries that operate inthis way and they actually raise the minimum wageannually; as opposed to the US who raise thestandard roughly every ten or more years. The UnitedStates has been very divided about thisissue but little continues to be done. As previouslymentioned, a number of states do have theirown minimum wage laws in place and raise it more annuallythan that of the federal wage; whichhas barely changed since the1980s due to inflationpulling it down.What are the pros and cons of raising the minimumwage? Let’s start with the pros. Onepositive of raising the minimum wage in America wouldbe benefiting its lower class citizensliving below the poverty line; increasing the overallstandard of living. Doing this would helpcitizens more easily afford many things such as healthcare,housing and other necessities foreveryday living. Raising the minimum wage would alsohelp eliminate or more efficiently lowerdebt for many individuals, especially college students.Some argue that raising the minimumwage to $15 an hour would greatly benefit minorities,like people of color and women. TheAmerican people would also have more freetime to spendwith their families and establishconnections.

The consequences of raising the minimum wage generally have to do with suddenchanges as opposed to gradual solutions. If we wereto immediately raise the minimum wage to$15 an hour there would be very little time for smallbusinesses to adjust and may bankrupt thesebusinesses. Another thing, minimum wage positionswould become all the more competitive andthe hiring rate would decrease significantly basedon employer preferences. Currently the Bidenadministration and many others in the democratic partyare fighting for the minimum wage toincrease to $15 over the next four to five years,in order to make up for lost time. Many peoplebordering the poverty line are eager for these changesto take place immediately, but aspreviously stated, there are issues with that.You may have heard the term, “The American Dream,”but what does this mean exactly?The American dream is the idea that if you work hardenough, save, and invest correctly that youwill be successful. It poses the idea of wealth andsocial mobility, which in reality, is not alwayseasily achievable. Ideally the American dream is basedon the concept of equality and freedomfor all, but the factors of social mobility are restricting.If you are born into the right socialbackground or higher class, you have more opportunitiesto move up the social ladder andsucceed.Now, let’s consider the minimum wage crisis comparedwith the American idealisticsociety. The current amount of the federal minimumwage is $7.25, as I mentioned before it hasbeen that way since 2009, that is nearly going ontwelve years now. Given the state of economicinflation and the decrease in affordable housingit is harder than ever to support yourself or yourfamily if you are in the lower class. It has beenproven that if you are born in a higher socialstanding that you have more opportunities and moreprivileges in life than other classes. Thismakes it incredibly hard for anyone in the lower classesor minorities to succeed or have any sortof access to social mobility. Children are the futureof America but not all children are born intoequal opportunities. The American standard for livingshould not be a constant state for survivalas it is now.Let’s do the math for people who are earning minimumwage while living under thepoverty line. If you were to earn $7.25 an hour andcould only work 40 hours a week, you wouldbe earning a gross income of $580 bi-weekly. How doesthis add up every year, if you were towork in these conditions? This would place your annualincome at around $14,000 per year, notincluding what is subtracted for taxes. To live comfortablyin American society it is estimated 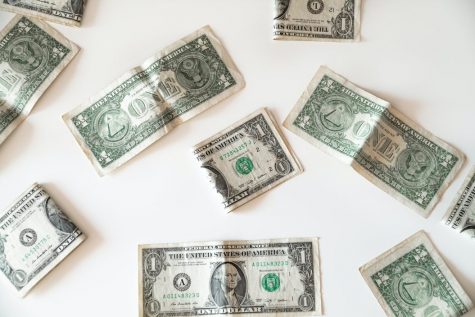 that you should be making around $68,000 a year, if not that then at least roughly $50,000 a year.When you get by living on minimum wage, you are ina constant state of struggle, with orwithout a family to care for.How can we raise the minimum wage without hurtingour economy and the Americanpeople? We can do so by raising the minimum wage graduallyand adjusting it with inflation, asmany other countries do. To make up for lost timewe can raise the minimum wage to $15 anhour, as suggested by so many. The Biden administrationand democrats alike are activelyfighting to make this happen. This is a more controversialissue and it is heavily debated withinthe political parties, so it obviously will not bean easy feat. President Biden released anexecutive order on April 27th, 2021 to raise the federalminimum wage to the aforementioned$15. This order would not only increase the hourlyminimum wage for federal contractors butalso secure that wage for people with disabilities,and it would ensure that it follows inflationtrends annually. This act is also in part a responseto COVID-19 relief and aiding US citizens.In conclusion, raising the minimum wage is achievable,however, we need to do sogradually rather than immediately. If we raised thefederal minimum wage suddenly it wouldcreate situations of unemployment and bankruptcy forbusinesses, as they would have no time toprepare or adjust to the sudden change. By raisingthe minimum wage gradually we are allowingbusinesses and other organizations a period of adjustmentand more flexibility. I, personally, feelthat we need to take minimum wage laws out of thehands of politicians and operate on a, “by thepeople for the people basis.” More specifically weneed to put matters such as this in the handsof employers, labor unions, and economic experts.However, the Biden administration might beone of our best bets to date. It is important forUS citizens to reach out to these sources about theissues they are facing and try to put in place anysolutions. If we were to raise the minimumwage to $15 an hour it would benefit many people andIt would also help establish adjusting theminimum wage in accordance with inflation. Thereforeproviding more economic stability forthe people of America.