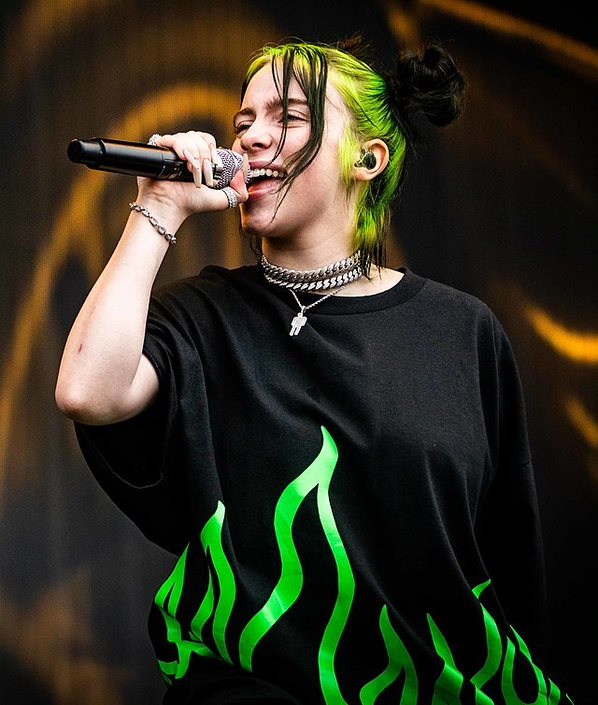 Following the release of her new album, Billie Eilish, an American singer-songwriter, is speaking volumes about body positivity after a photoshoot with British Vogue. Eilish broke records with her first Instagram post of the photoshoot, the picture was the fastest ever to reach one million likes in a total of six minutes. In the aforementioned photoshoot, Billie breaks free of her trademark baggy look for something bolder. She says, “It’s all about what makes you feel good.” Over the past week, since the photoshoot dropped, she has spoken up against body shaming and sexist remarks. The photos have captured dozens of reactions all around the globe- positive, and not so positive.

When I saw the photos my initial reaction was about how stunning and powerful she looked. She looked like someone who knew what she wanted and went for it. That is someone I aspire to be, someone who does not care what others think and lives freely to be themselves. I think that Eilish inspires thousands of people with her music, her voice, her image, and her diplomacy. She is very well-spoken and with someone so young who has achieved so much success, she always has eyes on her. If you are interested, you can read her interview with Vogue in the following link: https://www.vogue.co.uk/news/article/billie-eilish-vogue-interview.

Teen music sensations have always broadcast their newfound maturity somehow, from Britney Spears to Miley Cyrus. I always hear people talking about how the entertainment industry sexualizes its stars, and very rarely do I hear anything positive in that regard. Is it the entertainment industry or is it us? Too often do we body shame or sl*t shame women or men because of what they wear. I think it is something we are slowly starting to break free of but it still goes on. Women and men can wear anything they want to, Eilish is sort of an advocate for that notion. Eilish tells the public, “Don’t make me not a role model because you’re turned on by me.” Essentially claiming her maturity as something that shouldn’t stop people from looking up to her. I agree with her, your clothing and sexuality does not equate who you are and it should not take any respect away from you.