France’s Amendment Against the Hijab 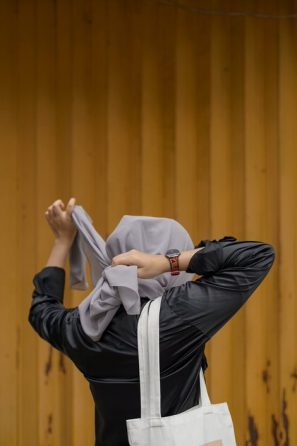 The French Senate has voted to approve an amendment that will ban the wearing of hijabs in public places by Muslim women under the age of 18. A second amendment proposes to cease the participation of Muslim parents in school functions or trips with their children if they are wearing religious clothing. These amendments need to pass through the National Assembly before becoming law.

This bill would target France’s community of 5.4 million Muslims. Police would be given the power to enforce “proper” dress in accordance with the state’s preferences and to arrest Muslim youths or parents who are deemed inappropriately dressed under the language of this law. France is ensuring that if Muslim girls and young women want to participate in public life, they must outlaw their practice of dressing in affiliation with their religion.

The Macron government is using the definition of “secularism” to justify the invasion of Muslim democratic rights. Secularism enforces that any person or entity that represents the state or provides a state service is obliged to “ensure respect for the principles of secularism and neutrality of public service”. In simpler terms, this idea expresses that anything represented by the state must not be tied to any sort of church or religious organization.

They attempt to create educational spaces free of religious affiliation to protect every person’s rights to privately practice their own beliefs or to be free from religious exposure. By using “secularism” to pass this law, they are trying to ensure that all services are being delivered neutrally, with no attempt at promoting the ideas of one faith group over another.

France is also claiming that the banning of the hijab would create more equality between men and women. In their view, banning the hijab would erase the thinking that women should be considered lesser than men. They are attempting to empower minority ethnic women by telling them how they should behave and act in a public environment. These practices attempt to preserve “French ideals”.

With the introduction of this amendment came the social media reactions: 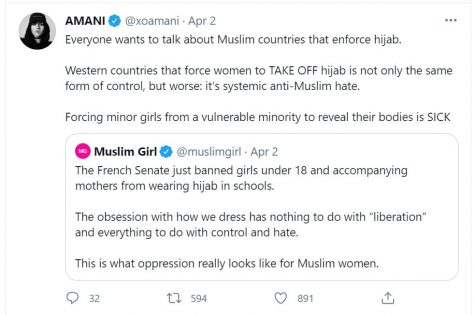 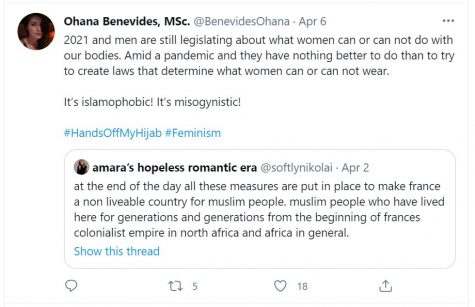 France is not the only country taking a hard-line stance for the Muslim community. Social media users from all over the world are taking virtual action against the French amendment by using the hashtag #HandsOffMyHijab, showing support for French Muslim women.