What BoJack Horseman teaches us about childhood trauma. 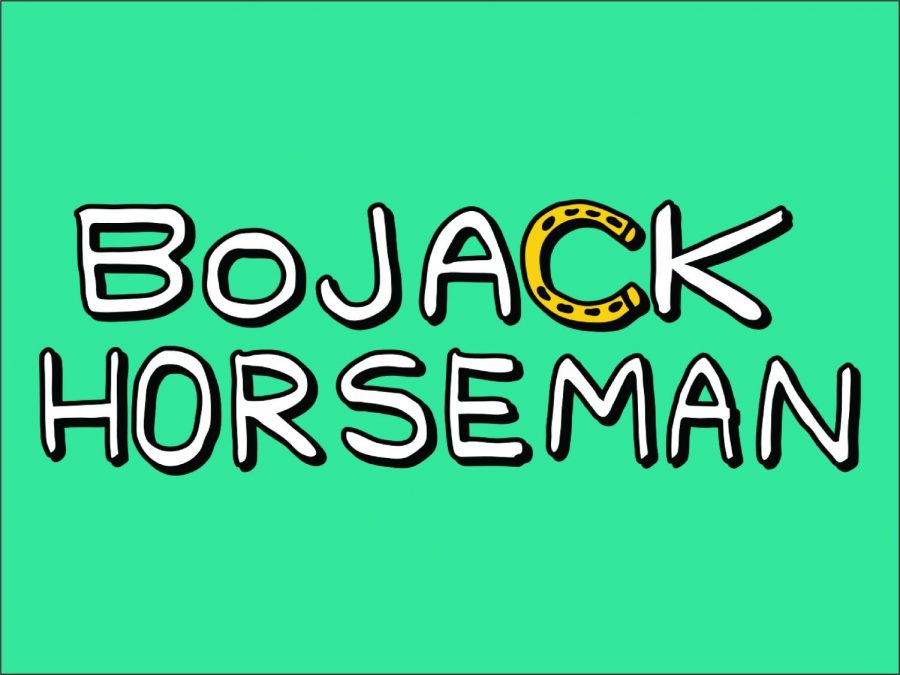 What or who is BoJack Horseman? BoJack Horseman was an animated comedy series and  Netflix original. It aired back in 2014 and ended last year in 2020 due to cancellation. The show ran for six seasons and is still available on Netflix. This series focused on the controversial character BoJack Horseman, who found his success as an actor from the fictional 90s sitcom called Horsin’ Around in which his character adopted three orphans. The series takes place 20 years after BoJack’s experience on the sitcom and follows his life as a washed-up celebrity, as well as deals with his struggle with identity, trauma, and poor decision making.  BoJack and the characters around him all face different issues throughout the series. They frequently confront past traumas, cope with BoJack’s obscene behavior and attitude, and tackle mental illness. The series also focuses on the entertainment industry, how that affects child stars and other celebrities. What does BoJack Horseman teach us about childhood trauma? How does that affect us as we grow into adulthood? Does our trauma justify our actions and behavior?

There are no good or bad characters in this show, it’s all just one big grey umbrella of problematic faves. You can’t relate to any specific BoJack character; they’re all very complex in their own sense, especially BoJack himself. They may have relatable aspects, but they’re supposed to be more than that. The characters that I want to focus on are BoJack and Beatrice Horseman, BoJack’s mother. Both of these characters are wrought with their own issues and childhood trauma’s,  influencing their behavior in adulthood. Beatrice’s trauma affected her treatment of BoJack thus issuing him his own set of traumas and self-destructive behavior. This is often referred to as generational trauma and is more common than you’d think. Trauma can be passed on for generations and unfortunately, the cycle can be tough to break without proper care. I imagine this is why most people are hesitant to have children themselves. I also want to talk about a few great episodes that tie into that theme, some of which have been proclaimed the best episodes of the series.

I want to start with Beatrice Horseman, Originally Beatrice Sugarman, as she was one of the most influential players in BoJack’s life, and her story is important when considering the whole. There is an episode called “Time’s Arrow” (S4 ep. 11, 2017) in which we are finally shown Beatrice’s backstory and we soon learn why she is the way she is. She experienced trauma at a young age beginning with the loss of her uncle Crackerjack, followed by some tragic events with her mother. These events affected her overall development and changed her views on the various personal relationships she had in life. Her father, Joseph Sugarman, was always a controversial character with old-fashioned ideas but after the events with Beatrice’s mother, their relationship became antagonistic and hostile. Her father had high expectations of her, just as she did with BoJack. Similar to her father, she often considered many of her actions as helpful or for the “greater good” so to speak but in reality, they only led to more trauma being passed down to BoJack and eventually his illegitimate sister as well. Are Beatrice’s actions justified because of her childhood trauma? It’s been something that’s heavily debated among fans, many people disliked Beatrice because of her behavior but upon learning about her past felt heartbreak for this character. It makes you question the “what if’s” like what if this character had had a good life or gotten help coping with these traumas and moved on? What if things had worked out differently?

BoJack Horseman dealt with trauma at a young age and into adulthood. As previously mentioned, BoJack’s mother was the cause of a lot of that trauma and insecurity. When BoJack was a child he was often told that he should never have been born or that he was a mistake or as he mother blatantly says, “You ruined me, BoJack.” Obviously, you can imagine how that can affect a child. From a young age, BoJack’s only way to cope or gain any sort of approval from his parents was by performing, whether that be as a child in dances or as an adult comedian and actor. This also led him to other self-destructive behavior like drug and alcohol abuse; he is cynical, full of self-loathing, narcissistic and often experiences depressive episodes that lead him on benders to cope “with himself.” There’s a quote from the show that BoJack says to another character, “If you say something long enough, eventually they’ll internalize it.” At the time it was a throwaway line, but as you keep watching, throughout the seasons you see how much weight that line really has. Imagine how many times BoJack’s mother said horrible things to him or her father to her and how much both of them internalized those words or ideas. BoJack Horseman wants to be a better person, but because of all of those internalized feelings paired with his self-destructive behavior, it is incredibly hard for him to break away from those poor habits.

The trauma we experience as children affects our development and influences who we grow into in adulthood. As I have asked before, does this trauma justify our future behavior? Unfortunately, I do not think this is the case, we alone are responsible for our actions and we are responsible for seeking help to cope with any trauma we’ve experienced or internalized. If you want to move forward, you need to let go and find better ways to cope. There are ways to build support systems and heal. This is a great show and it deals with various themes involving trauma, mental illness, substance abuse, suicide, the flaws in our system, the problem with the entertainment industry and many other issues. Each character has flaws, they go through their own developments and growth, the show doesn’t shy away from that. If you can, watch BoJack Horseman on Netflix, I would highly recommend it. If you aren’t a fan of adult animation, you might not enjoy it but the overarching narrative of the show and character development is something to behold.