The influential women of history 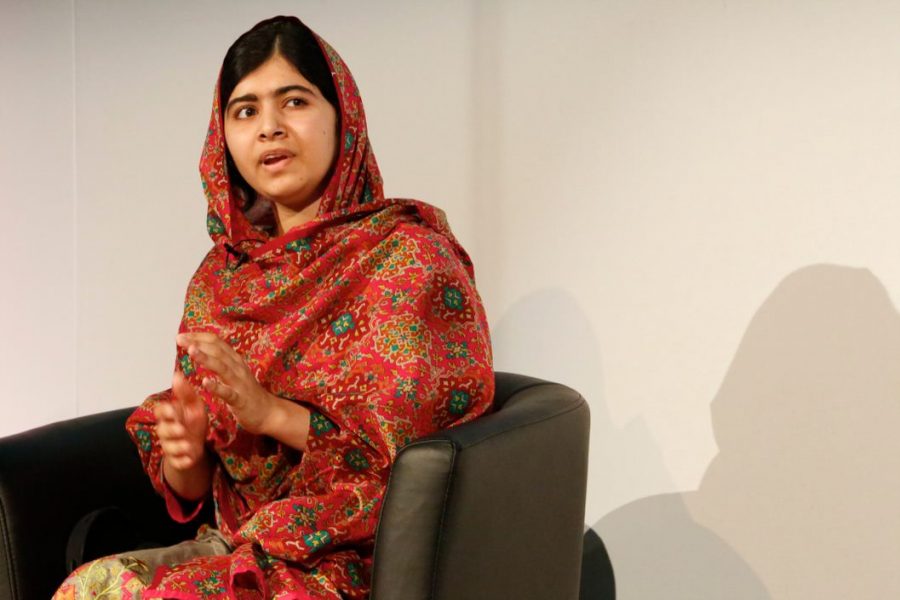 Women’s History Month is a time in which we celebrate women’s contributions to history and society as a whole. In this month we recognize the achievements of women in various fields and places around the globe. Women’s history month also acts simultaneously as a lesson and a reminder for all young women about what we are capable of and the treks we have fought. This international celebration was first established by Congress in 1981, and originally began as “Women’s History Week” but grew into something more as time passed. This week I wanted to talk about a handful of women who have fought for our rights and the rights of others. Some of these women may be familiar to you and others may be completely new, but they are all important no matter the background or nationality. Who were and who are these women of history?

Who was she? Sojourner Truth was a black woman and former slave. She was also an abolitionist, and one of the earliest American women’s rights activists. She was born in 1797 in New York, originally named Isabella Bomfree, and was sold into slavery at the age of 11 with a flock of cattle for a total of $100. One year before 1827, the year New York officially abolished slavery, Sojourner ran away from her owner with one of her children and eventually became a freed slave. A short while after she filed a court case for her son who was illegally sold back into slavery and won against many odds. In 1850 she published a collection of writings and stories from her life as a slave and also delivered her famous speech entitled, “Ain’t I A Woman?” the following year. This particular speech is known for discussing the equality of work among enslaved or freed individuals, whether they be men or women. It was a key speech for the civil rights movement and the growing feminist movements. You can find a performance of this speech, performed by Kerry Washington, by following this link: https://www.youtube.com/watch?v=Ry_i8w2rdQY

Who was she? Susan B. Anthony was a women’s rights activist in the 1800s to the early 1900s, she played a very important role in the American Women’s Suffrage movement. She was born in 1820 to a family of Quakers, where both men and women were viewed as equals. This led her to believe it was the same outside of her tight-knit community. In 1872 she was arrested for illegally voting in the presidential election, her later trial served as a catalyst for the eventual movement. She and the women who fought beside her are the reason women have the rights we do today.

Who was she? Huda sha’arawi was an Egyptian feminist leader and pioneered the way for women’s rights in her country. She was born in 1879 in Cairo and grew up in the harem system of Egypt, these systems were secluded areas where women lived separately from men. Many women in these systems were denied any education, however, Huda was educated. In her memoir, she talks about feeling as if, “being a female became a barrier between me and the freedom for which I yearned.” Later in her life, she arranged lectures, which brought a lot of women into public places for the first time. Huda’s most notable feat of bravery was in 1923 by removing her vail near the Cairo train station and asking other women to join her. This inspired many women to do the same and was the first movement of its kind. She then built a school for girls and founded the Egypt Feminist Union.

Who is she? Malala Yousafzia is a young women’s rights and education activist from Pakistan. She also is one of the youngest people ever to win a Nobel Peace Prize. She was born 1997 in the Swat sector of Pakistan, her parents wanted her to have the same opportunities as a son would, this led to her education. In 2007, when Malala was 10-years-old, the Taliban took over her region and life for everyone became difficult. Malala’s father was an advocate for women’s education and had many private schools for girls that continued to operate in secret after the Taliban forbid women’s education. Later Malala started blogging for the BBC using a false name and shedded some light on what living under the control of the Taliban was like. She soon openly campaigned for girls like herself to go to school, the New York’s Times even did a short documentary of her and her cause. However, this put a target on her back with the Taliban and in 2012 she was attacked on her way home from school. Malala was shot in the shoulder, neck, and head by a masked gunman, she was 15-years-old. If it weren’t for specialists all over the globe she might not have survived. The sparked a national movement and Malala was supported by thousands. To this day she continues her battle for education and graduated from Oxford University last year.

Who is she? Leymah Gbowee A Liberian peace activist, women’s rights advocate, and was the leader of a women’s nonviolent peace movement that ended a civil war that spanned nearly 14 years. She was born in 1972 in Liberia and only 17-years-old when the wars first began. She has stated that this event, “turned her from child to an adult in a matter of hours.” She began her career by becoming a social worker and counseling child soldiers fighting in the war. Later Leymah started a campaign against sexual violence towards women, bringing both Muslim and Christian women together for a peaceful sit-in and daily walks. Leymah says that, “the pains of a Muslim women are no different than the pains of a Christian woman. When that message finally sunk there was no turning back.” These women gathered by the hundreds and dressed in white to symbolize peace. She says they weren’t prepared for it to be a success but to stay as long as possible. She is working to spread her message of peace to other places wrought with war and empowering many other women.

Demetria Slyt is a Dakota Student Staff Writer. She can be reached at [email protected]