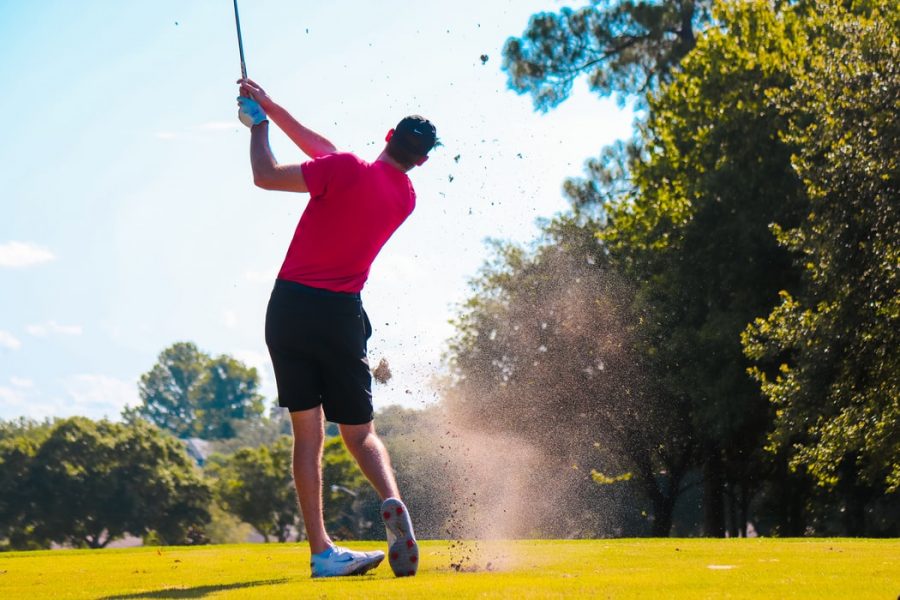 The UND Men’s golf team competed in the Pizza Hut Pat Hicks Invitational at the Sunbrook Golf Course hosted by Southern Utah in St. George, UT this past weekend. Fighting Hawks standout and 2021 Summit League player to watch, Jackson Davis, had a tremendous showing, shooting 2 under par on Saturday and finishing the tournament at +3. Alex Skarperud also performed well in his first match as a Hawk, shooting an 80 on the opening day while nabbing three birdies.

Davis started the competition strong in the opening round, carding 4 birdies on the front nine. He backed this up with solid play on the final holes to finish the day 2 under par.  His strong play continued into Sunday where he shot 3 birdies and an eagle in the first 9 to finish the round with par. Jackson shot a +5 on Monday to finish the contest tied for 34th with an overall score of +3.

Jackson Ward had the Fighting Hawks’ second-best performance, averaging a +8 on the weekend. Saturday’s round was Ward’s weakest, where he shot 11 over par. He followed that with a 4–stroke improvement on Sunday, scoring a +7. He finished the invite with another +7 for a collective score of +25.

Skarperud shot an 80 on his first round as a Fighting Hawk, racking up 3 birdies and 7 pars. He started strong Sunday, finishing the opening nine 1 under par, and picking up an eagle on the second hole, but couldn’t keep the momentum as he finished the day 9 over. Alex finished Monday’s round with 10 over par, averaging +9 for the weekend.

Brandon McGarry also competed for the first time as a Hawk. McGarry shot an 89 in his first round on Saturday and his play only improved from there. He carded an 84 on Sunday and finished the competition strong, tallying 4 birdies and finishing Monday with a 74.

Kesser Heilman finished with an 83, 84 and 79. Heilman’s best performance occurred on the final nine holes on Monday where he shot 1 over par. He averaged a +10 for the weekend.

UND finished the tournament 12th as a team and was able to rack up 11 birdies and an eagle on day one. Jackson Davis had the best individual performance, finishing with a collective score of 3 over par and tying for 34th. The Hawks averaged +23 overall and had a final team score of +74.

The Fighting Hawks will be back in action Saturday, March 5 for the Jackrabbit Invitational hosted by South Dakota State in Boulder City, Nevada.