UND Splits Away Series with Denver

A Tale of Two Different Teams for North Dakota this Weekend 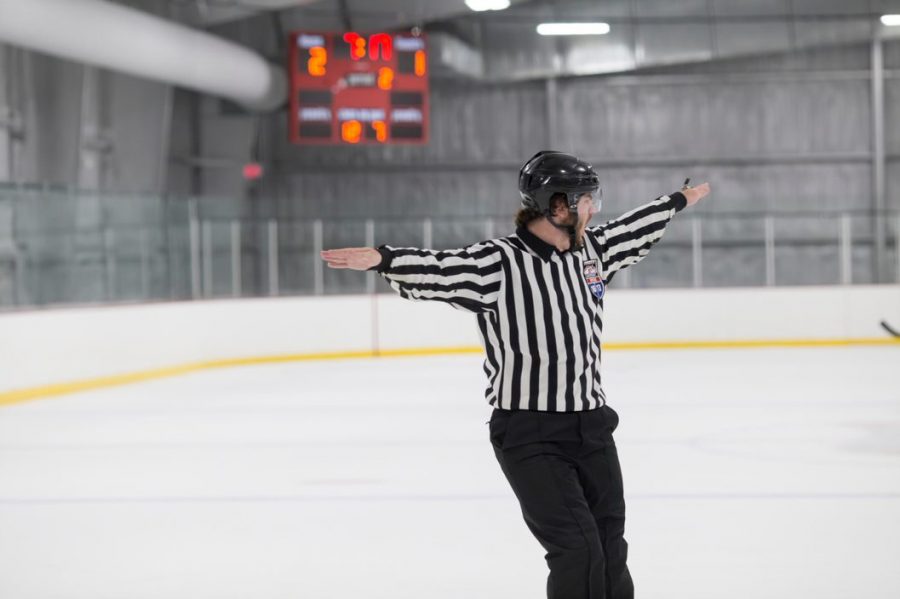 North Dakota continued their tour of the Rocky Mountain State this weekend with a stop at the 19th ranked University of Denver. UND entered the weekend riding a six-game win streak and in a fight for first place in the NCHC. After the first night of hockey, the Hawks saw both slip out of their grasp.

From the drop of the puck on Sunday night, the Pioneers of Denver seemed to outclass UND in almost every facet of the game. Denver took advantage of key turnovers and opened the scoring late in the first with a two on one goal from Steven Jandric, and tallied another one from Reid Irwin. Denver, who hadn’t played a game since January 2, came out in the first period with energy UND could not match. Denver killed all six UND power plays on the night gaining a win they desperately needed.

“I thought it was an urgent team in Denver, I thought they played well,” UND coach Brad Berry said. “They came out hard after being off for a bit. We didn’t start on time. I didn’t think we were sharp, especially in the first period. We turned some pucks over. It fed into their offense. They got a couple goals on that.”

Things would only get worse for UND as the game progressed. After letting in four goals on 20 shots, Adam Scheel headed to the bench to make way for Peter Thome. The reigning NCHC goalie of the week will have to display an ability possessed by many great goalies, a short memory.

UND was able to grab a consolation goal by way of Tyler Klevin with just 1:11 left on the clock. An eventual scoreline of 4-1 ended the Hawks win streak and sent them to the drawing board for the next night.

UND must have had their Wheaties in the morning or were trying to erase the memory of the previous night’s loss because they came out hot. It only took 18 seconds for them to find the back of the net and start the game off right. A great forecheck off the faceoff lead to Jacob Bernard-Docker walking the blue line before firing on net. The shot was blocked right to Matt Kiersted’s stick who put it home.

Just two minutes later Grant Mismash would make it 2-0 on the feed from captain Jordan Kawaguchi. The duo would not be finished on the night as Mismash would return the favor to his captain, assisting on Kawaguchi’s roof job early in the second period.

Head Coach Brad Berry showed faith in his goalie putting Adam Scheel back in net after his uninspiring game the night before. Scheel reverted to his goalie of the week status stopping 32 shots on the night including several huge saves on the penalty kill.

“Complete 180 from last night,” Berry said. “The start’s a big thing, obviously, in hockey and the NCHC. I thought we started the right way. I thought that line we put together with Senden, Jamernik and Hainer, they had a mentality similar to one we had last year. They score right away on the first shift of the game and that was huge. We all know if you score the first goal or two, it gives you a lot of confidence.”

In a great performance tonight, Mark Senden recorded a four-point game ending the night with four assists. Not only was the junior productive on the offensive end but was critical on the penalty kill. Matt Kiersted made four blocks on the night and helped stave off a 10-minute game misconduct late in the game, a penalty that would result in Grant Mismash receiving a one-game suspension.

Two late goals including an empty netter would seal the deal for UND on the night securing the 5-1 win. With the win, North Dakota moves to the top of the NCHC standings with a game in hand and will head home for a series against Colorado College this weekend. UND has played 14 consecutive games away from home and has produced a record of 10-3-1. A limited number of fans will be allowed inside of the Ralph Engelstad Arena this coming weekend and will be a welcome sight to the team.