Goalie Adam Scheel leads Hawks to win, stopping all but one shot over the weekend. 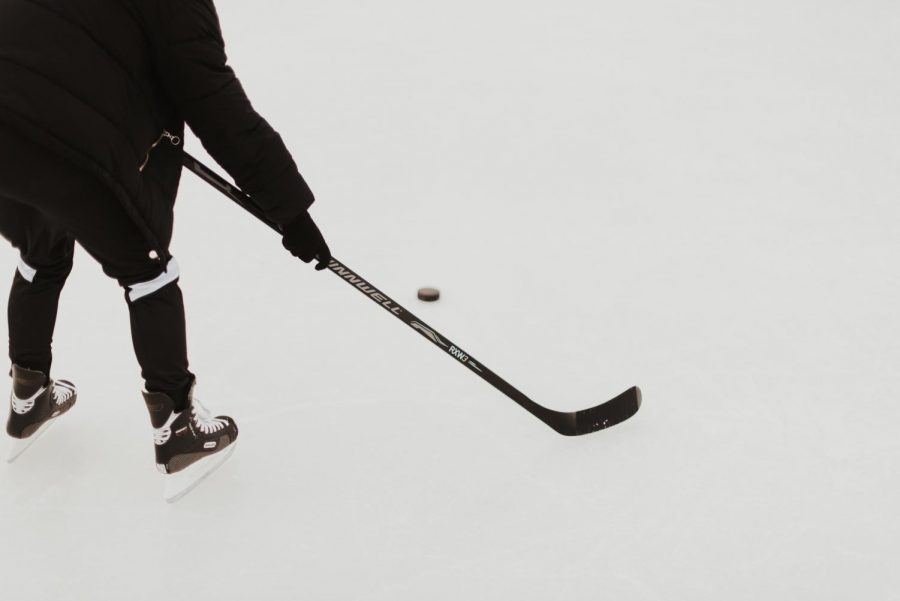 In a bizarre year for sports, a hint of normalcy was restored when number three ranked North Dakota traveled to Colorado Springs this weekend to take on the Colorado College Tigers. This the first series of the planned NCHC second half of the season in which teams will resume regular travel and play games on their home ice. Although playing at home, there was no evidence that a hockey game was being played inside the World Arena this weekend as no fans were permitted inside of the stadium. Seemingly used to this abstract format already, UND arrived ready to play. Adding in players returning from injury and the World Junior Hockey Tournament, a sweep of Colorado came harder than it should.

In Sunday night’s game, the limelight was stolen by junior goaltender Adam Scheel. The Lakewood, Ohio native had one of his best performances in a North Dakota sweater as he stopped 27 shots en route to a shutout of the Tigers. Of his 27 saves none will last in the minds longer than his first-period power play save of Josiah Salvin. Colorado’s top point scored had the door slammed shut by Scheel on what seemed to be a guaranteed goal. Perhaps his performance was fueled by his hometown Cleveland Browns winning their first playoff game in 27 years on the same night.

His Head Coach Brad Berry spoke highly of his performance after the game. “Adam had an ‘A’ game and I think everybody can probably look themselves in the faces and say, ‘You know what? We probably didn’t have our ‘A’ game collectively,'” Berry said.

In front of Scheel was not one of North Dakota’s best group performance as they were outshot 27-18 on the night. Even with this, sprinkles of magic could still be found on the ice including a second-period team goal finished off by Grant Mismash. Jordan Kawaguchi extending his NCAA leading point streak to 11 games on play. The Kawaguchi, Adams, Mismash grouping looked strong yet again and drew praise from their goalie. “What else do you expect from those three?” Scheel said. “Those three are three of the best players in college hockey.”

Other goals from 2021 Junior World Champion Tyler Kleven and Collin Adams lead to North Dakota’s 3-0 win on the night.

The teams returned on Monday for what should be UND’s last game in the World Arena. Colorado College’s home since 1998 will be closing its doors after this year as the team moves to the new Ed Robinson Arena next season. The Hawks closed out their time in the building with a 2-1 win highlighted by more heroics in the net.

Scheel moved his save total to 50 on the weekend with his only goal allowed coming on the power play. Before this goal, UND had killed 23 consecutive power plays but could not stand tall yet again. The offense was provided by Riese Gaber just eight seconds into a power play. The Freshman would not be stopped. After his initial shot was saved, he followed through and put his own rebound in the back of the net.

The game was won in the third period after a beautiful team play on a two on one break. Colin Adams collected the loose put on the break and lifted a picture-perfect pass through the stick of the defender hitting the tape of Grant Mismash’s stick. Mismash fired it home for the eventual game-winner. With this win UND moves within a point of first place St. Cloud State with a game in hand.

Before the game North Dakota was moved up in the rankings, putting them second in the nation behind only their biggest rival in the Minnesota Golden Gophers. The Hawks will travel to 18th ranked Denver this weekend looking to extend their win streak from six to eight. Friday’s game will be broadcasted on national television as CBS Sports Network will cover the contest.