Do the negatives outweigh the positives? 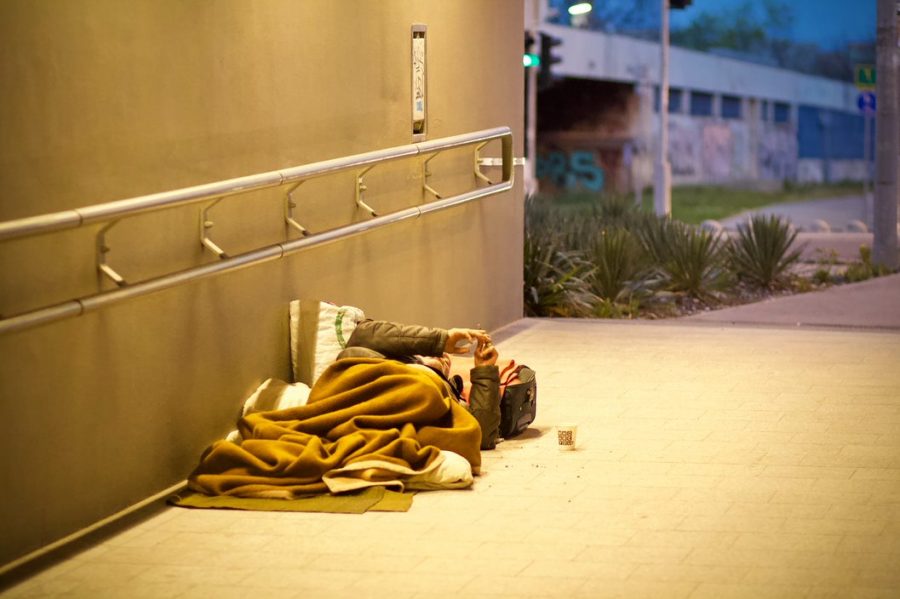 Since 2007 the state of homelessness in America has been improving steadily but slowly. Recently there has been a trend, not only in the US, but all around the world with what is referred to as “homelessness architecture.” You may not hear much about this topic in the media and it might not be something you even notice in everyday life. This kind of architecture has had both negative and positive effects. At least one major positive is the decrease in the homeless population in some areas. Defensive or hostile architecture is very prevalent in large cities. The main goal of this architecture is to deter the homeless from public spaces like parks and subways to shops and bus-stops. There are many examples of this hostile architecture like benches, where many homeless people sleep or rest. What are specific examples, and why are they positive or negative? Do the negatives outweigh the positives in this scenario? Are these just temporary fixes where long-term solutions could be employed?

Defensive architecture is built with the intent to restrict certain behavior, whether that be the behavior of minors, people under the influence, or criminals. This architecture can come in the form of segmented benches, and benches with varying or uncomfortable designs. Other forms of this architecture are spikes under bridges, on window sills, on statues, and on dividers or planters. This architecture is most commonly executed in urban areas and comes off as hostile or aggressive. There has been a lot of controversy around these structures. These types of architecture also aren’t inclusive, especially in the case of people with disabilities. I personally don’t support it and I think there are a lot of other ways to solve the homelessness crisis in America. If you were to search “Homelessness architecture” you would probably see a lot of examples of the more hostile structures over positive structures.

Thankfully, there have also been more positive initiatives put in place. They serve as somewhat long term solutions rather than just quick fixes to deter folks. Some examples of these are pop up shelters, temporary homes that connect to heating vents outside of buildings, and homeless pods available to any in need. However, developers haven’t been too keen on the idea because of the cost and because it may decrease property value. I personally think it would cost more employing various hostile architecture than it would setting up shelters like this or an actual homeless shelter in general. It is important to note that some cities don’t have an “us vs. them” mentality. Instead, the cities work with homeless individuals to get them back on their feet and provide access to various different resources. I believe this would be much less harmful and more helpful in decreasing the homeless population in America or around the world possibly.

Hostile architecture seems to be dominating urban areas and larger cities. Although this is a controversial solution, it is rarely covered in the media and I think that it needs to be talked about more. There are very few positive homeless architectures being utilized or designed. We need better solutions for this issue. “Homeless” means more than just requiring a home and I think there are ways to provide people with the assistance they need. What do you think? Is “defensive” architecture a good thing? Or is it just another thing we should treat like it’s invisible? As always, feel free to reach out via email with any comments you may have pertaining to today’s article or even just feedback about what I could have covered better. I enjoy hearing back from readers with their own opinions or personal thoughts. Stay tuned for new articles every Monday and Friday, and stay safe out there!