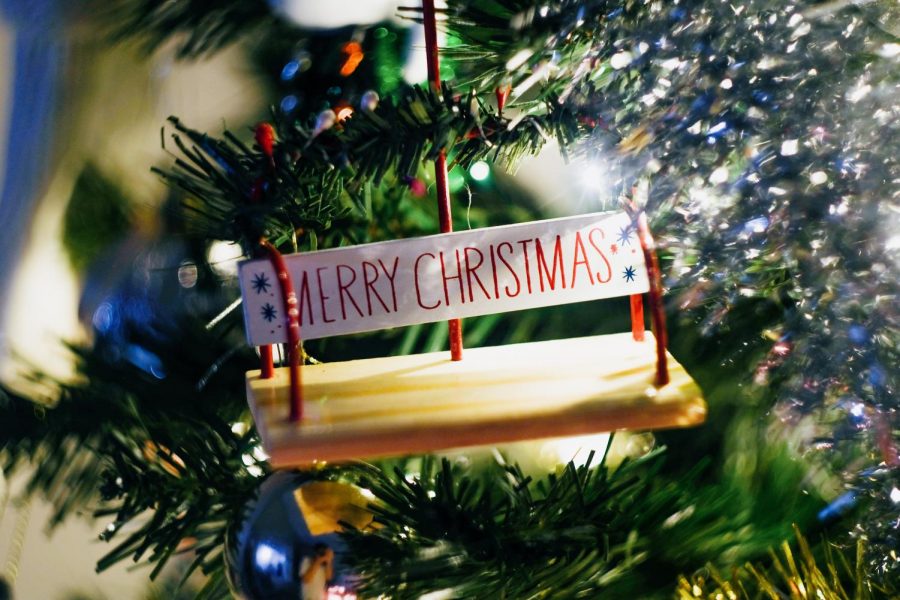 Thanksgiving has come and gone, and the leftovers have officially run out. Good thing because there is no way you can force yourself one more bite of turkey. It’s Christmas Time and yet, you would not know it by looking out the window due to the lack of snow. So how do you make the season feel more festive? Especially considering the fact Christmas is only 16 days away! If your tree is up, decorated, lit with the soft glow flickering off the ornaments and your garlands and stockings are hung with holiday cheer, you are almost in the holiday spirit. Except for the one thing that makes it truly feel like Christmas. Holiday film favorites or also known more commonly as CHRISTMAS MOVIES!

Christmas movies have been a staple activity during the holiday scene for decades now. The first Christmas movie was titled “Santa” and was produced in 1898. It was a silent short film and the first on the topic of the holiday, according to Reelrundown.com. Now, there are hundreds of movies covering the topic of Christmas, such as; Home Alone, Santa Clause 1,2,3, and the new, popular Princess Switch – Switched again. Netflix’s holiday favorites genre had already made its way to the front of my account before Thanksgiving. Is before Thanksgiving too early? Or is there such a thing as too early for Christmas movies?

Just last week during a movie night I suggested a Christmas movie, perhaps “How the Grinch Stole Christmas,” and was told no. Why do you ask? “Because it is too early for Christmas movies. I’ll watch them closer to Christmas,” was my friends’ response, which flabbergasted me. How could it be too early for the feel-good, cheesy, heartwarming movies I look forward to watching all year long. Not to mention there aren’t enough days compared to the mass amount of Christmas movies to watch. There simply are not enough hours in the day! There are only 28 days between Thanksgiving and Christmas which is not near enough time to get my fill of movies. So many movies, so little time.

But I cannot be the only avid holiday movie lover and there are many more. In fact, there is one lucky soul out there who wears the title of Chief Holiday Cheermeister! Scrolling through Thrillist.com, I came across an article informing the public of an opportunity from Reviews.Org to watch 25 Christmas movies in 25 days for 2,500 dollars. Not only does the recipient receive 2,500 dollars but they also receive yearlong subscriptions to streaming services Netflix, Hulu, Disney+, Amazon Prime, HBO Max, Apple TV+ and Hallmark Movies Now, which equates to 775 dollars as well. To complete the gig, you just need to watch 25 Christmas movies and write a short movie summary after each film watched. This year’s Chief Holiday Cheermeister has already been chosen, but there is always next year.

So, during the stressful time of Finals and impending graduation for some, while for others the stress of family gatherings and workplace pressure, I recommend relaxing in front of the fireplace with a Christmas movie playing. Grab the Hot Chocolate with the little marshmallows, pop the popcorn, and don’t forget the throw blanket as you curl up with your friends, family, or significant others and remember what the holiday season’s purpose is. It’s about spending time with those you love, great drinks and treats, and holiday favorite films. And remember, it is never too early to watch Christmas Movies.

Iris Mlnarik is a Dakota Student Opinion Editor. She can be reached at [email protected]