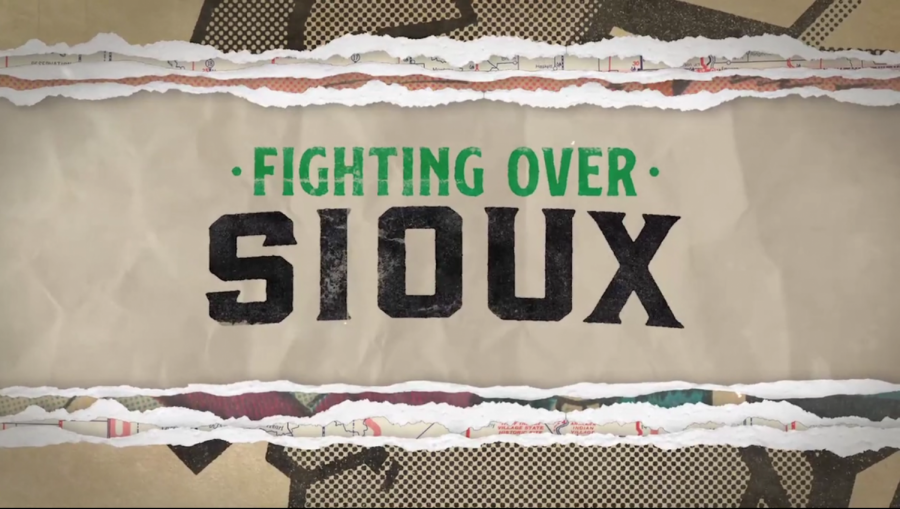 Courtesy of Fighting Over Sioux Documentary

Last week, on November 25, the documentary Fighting Over Sioux was released. This documentary was written, directed, edited, and produced by Matt Fern and covers the controversy over the nickname Fighting Sioux. As someone who isn’t from North Dakota and isn’t interested in sports, I thought that this was an informative documentary and while I did somewhat know about this situation, I learned things that gave me better insight into this.

Before watching this, I thought that the NCAA was demanding that UND change the nickname because it was just them that found it offensive, however, this issue turned out to be a lot more complicated than that. This mostly started sometime in the 90s when people of the tribe noticed that students were doing chants that they found offensive and thought that changing the mascot would help put a stop to the offensive behavior. The people of the Sioux tribe who found this mascot and behavior offensive began to speak out and hold speeches in order to inform others on why this was offensive to them. However, the president of UND at the time refused to change it. The reason many took offense with the name is that Sioux was a spiteful nickname given to them by an enemy tribe which meant little snakes. Jesse Taken Alive, a former Standing Rock tribal chairman, said in support of replacing the mascot “I don’t think we’d get by using African Americans as mascots so why is it ok to use American Indians as mascots?” In the documentary, they also touch on the poor conditions in a lot of these indigenous communities and that we should be paying more attention to that instead of a logo.

On the other side of the spectrum, you have people who think the mascot is fine and not offensive, including people who are also a part of the tribe. Some say they think it’s cool, in a way, to see themselves and their culture being celebrated because there isn’t that much indigenous representation out there. It is also stated that back in the early days of UND, their president was given permission to use their likeness as a mascot. However, those who are against the fighting Sioux nickname say that the president himself was given a name and was not permitted to use them as a mascot and those who are for the nickname say that in their culture once you are given a name, you cannot take that away. In the end, they ended up changing the nickname to what it is now, the Fighting Hawks with both UND and the NCAA managing to make money from merchandise. However, many dedicated fans still refuse to let go of the old nickname and at games will yell “Sioux.”