The history and traditions of Thanksgiving Day 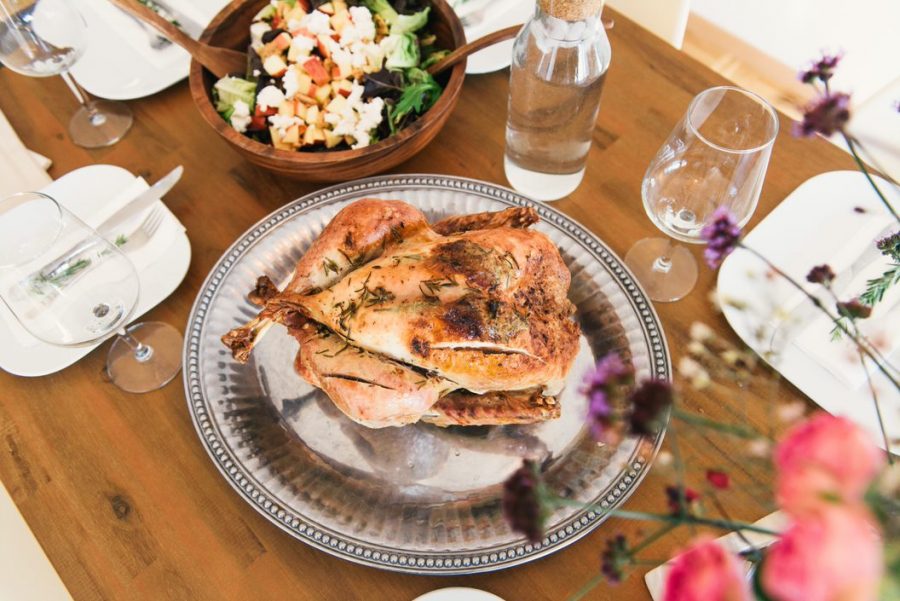 “Thanksgiving is not just a day; its values are something we should bring into our daily lives.”

Thanksgiving holiday is coming soon, and this means that it is time for family gatherings and delicious meals!

This year Thanksgiving will be a little bit different for everyone, knowing the current pandemic situation. There is no reason, however, to cancel the Thanksgiving celebration!

So what is Thanksgiving Day? It is a national holiday celebrated on the fourth Thursday of November in the United States. Thanksgiving occurs on Thursday, November 26.

Typically, when it comes to Thanksgiving Day, most people think of family gatherings around a table eating turkey, mashed potatoes, and finishing the wonderful meal with a delicious slice of pumpkin pie. Others, however, may think of the Macy’s Thanksgiving Day parade or the line-up of football games. Even though, those are the obvious images associated with Thanksgiving there is a history and traditions tied to this holiday.

Thanksgiving dates back to the 1620s, when travelers from Plymouth, England embarked on a journey to America. Once they reached their arrival, they became aware of the culture and traditions of the Native Americans. Eventually, the mixture of these two groups developed into the nations that we know today according to theholidayspot.com.

The story of Thanksgiving is one of 102 passengers including separatists who were seeking a new home to practice their faith and some who were there seeking prosperity and land ownership in the “New World”. All these Pilgrims set sails on the Mayflower toward Plymouth, Massachusetts and what they created alongside the Native Americans was a thankful community feast.

After their long journey that lasted 66 days, they arrived at their destination. The meeting was held, and they came to the agreement that was called the Mayflower Compact. The agreement guaranteed equality among the members of the two groups. Then, they merged together as the “Pilgrims,“ and started establishing a village at Plymouth with great harbor and plenty of resources.

Later, the brutal winter came, and most of the colonists remained on board the ship where they became ill, suffering from outbreaks of scurvy disease. Thus, only half of the people survived. According to historical facts, the colonists were saved by a group of local Native Americans who welcomed them with gratitude and helped them with food. Settlers were taught by Native Americans how to cultivate corns, grow and store vegetables. When the next winter came, they were able to raise enough crops for survival. The winter came and passed by without much harm. The settlers decided to celebrate their victory by organizing a great community feast. They invited Native Americans to their feast. It was kind of a harvest feast, the Pilgrims used to have in England. The recipes entail “corn” (wheat, by the Pilgrims usage of the word), Indian corn, barley, pumpkins and peas, “fowl” (especially “waterfowl“), deer, fish. They of course used the yummy wild turkey, according to theholidayspot.com website. Across several historical sources, it was suggested that many of the dishes were prepared using traditional Native American spices and cooking methods.

The third year, decided the destiny of today’s Thanksgiving celebration. During the third year, the settlers struggled with corn that got damaged. Then, Pilgrim Governor whose name was William Bradford established a day of fasting and prayer. Later, the miracle of rain happened, and since then, the day of thanksgiving was established. A few sources suggested the day of November 29 as the possible beginning of the present Thanksgiving Day.

Nowadays, Thanksgiving Day is celebrated on the fourth Thursday of every November. President Franklin D. Roosevelt set this date as a holiday, which was approved by Congress in 1941.

This story correlates with the history of Thanksgiving. Through ages, turkey became an indispensable part of the Thanksgiving tradition. The tradition of turkey is rooted in the ‘History Of Plymouth Plantation’, written by that exact Pilgrim’s Governor William Bradford some 22 years after the actual celebration.

The letter was addressed to another Pilgrim England Edward Winslow. In his letter, Bradford described how he sent “four men out fowling” and they returned with their prey: turkeys, ducks, and geese.

The Bradford document was lost after being taken away by the British during the War of Independence. Later it was rediscovered in 1854. And since then turkey turned out to be a popular symbol of Thanksgiving Day, according to theholidayspot.com website.

Nowadays, we celebrate Thanksgiving with our family and friends. There are some well-known Thanksgiving traditions that everyone follows throughout many years. One of the traditions is charity. People tend to create food drives to collect packaged and canned foods to share with those in need. Many communities are donating their clothes and other important items to the less fortunate.

Prayer is another way to celebrate Thanksgiving. People attend church services to pray, and they can also pray at home with their family or alone. Places of worship offer special Thanksgiving Day services where people can practice praying.

Another tradition of Thanksgiving is making a wish by cracking the turkey wishbone in half. The goal is to get the bigger piece of the wishbone in order to get one special wish granted. This tradition dates back to the Etruscans of 322 B.C., who believed that birds were sacred. The Romans brought the tradition with them when they conquered England and the English colonists carried the tradition on to America, according to makeitgrateful.com.

The last and the most recognized tradition of Thanksgiving is giving thankfulness. On Thanksgiving Day, people share their gratitude with their family by expressing what they are most thankful for during their Thanksgiving meal. If you would like to be thankful on this coming Thanksgiving Day, you can use some of these Thanksgiving blessings and prayers. Follow https://www.makeitgrateful.com/living/entertaining/5-thanksgiving-blessings-prayers/. 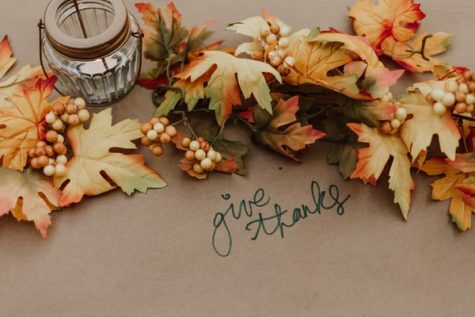 Thus, Thanksgiving Day has a rich history full of traditions. We wish you to have a wonderful Thanksgiving. Have a great feast and safe travels!

Olga Kopp is a Dakota Student Art and Community Writer. She can be reached at [email protected]