When a God Says Goodbye 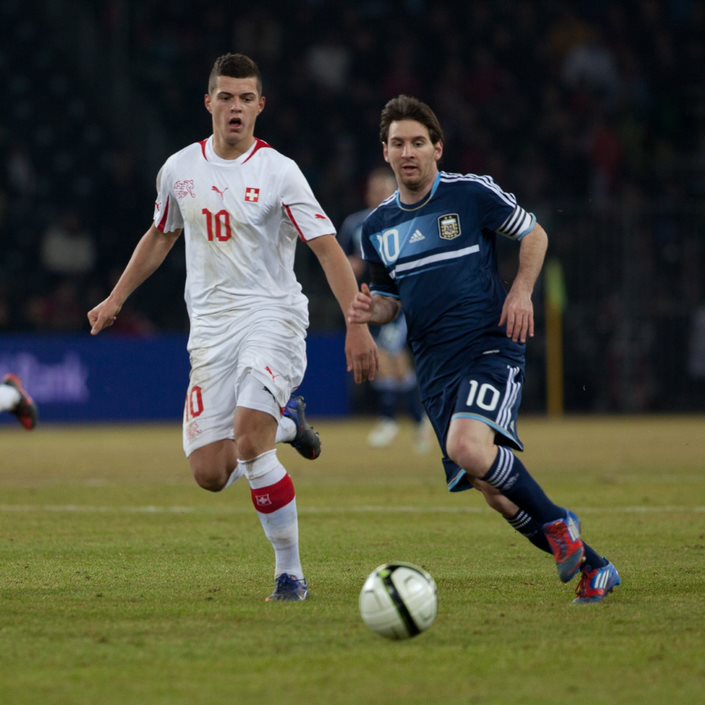 Lionel Messi announces departure from Barcelona leaving sports world in shock.
In an empty Estadio da Luz, every word echoes and radiates through the park. Whether it be victorious cheers or words of sorrow and shame, these sounds fill the Portuguese sky as Philippe Coutinho thunderously finds the back of the net. Lionel Messi, one of the greatest soccer players this world has ever known, stands helplessly as he watches the score tick 8-2 and another team’s joy fills his ears. A man seen with divine skill could only watch as it all crashed around him.

This was not how it was supposed to end. Messi was supposed to be a lifetime player for one team, his team, FC Barcelona (Barca). He was supposed to exit the field and take a bow as the stadium overflowing with Catalonians, who had watched him for so long, thanking him for the cherished memories. He was supposed to fly back into town with the Champions League trophy in his arms to the people chanting his name. Instead his last moments in the famed Barcelona jersey may have been an embarrassing walk off the pitch following a slaughter at the hands of Bayern Munich.

In news that shocked all 3.5 billion people around the world that follow the beautiful game, the six-time player of the year award winner formally told his team he wanted to leave and take his 704 career goals with him.

Messi was only 13 years old when he left his home in Argentina to join Barcelona. A team that is so big, it comes up on google before the actual city. The beginning of a 20-year career that would see him rise to one of, if not the, greatest player ever. After winning 33 trophies over his career it all came to a halt in 2019/20 as Barca came away with nothing after numerous collapses. Lionel has seen this as his time to depart and we all know in a breakup, things will always be a little bit Messi.

Club president Josep Bartomeu, who many believe is to blame for the recent shortcomings of the squad, has faced an intense amount of heat following this news. Including thousands of fans marching the streets outside the stadium demanding his resignation, even breaking through the front gate to voice their displeasure. The question is if Bartomeu commits the cardinal sin of selling a player who many worship as a god, how long will it be before he meets his inevitable end as president.

Suddenly every team in the world is clamoring for a chance to add an all-time great to their team, no matter how good their current right winger is. The current frontrunners to sign the Argentine are English juggernauts Manchester City. The blue side of Manchester has become a powerful force in English football over the past decade since their take over, and influx of cash, from the brother of the ruler of the United Arb Emirates. Led by Messi’s former coach, Pep Guardiola, the team has won many titles but has come up short in its hunt for a European championship. Reuniting Messi with his former coach could be the missing piece in their hunt for continental domination.

Other options for Leos trip abroad include the unfathomably rich Paris St.-Germain. The winners of the last seven French Championships, relatively uncontested I might add, are in a similar situation as Manchester City. An extremely talented team which has been the centerpiece of its countries league but is yet to taste European glory. The Parisians have the capital to acquire such a talent, but will Messi want to play in a league that is seen in lower standing than the other European countries is another question.

Finally, and perhaps the most tantalizing, would be if Leo decided to play in Italy. For the past two seasons soccer has been without the greatest player rivalry the sport has seen as Cristiano Ronaldo moved from Spain to nine time defending Italian champion Juventus. For many years these two goliaths of their sport would meet in games that demanded your attention, as if the globe stopped rotating for two hours. If Messi were to join the historic Inter Milan it would give a chance to knock Juventus off their throne that they have kept warm for the past decade. Plus bring back the near world altering event that is the Messi and Ronaldo rivalry.

No matter what jersey Messi is wearing when the season starts in September nothing will change the fact that he is one of the most loved and revered athletes of all time. The cherished moments of him scoring stunning goals and lifting trophies will never leave the minds of Barcelona fans as for them it was him who showed them why it is called, “The Beautiful Game”.