UND and the Empire Theatre 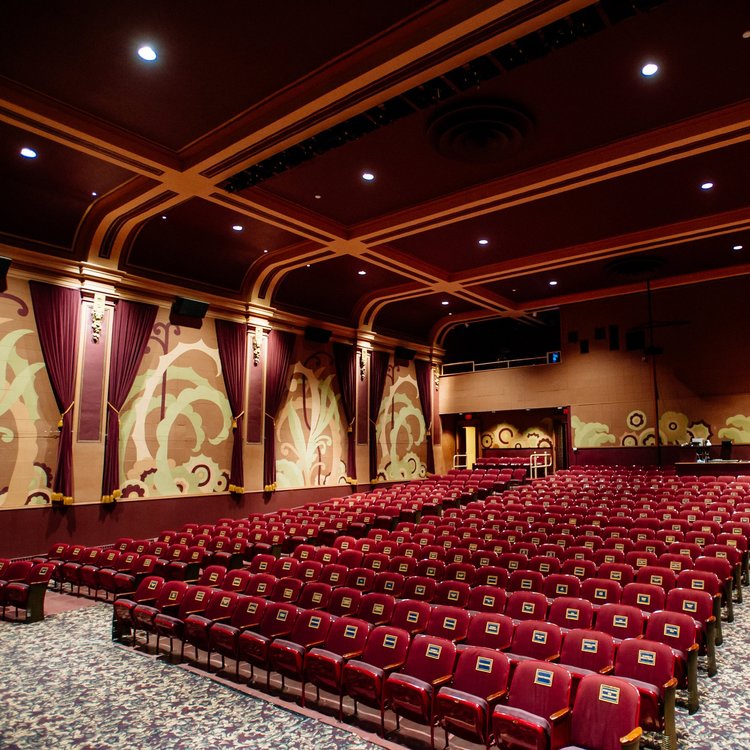 For the past 101 years, Grand Forks has been home to the Empire Theater, a traditional movie theater in the heart of downtown. To someone passing by in recent years, especially after the terrible Red River flood of 1997, it may not have looked so special, but to Hal and Kathy Gershman it seemed a great opportunity.

In 1995, the Empire was shut down, a vacant building owned by Midcontinent (Midco). Kathy Gershman had the idea of turning this empty building into an Arts Center. She and Hal reached out to Midco, which agreed to donate the building for just a dollar. The Gershmans were the first generous donors for what would become the Empire Arts Center.

Hal Gershman is the proprietor of Happy Harry’s liquor stores, a business started by his father. He is also a former president of the Grand Forks City Council.  Kathy Gershman is a former professor and administrator at the University of North Dakota.

They began to hold fundraisers in their living room, and after about a dozen of these gatherings they had accumulated over $1 million toward restoring and running the old theater as an Arts Center. The response from the community was “phenomenal,” Hal said, and in 1996 construction began on the Empire Arts Center.

The flood of 1997 hit hard and destroyed most of the progress that had been made on the construction. This ruined the brand-new stage as well as all the updated electrical work and the entire basement of the building. Fortunately, they had just sent out the chairs to be reupholstered in Wisconsin, so not all of the work had been ruined.

Once the floodwaters receded, backers of the project found it difficult to raise new money, but there was money coming in from federal and city grants.

In 1998, the second round of construction was completed, and the Arts Center had a great grand opening. It was a monumental step in Grand Forks’ recovery, Hal Gershman said, as it was one of the first places to reopen, along with Widman’s Candy, the Grand Forks Herald and others. Most people had given up on downtown Grand Forks because of all the destruction caused by the flood, he said.

The North Valley Arts Council, a local nonprofit, took over the Empire after reopening and ran the theatre for a few years. Unfortunately, there were management difficulties, and the Empire Arts Center eventually was $440,000 in debt, according to local news accounts at the time. Hal stepped back into a leadership position and helped create a new board for the Empire. The North Valley Arts Council was no longer part of the operation. Through discussions with the various people and places the Empire owed money, the board was able to get out of debt, slowly but surely. The formation of the Empire Arts Center as a 501c3, a nonprofit able to receive tax-deductible donations, happened around 2000, signaling a new beginning for the theater.

Empire Arts Center hosts a vast variety of shows, some edgy or provocative enough to cause discussion and debate in the community. This is something the Gershmans say they take pride in because they are proud of the diversity behind the Empire. The board is united in supporting freedom of speech as long as it does not harm others, they say.

Being able to see 300 to 400 people enjoying a production put on by community members brings extreme joy to the Gershmans and everyone involved in the production. They have hosted everything from punk rock bands to a variety of plays and musicals.

The actors and actresses are critical to making all things possible at the Empire. “There was a young man from Grafton, and he had colored his hair. And he came in and he said, ‘I finally feel at home somewhere,’ ” Hal said, adding that he thought to himself, “Yeah, this is what it’s all about.”

Over eight years ago, the Empire Theatre Company was formed, and the board made the decision to pay actors, directors, musicians and technicians for their work. The board knew that at the beginning of this change, they would lose money, but they felt strongly about compensating people for their talent. After a while, the Theatre Company broke even and now they are making money while still compensating the talented workers for their time and efforts.

The University of North Dakota and the Empire partner together. Students are able to attend plays and art shows. Emily Manning, now a senior, took a theatre class her freshman year. “My theater 101 class required me to go to a play at the Empire,” she said. “I was surprised by how much I enjoyed the play. It was fun to step out of my comfort zone and try something new.”

The connections between the community, students and the Empire have grown, including student and faculty art showings at the center.

“The Empire is one of those places that helps define a community,” said Pete Haga, the Community and Government Relations Officer for the city of Grand Forks. “The Empire marquee uniquely signals ‘Grand Forks’ and its events bring people together from across ages, backgrounds and interests.

“The Empire’s rich history fills memories of many long-time community members,” Haga said. “First movies and movie popcorn. A holiday movie with a parent just returned from a long trip. Date night or horsing around with teenage friends. Its rejuvenation in the last two decades is also a symbol of the community after the 1997 flood and through the years of rebirth, recovery, and evolution.

“Today, it is one of the places that bring our diverse community together. Through the hosting of the UND Art Collections, the live performances from local and traveling companies, local ethnic group celebrations and the showing of ‘old’ movies from the 60’s, 70’s, 80’s and 90’s, the Empire draws us from every corner of the region to a building, a downtown and a community that is uniquely ours.”

The Empire is still growing and continuing to make improvements to the theatre itself. The board plans to improve the lighting, the roof and the sound system.

Although the Empire is closed due to the COVID-19 virus, the vintage marquee out front shouts optimism: “This is just intermission.”