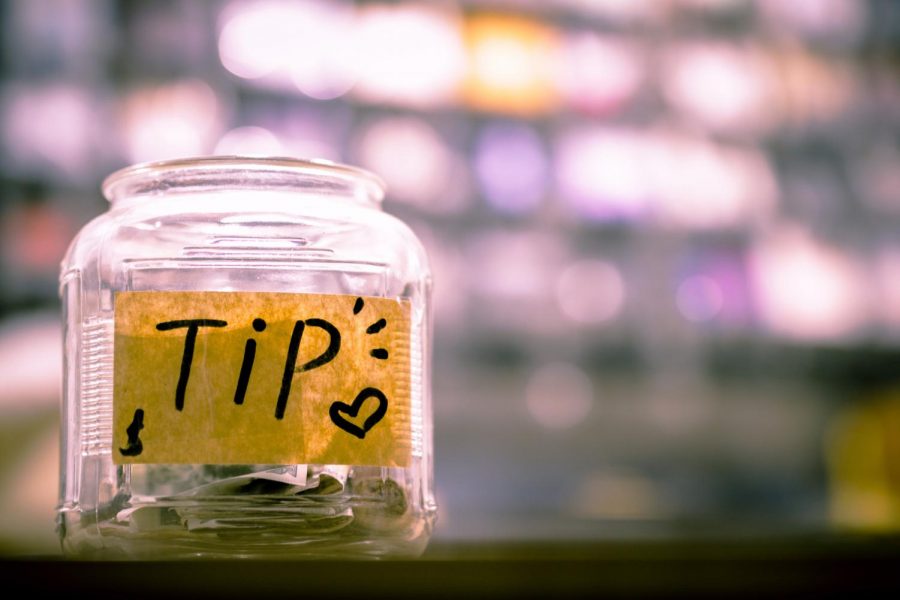 The service industry is brutal at times. It is our job as your server to make sure that you can enjoy a meal and catch up with an old friend or family. We are in charge of doing that for about 6-8 other tables, depending on the night and your given section.

A typical Friday or Saturday night would consist of prep work before the house gets busy. It is filling expo line (which is the garnish or extras), stocking plates, in my restaurant it would also consist of cutting bread since we gave out free bread with the meals. Then, after your section fills up you have to make sure that drinks are full, food is being ran out within the minute it is put up on the counter, checking to see if our kitchen has satisfied your needs, preparing the desserts if ordered and getting checks out in a timely order–not too quick but not long enough where they are waiting.

Serving is all a guessing game. Every table is different. Some want to interact with their server. I have had many long conversations with my tables about my plans for school, where I am from and how I ended up there. Other tables have disregarded me completely. I have been told to “eff off” but I have also been told I was “a lovely lady with a bright future.”

One thing I have learned is that the tables you expect to cooperate and be kind are sometimes the hardest people to work with, but the ones who you think will make you run are the most understanding. To be honest, I always swallow my pride after those tables because I made a judgement that was not fair.

Serving is literally being a servant to other people’s needs, wants and desires in the food industry. According to Vice.com, serving is one of the most stressful jobs. Most people work 9-5 on a typical day, but servers typically work 5 pm-midnight. Which is less time than a 9-5, but when you are running around trying to get everything to your table in a timely manner, it is stressful.

One of the hardest parts of serving is it often feels like people forget that you are human and mistakes are made. As the server, I am the one who gets the heat for any mistake. That is when I go and get my manager because they are 1. Not emotionally invested in the table and 2. Have seen a lot worse problems than me.

At the restaurant I served at, my managers were awesome. They supported us servers in any learning experience that we had. They didn’t expect us to be perfect and when we made a mistake they didn’t give us grief for it, instead they fixed it and went on with their way.

A common theme I hear when serving or about servers is “why don’t you get a job that pays better?” or “get a job that has a more stable paycheck if you complain about not having money.” The thing is, I love serving. I love being able to interact with new people day-in and day-out.

Unfortunately, sometimes pay doesn’t reflect the work that we put in. The government requires servers to be paid at least $2.13 an hour with at least $30 in tips. Only 7 states and 3 territories require servers to be paid the states minimum wage. Commonwealth of the Northern Mariana Islands, Guam, American Samoa, Minnesota, Montana, Washington, Oregon, Nevada, California and Alaska.

It is important to remember that these servers often have another job to make it by. Sometimes they don’t, but that usually means they are working crazy hours. Tipping isn’t required by any means, but a simple tip can help a student get through college or a single-mom let their daughter dance. It might seem insignificant to you, but remember you never know what is going on in someone else’s life and us servers are doing the best we can but we are only human.