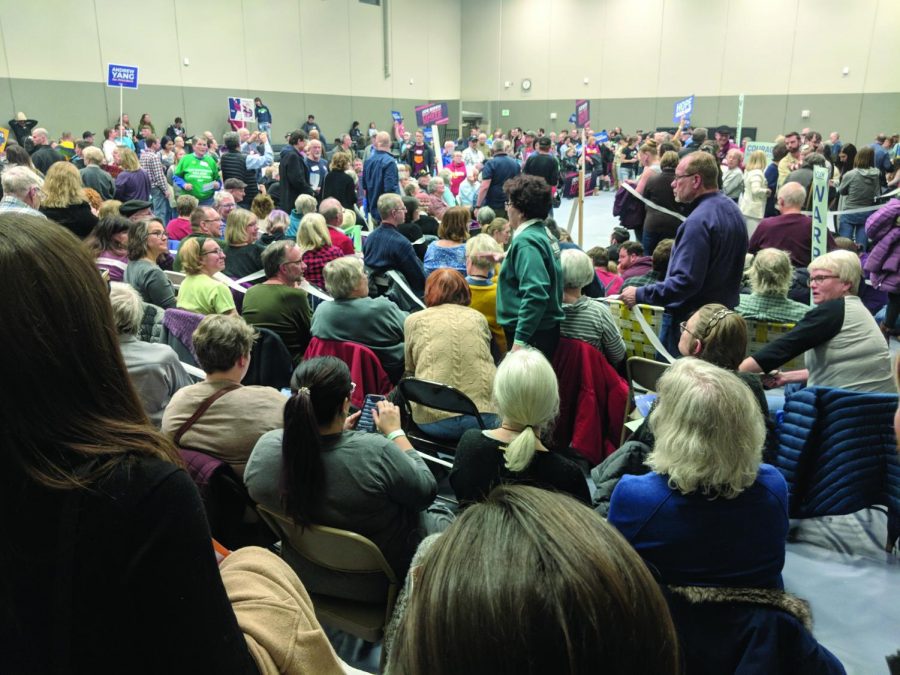 The state of South Carolina is next up to hold its primary for the 2020 Democratic presidential nomination.

The two early voting systems used in the U.S. are primaries and caucuses. Caucuses require voters to attend an event at a specific place and wait until their votes are counted manually, while primaries involve directly voting for a candidate. The two candidates with the most votes go head-to-head in the general. Each candidate requires 15% of the vote to stay viable in that district. If a candidate doesn’t achieve the 15%, their voters move on to another candidate.

Iowa was the first state to caucus for the Democratic candidates on Feb. 3. However, the caucus received publicity for disorganization and inaccurate results due to the use of a newly developed app. The disorganization of the Iowa caucus was pinned on an app the Democratic Party used that was developed by Shadow Inc., an app development company used by many state Democratic parties around the country. Iowa Democratic Party Chairman Troy Price resigned amid the chaos of the Iowa caucus. Nevada used the same app development company with better results than Iowa.

Buttigieg claimed victory in Iowa before the caucus was over, which promptly received criticism from other candidate supporters. Buttigieg received the same amount of votes as Sanders at 26.2%, but Sanders got one fewer delegate than Buttigieg. Warren followed behind with 18% of the vote and Biden got less than 16%.

New Hampshire was the first state to hold a primary, which happened on Feb. 11. Sanders won the Democratic popular vote for the state at 25.7% and received nine delegates, Buttigieg received the same amount of delegates despite a 2,000 vote difference. Klobuchar took third and received six delegates.

The Nevada caucus, which took place on Feb. 22., was the most recent caucus to take place. Fewer than 7,500 Democratic voters took part in the caucus with Sanders getting 46% of the vote. President Trump took to Twitter to congratulate Sanders and throw insults at the Democratic candidates.

“Congratulations Bernie, and don’t let them take it away from you!” President Trump said.

Known as Super Tuesday, the next primaries will take place on Mar. 3., with Minnesota, Alaska, Texas and California and 10 others taking part. Super Tuesday is an important event for candidates in terms of delegates and confidence. The emerging Democratic winner of these states will have a strong chance of receiving the Democratic nomination.