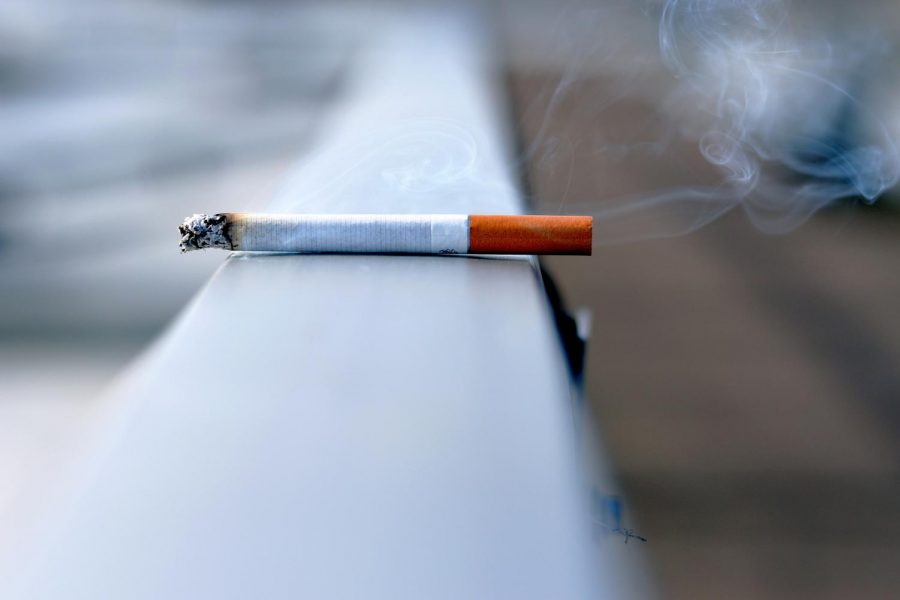 Coming from a household where both of my parents were addicted to smoking having all of their experience before my existence. I grew up hearing the phrase, “don’t smoke, it is an expensive, bad habit.” Also growing up, my school counselor would come into our elementary classes and talk about the dangers of smoking and the use of tobacco in general.

From then on I made the promise to myself that I would never ever smoke, nor even try it. Well time went on, peer pressure arose, and my teenage self became curious and slightly rebellious and ended up trying a smoke. After trying a smoke, I definitely did not get that “oh, I am a cool kid now” attitude. But at the time, I did feel like I had made a ‘big’ decision for myself.

After about four more cigars and one cigarette over a period of a couple weeks, I decided that smoking wasn’t for me, and hallelujah for that.

Due to the health dangers and expensiveness of smoking and tobacco use, I am incredibly thankful that I did not become addicted in my “curiosity” phase.

I think that advertising for tobacco use should be illegal to a certain extent or at least monitored closely. Just because tobacco is still 100% legal for those of age, does not mean that it is healthy. I do not see any positive reason that comes from using tobacco, other than stress relief or comfort, but I believe that there are much healthier and less expensive stress relievers and comfort resources that can be utilized in place of tobacco use.

I also remember as a kid seeing many tobacco advertisements especially ones that revolved around smoking which I think is scary to think that children at a young age are seeing dangerous substances being advertised in a positive way. To me, this is a type of deceiving or lying.

According to cdc.gov, in 2016, cigarette and smokeless tobacco companies spent $9.5 billion on advertising and promotional expenses in the United States alone.

If deceiving advertisements are legal for smoking and tobacco use, what is next? Where is the line drawn for prohibiting deceitfulness in advertisements? If the line is not drawn in lying or skewing information in advertisements, I believe it will only continue and become more dangerous and uncensored, which frightens me for the children watching.

Promoting something that is dangerously unhealthy is not good for society-especially in advertising when they portray the smoker as cool or hip when considering high schoolers being the viewers and the amount of peer pressure that goes on.

According to jamaicahospital.org, “When it comes to smoking cigarettes, the U.S. Department of Health and Human Services noted the rate among teens that have three or more friends who smoke is 10 times higher than those that reported none of their friends smoke.”

If tobacco advertisements must be shown, I think that they should have to be highly monitored in the message that is being displayed and the health concerns and consequences of using the substance must be presented just as much or more than the product itself is being presented.