State of the State Address 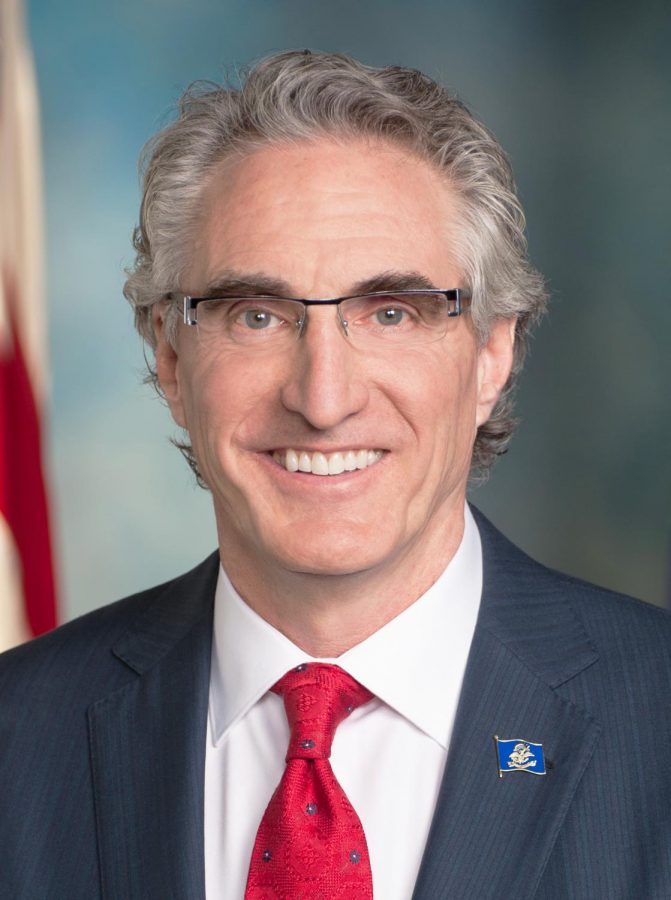 On Jan. 29, the Governor of North Dakota, Doug Burgum, delivered his 2020 State of the State address at the Chester Fritz Auditorium. Governor Burgum started his speech by thanking the legislative branch of North Dakota and tribal leaders from around the state for their continued determination for the success of North Dakota. The first-term governor focused on a variety of topics throughout the speech, including agriculture, energy, veteran affairs, etc., while explaining how important North Dakota is to the world.

Shortly into Gov. Burgum’s opening statement, a drone made an appearance to deliver a clicker to the governor, which prompted appraisal from the governor for the aviation and unmanned drone industry. The address quickly shifted to different topics involving North Dakota.

When discussing the hardships that farmers and ranchers have faced over the years, the governor showed his support and respect for the agriculture industry. Gov. Burgum was humbled by the sense of support that farmers have for each other and their community.

“These are people who give without expectation of receiving anything in return, and I’ve seen this time and time and again, when we have a natural disaster, the incredible harvest that we had this fall with ranchers and farmers helping each other and helping their school districts and their townships,” Gov. Burgum said. “I mean, it is really incredible that we’ve got such a special place to be here.”

“There were actually seven crops in this last year, in spite of the challenging harvest, seven crops where North Dakota still leads the world in terms of number one in production,” Gov. Burgum said.

With North Dakota being the lead producer of a variety of crops, harsh conditions and failed crops can have a serious impact throughout the world. Due to the floods last year some farmers have been struggling, but Gov. Burgum declared a disaster to help get farmers the support they need.

“Billions of dollars of crop were unharvested this last year, and we’re very fortunate that last week that President Trump, in a very quick manner, approved our request for a presidential disaster declaration, which covered 16 of those counties.” Gov Burgum said.

“In (addition to) feeding the world, we’re also powering the world. We’re number two in crude oil, sixth in ethanol, seventh in wind, eighth coal, 10th in natural gas and biodiesel.” Gov. Burgum said. “And this is at a time when the world needs power. There’s a billion people on the planet that do not have electricity.”

Gov. Burgum went on to thank veterans from around the state and showed his support for military families. The governor also spoke of a new budget that helps support military families and the burial of soldiers.

The governor spoke of diversifying the economy of North Dakota in the event of a collapse of the agriculture or energy industry. “The third option” as Gov Burgum put it, is technology, which North Dakota is starting to excel at. Everything from farming to aviation includes technological innovation, which is why it is so vital to continue research into new advancements.